Off the Post: Declan Bonner was correct to go - he knew the time was right

In his weekly column, Gerry McLaughlin says Declan Bonner had long-since done all he could for Donegal football and was right to take the decision to step aside last Wednesday night 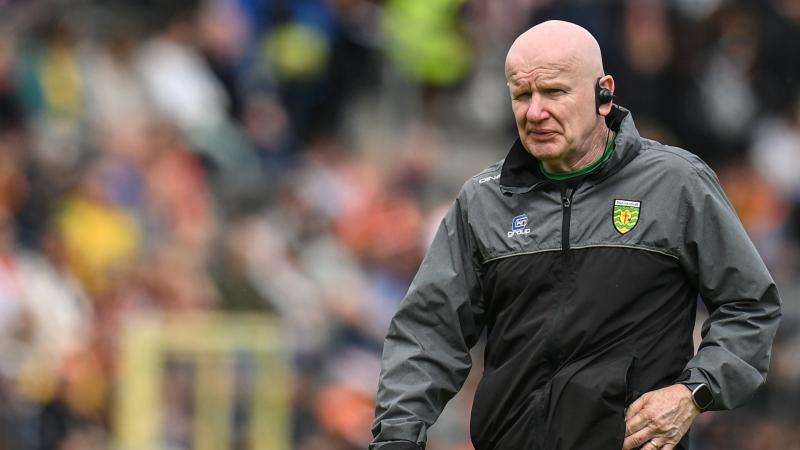 In sport as in life there comes a time when we must all go out the gate - some to new pastures and others to retire. The secret is knowing when and how.

Former Donegal manager Declan Bonner made a graceful, eloquent exit after weeks of simmering speculation. It was needed.  By all accounts, he was like a man who could finally be himself and a man who knew he had made the right decision.

It was a sensible move by the manager and the County Board to arrange a press conference on the same night as the County Committee meeting. The county board invite sent out spoke of the “unprecedented speculation in the media.”

But then excessive silence always breeds speculation. But retire will never be a word you could use about one Declan Bonner of Na Rossa.  A few weeks ago, somebody said of the late great Derry hurler and footballer Collie McGurk from Lavey that he had the spirit and joy of a teenager for the game he loved.

For me, Bonner has always had that spirit and joy - the simple joy of a footballer or hurler when you hit the O’Neill’s or the sliotar on the sweet spot. And he can still do it in his fifties. The most iconic shot of Bonner is that final clinching point in 1992 when he showed the grace and balance of a ballet dancer and the timing and execution of a matador with that sweetest left foot that put the Dubs to sleep.

A less well known one was witnessed by this writer on the week that Donegal were preparing to play Derry in the Ulster final of 1998. They were training in the Naomh Bríd pitch and boy was it a different world as the reporters rocked up and watched training and we could actually talk to the players in the days long before paranoia and control freakery set in.

Declan Bonner was only 32 and but for a serious injury would probably have still been lining out in his beloved green and gold. He was the manager, but he was as fit as any of the players.

I remember a ball coming out towards Bonner and it was towards the sideline and he caught it and walloped it high over the bar.  It was simple spontaneity, as natural as breathing from a man who lives for the joy of the game. 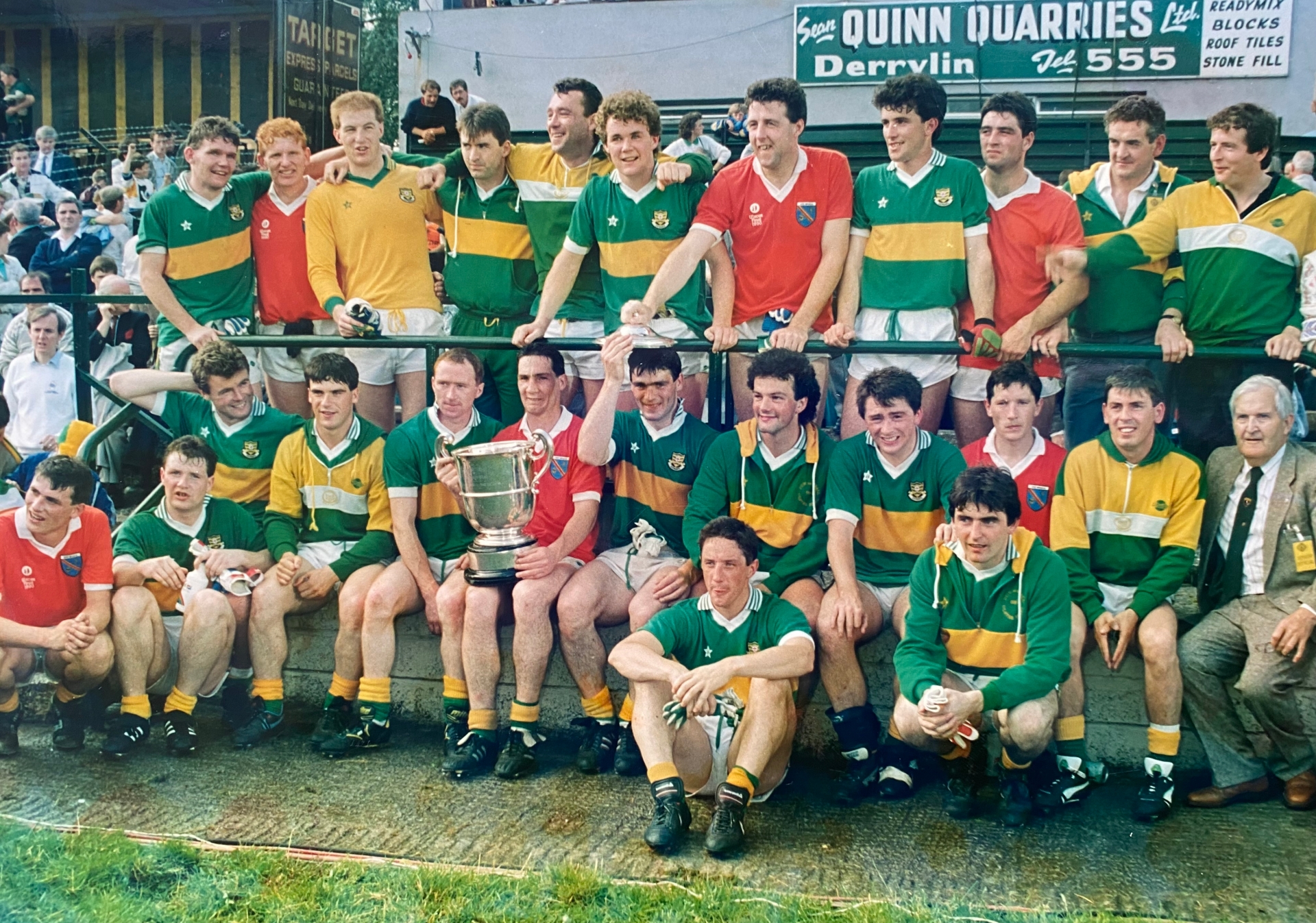 A few years ago, he was filling in as keeper for Na Rossa and he made a brilliant double save but that was not what remains so remarkable.

He was kicking the ball out to one of his sons and each kick was as straight as a dart heading for the bullseye and they were landing 40 to 45 metres - it was all so effortless but just imagine the years of practice that went into perfecting that most difficult of arts.

How many players of his age and generation can still do that - not too many, I guess? But he still has the spirit and joy of the teenager hitting the sweet spot and keeps himself in excellent shape.

And he and this writer have had a few run-ins as happens, but I always felt the real Declan Bonner was the boy with the banter - the lightning one-liner that he would sometimes slide in at a press conference.  And you needed to be at yourself to take him on in any form of verbal volleyball. Of all of the 1992 heroes, he has given the most to his county.

And he continues to do so, with his club Na Rossa, still in love with the game and the sweet spot. 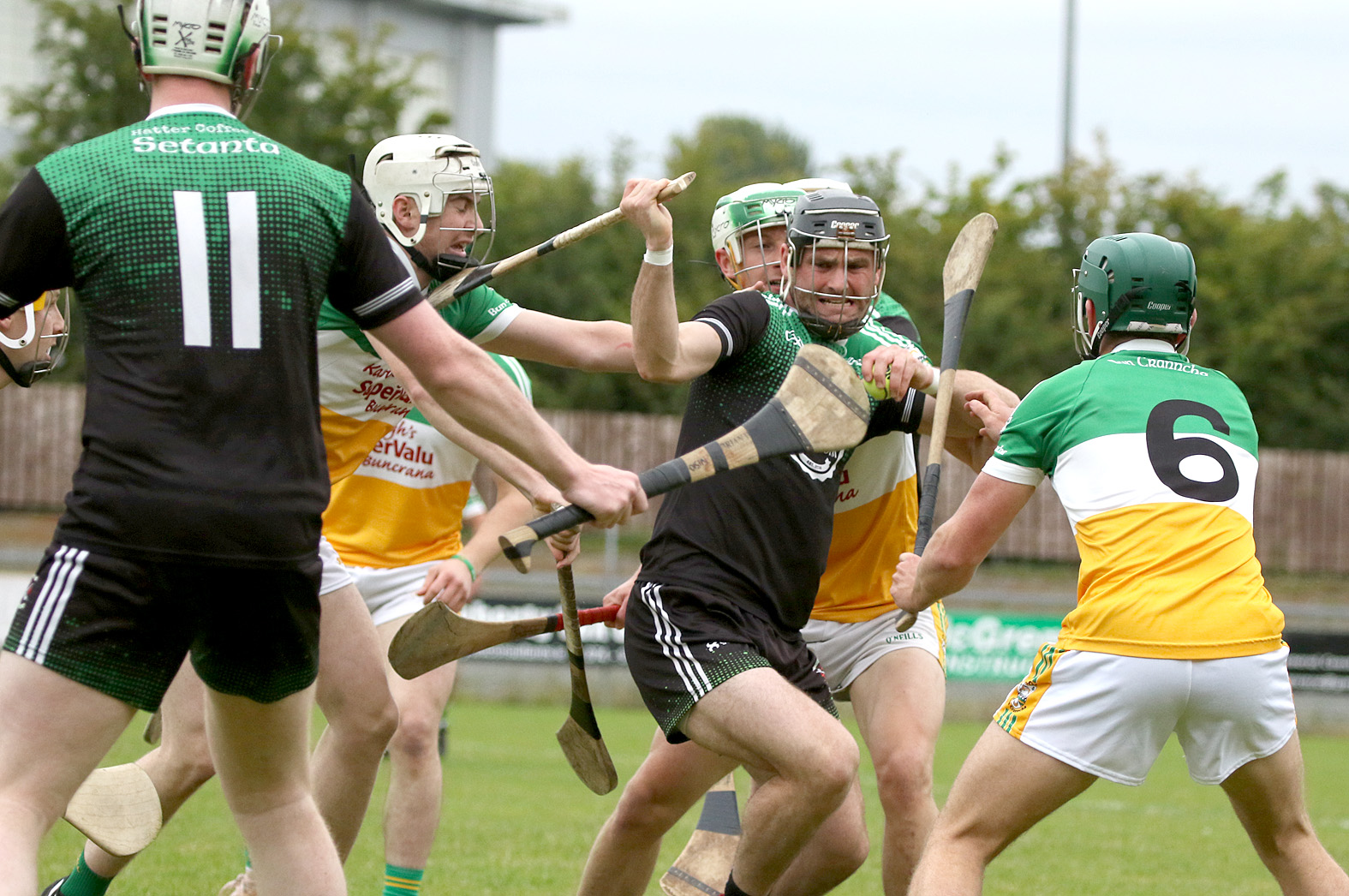 This weekend, history will be made in Donegal hurling.  For the first time ever, there will be county finals in Senior, Intermediate and Junior grades. This is a measure of how the game has come on in the past decade.

The more players playing the game, the better the chance of improving standards. Ten years ago we had only four senior teams in the county in Setanta, Burt, St Eunan's and Sean MacCumhaill’s.

In 2022 eight teams took part in the SHL and SHC with the four bottom teams in the SHC going into the Intermediate Championship.

For the record, the teams were reigning county champions St Eunan’s, Setanta, Burt, Buncrana, Sean MacCumhaill’s, Carndonagh, Dungloe and Aodh Ruadh.  Setanta and Burt will clash in what could be a cracking SHC final while Carndonagh take on Sean MacCumhaill’s in the IHC final.  And Setanta B take on St Eunan’s B in the JHC final.

Four Masters and Letterkenny Gaels also took part in the JHC. Overall, the standard of striking, blocking and hooking has improved considerably, but there is a shortage of coaches to meet the increased participation. And, for the future Development Squads are vital and a lot of good work is being done in this area. County wise it was once again so close and yet so far for Donegal hurlers.

They were beaten in extra time by Down in the Conor McGurk final in January were shocked by a youthful Sligo in the NHL Division 2 B semi-final after securing their status earlier on in the season. And if they had Davin Flynn on board against Tyrone, it could have been a very different story in the Rackard Cup. But this weekend is an historic showpiece for hurling and credit to all those who have made it so.