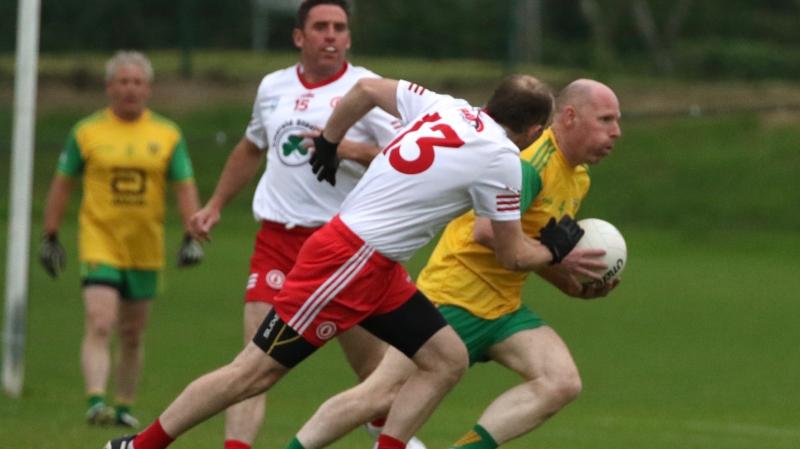 Donegal went down to Tyrone on Wednesday night in Convoy

The draw for the play-offs ahead of the semi-finals of the All-Ireland Masters Football Championship could’ve been kinder for Donegal.

Mark Cannon’s side were beaten 0-13 to 0-11 by Tyrone at the Donegal GAA Centre on Wednesday evening which meant the Red Hands progressed to the last four as the only side in the entire competition with maximum points - six wins from six.

The play-off will be contested at a neutral venue at a date as yet unconfirmed. Before meeting Tyrone, Donegal had chalked up five victories in succession. They opened with a win over Cavan away on a 2-13 to 0-12 scoreline, before a 0-17 to 0-9 success over Louth at the Donegal Training Centre in Convoy. Down were defeated 4-8 to 0-6 in Newry before a 4-13 to 2-13 win in Collooney against Sligo. Donegal then emerged as 2-15 to 1-9 victors over London.