Jim McGuinness not in frame to be Donegal boss again Jim McGuinness will not be in the running to be the next Donegal senior football team manager, Donegal Live has learned.

There has been much speculation about the Donegal vacancy since Declan Bonner’s resignation from the role two weeks ago with suggestions that the Donegal County Board should headhunt McGuinness.

However, it is understood that McGuinnesss, a three-time Ulster SFC winner with Donegal between 2011-2014, will not be among the candidates.

McGuinness enrolled on the UEFA Pro Licence course in January 2019. 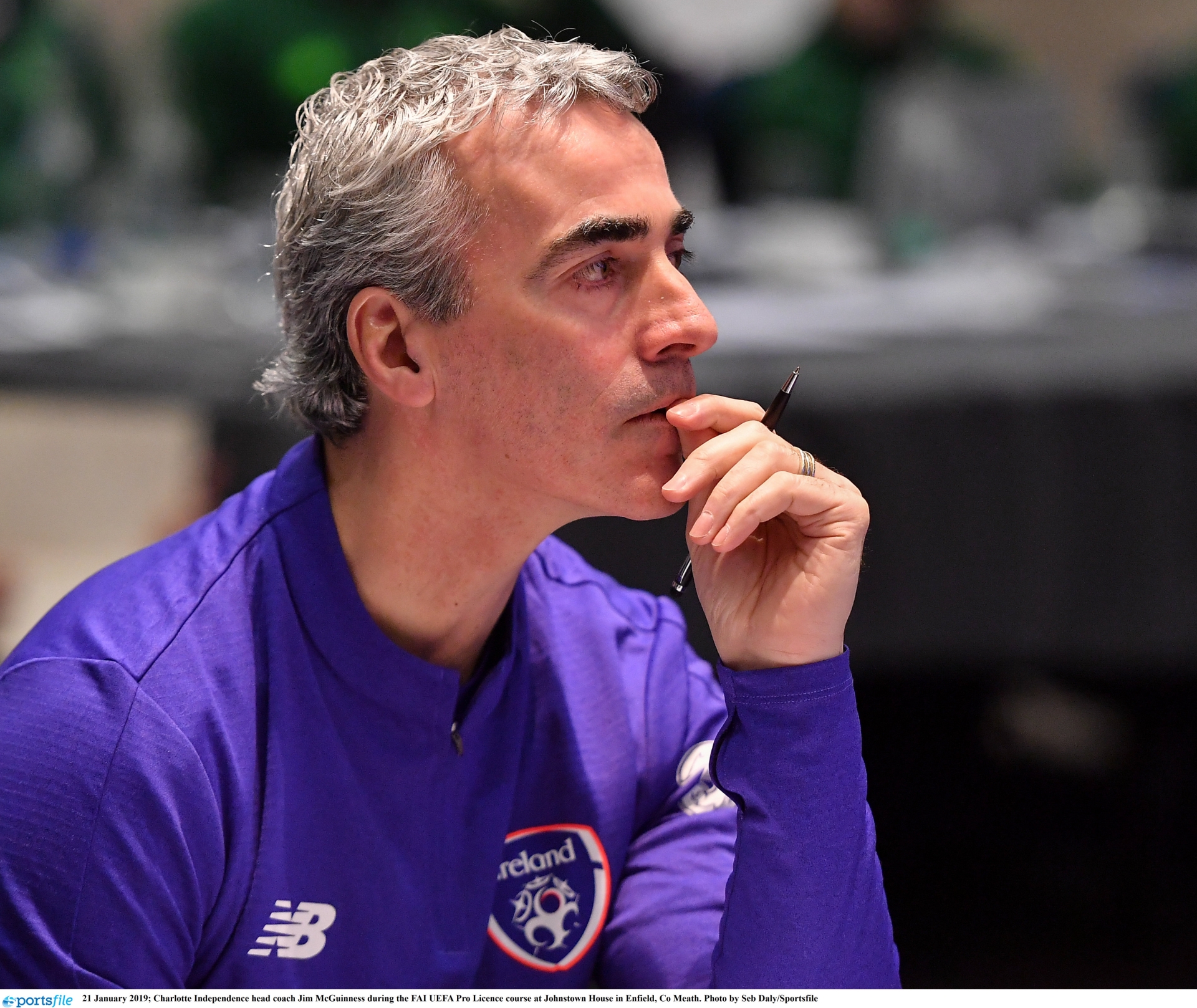 McGuinness began his coaching career while working at Celtic FC - who he joined as a performance consultant in late 2012 - before moving to Chinese Super League outfit Beijing Sinobo Guoan, where he worked as assistant to Roger Schmidt.

A subsequent switch saw him become head coach at Charlotte Independence in the USL Championship in America, but his tenure ended in June 2019 after just one win in 14 games.

The 49-year-old, who is based in Donegal again, has been linked to jobs in the League of Ireland with Dundalk, Galway United, Derry City and Sligo Rovers all mentioned as possible destinations. Last summer, McGuinness worked with Derry City’s under-19s as part of his Pro Licence course and the Candystripes won the Enda McGuill Cup.

In October 2020, McGuinness said that his ‘focus is on soccer and bring to fulfil the journey I’ve been on development-wise’.

When the subject of rumours of a return to inter-county management surfaced last winter, McGuinness confirmed approaches, but said:  “I told them all the same story - that I am very much focused on soccer at the moment and waiting to see what might happen or not happen.”

The process for the selection of a team manager to replace Declan Bonner as Donegal senior team manager will be decided after the closing date for applications, which is set for Monday week, August 15th.

There has been much discussion and rumours around the composition of the three person committee which will have the task of sifting through any applications that are forwarded by clubs before the closing date.

It has been learned this week that the decision to delay naming that three-person committee is to avoid any conflict of interest between any applicant and the committee members.

It has also been learned that the selection committee will then have the authority to interview any applicants or, if required, to seek applicants for the post.

With Donegal not due back to inter-county action until January of 2023,  time is on the side of the Donegal Co Board, but there is also some hope that the new team manager will be in place before the end of the club championships in the county, which is the showpiece for all club footballers.

Meanwhile, there was bad news for Donegal senior player, Odhrán McFadden Ferry, who will miss the Donegal senior championship with Gaoth Dobhair and also a good part of the 2023 inter-county season after suffering a cruciate injury.

McFadden Ferry has been a central defensive figure for Donegal since making his championship debut in the Ulster final of 2019 against Cavan.