Naomh Muire caused an upset when they overcame Malin in their IFC opener on Saturday night at The Banks. 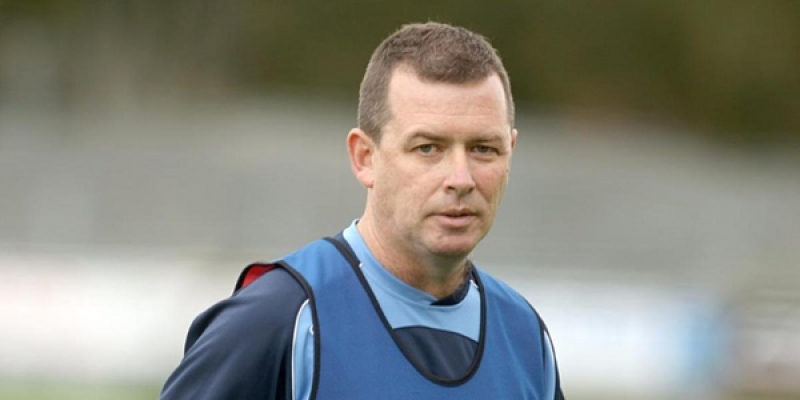 Chris McNulty at The Banks

A 1-6 to 1-5 win saw Naomh Muire, spurred by a 42nd minute goal by Daniel Devlin, upset the odds at The Banks.

While O’Donnell pointed to the ‘spirit’ of his squad, he was equally keen to note that Naomh Muire’s brains were as important as the brawn.

“We had a huge spirit out there and we have a very proud record at The Banks. Coupled with that spirit, I felt that we were very smart on the ball.

“Spirit only gets you so far and you still need quality football. Playing against that breeze in the second half, I felt that our effort was massive.

Daniel Devlin's goal was the big score as Naomh Muire overcame Malin in their IFC opener at The Banks.

In the just-completed All-County Football League, some 16 places separated Malin - now bound for Division 1 - with Naomh Muire, who finished third in Division 3 and won promotion via a play-off win over Na Rossa.

Adam O’Brien scored three first-half points as Naomh Muire racked up a 0-6 to 0-2 advantage and they were able to hold on despite Malin’s Daniel Houghton netting an goal in added time.

“The defensive work was key for us in the second half,” O’Donnell said.

“It is a serious result. We felt okay coming into the game having promotion from Division 3, but I had a look at Malin last week and we all knew they were the best team in Division 2 all year. Kevin ‘Cookie’ (Gallagher, Downings manager) alluded to it last week that Malin were the best team and they’re going to Division 1 next year.

“Most people would have said we were the lowest-ranked team and we came in with most people probably expecting us to be bottom. That’s a massive boost, but the challenges keep coming.”

Naomh Muire go to Termon on Friday night. The Burn Road men saw a six-point lead slip in a draw at Gaeil Fhánada on Saturday evening.

O’Donnell believes that their diligent fitness regime, overseen by Paul Fisher, who was previously on Jim McGuinness’s Donegal backroom team, is reaping dividends.

The Naomh Muire boss said: “I always believe in the players in terms of their fitness. We have worked very hard in the gym. We trust our fitness levels, we trust that we can run the ball hard and drive the ball hard.

“A four-point lead would never be enough without that spirit and smartness on the ball. We showed that big time in the second half.”