Daniel Devlin's goal was the big score as Naomh Muire overcame Malin in their IFC opener at The Banks. 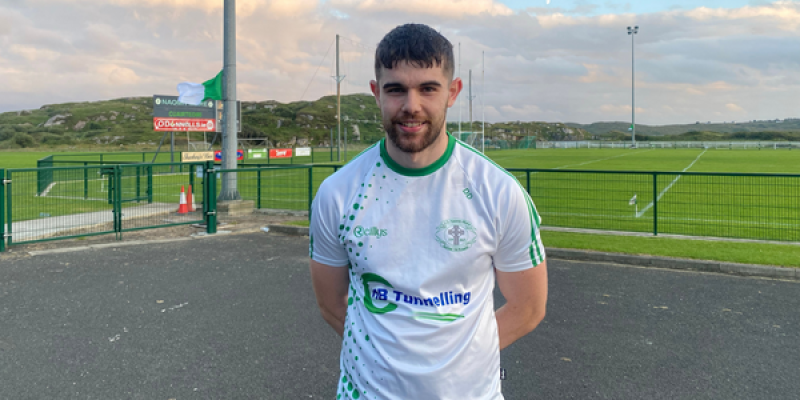 Chris McNulty at The Banks

Make no mistake about it, this was no smash and grab by Naomh Muire.

When Daniel Devlin blasted to the net in the 42nd minute, the Lower Rosses men found themselves six up, 1-6 to 0-3, on Malin and on their way to something of a seismic shock in the Intermediate Football Championship.

A last-gasp goal from Daniel Houghton jangled the Naomh Muire nerves a little, but Danny O’Donnell’s men were deserving winners.

Naomh Muire were industrious and, for the most part, disciplined. To borrow that oft-used cliché that has entered the vocabulary, they trusted the process.

A 0-6 to 0-2 lead in the first half laid the platform for Naomh Muire and Devlin’s goal lit the touch paper at The Banks.

Devlin took a pass from Harry Harden and had only one thing on his mind. Devlin powered in before riffling low past Daniel Mullarkey in the Malin goal.

Both sides entered this IFC opener on the back of successful League campaigns, Malin returning to Division 1 and Naomh Muire having defeated their derby rivals Na Rossa in a play-off to earn promotion to Division 2.

Malin made the 125km journey to Mullaghderg six days after being stunned a sensational goal by Downings’ Johnny McGroddy, with the last kick of the game, snatched the Division 2 title from their grasp at O’Donnell Park.

Adam O’Brien opened the scoring for Naomh Muire, but Josh Conlan levelled from a free and Paul McLaughlin briefly had the Inishowen side in front, linesman Mark Dorrian overruling the initial decision to call a wide.

O’Brien arrowed over from the right and the big midfielder nonchalantly split the sticks from the ’45 to put Naomh Muire back in the lead.

Christy McLaughlin was off-cue with a chance to bring Malin back onto an even keel, but it was the home side who finished the half strongly.

With a testing wind from Mullaghderg Lough in their sails, Ferdia Doherty, Eoin Martin and Harry Harden, who landed a well-executed free from the right sideline, Naomh Muire were 0-6 to 0-2 ahead when referee Kevin Doherty called for the ball at the interval.

Devlin’s goal widened the margin significantly and it was needed. In added time, Houghton steered home from Ciaran Doherty’s ball in, but it wasn’t enough to turn the tide.