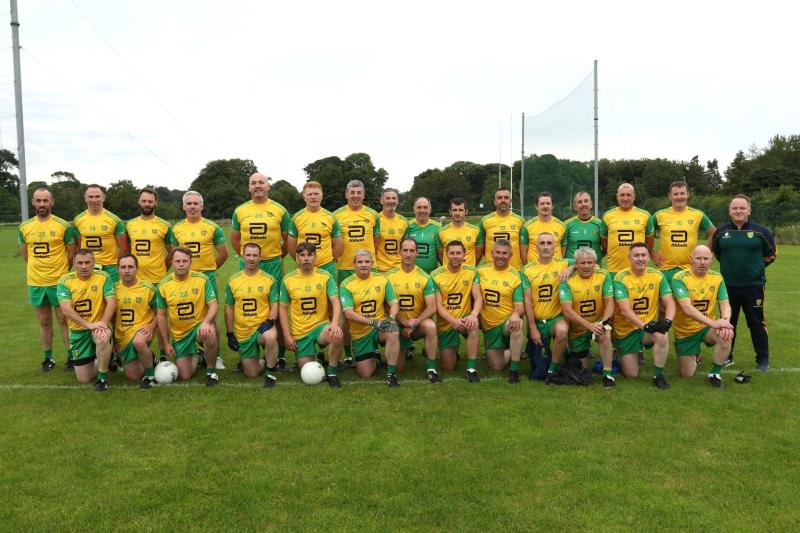 Donegal Masters were not match for a powerful Dublin Masters team in the top-flight play-off in Ballinagh, Co Cavan on Saturday.

The Dublin side had a very strong panel including a brother of former Dublin star forward Kevin McManamon, who caused the Donegal defence plenty of problems.

Donegal were without a number of their regulars including Stephen Coyle, Sean McDaid and Martin Donaghey and they could have been closer but for not availing of two penalties in the first half, one of which was saved and the other went over the bar.

They did have Benny Boyle back in the team and he proved to be their top scorer with 1-3.

“We were up against a very strong Dublin side but the players that were available for Donegal put in a good effort,” said manager, Mark Cannon.

“Fitness was probably the key. I was talking to the Dublin team afterwards and they are training two nights a week since the start of the season. There is a professional look to them, even more so than Tyrone, with six or seven mentors on the sideline.

“We had 25 players available and all of them got game time on Saturday,” said Cannon.

Dublin’s win put them into the Mick Loftus Cup top tier competition along with Kerry, Clare and Tyrone.

Donegal will now contest the second tier, the Shield semi-final. The other teams in the hat are Galway, Roscommon and Kildare. The draw will be made on Monday night for the semi-finals with those games scheduled for August 20th and should they reach the final, it will be played on September 6th.