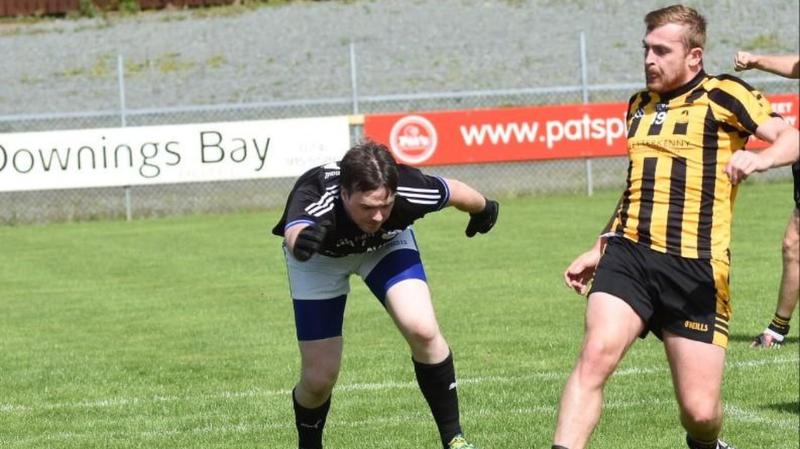 Lee McMonagle stole the show with a jaw-dropping performance for St Eunan’s with their Junior A Championship opener with Robert Emmets on Saturday evening.

McMonagle’s goal won the 2012 SFC for the black and amber and he scored a whopping 1-10 in the six-point victory. The full-forward was in devastating form with 1-5 of those scores from play.

Dylan McNamee kicked four points and was Robert Emmets’ top scorer in what was an all round good performance from a young and inexperienced local starting 15.

The home side’s line-up included five of last year’s minor team all who had their first outing in a senior championship.

St Eunans led by four points at half-time 1-6 to 0-5 and again Robert Emmets were in the game right to the closing minutes when St Eunan’s added three late points for a somewhat flattering winning margin.