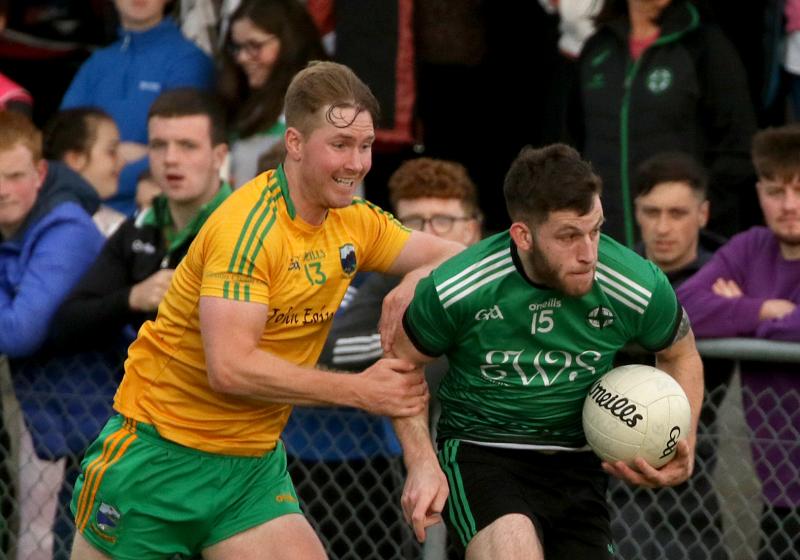 Naomh Columba are tipped to continue their winning ways as they host Convoy in the second round of the Donegal IFC this weekend.

That’s the firm belief of Kevin ‘Cookie’ Gallagher who guided Downings to a memorable All-County Football League Division 2 title with victory over Malin on the weekend before last, following on from their success in the Donegal IFC last season.

Naomh Columba had a tough away battle with Naomh Brid before coming through 1-10 to 0-9 while St Mary’s Convoy 1-12 to 0-9 lost at home to travelling Buncrana who could be there at the death in a very even competition. Downings’ opening fixture against Red Hughs was postponed as a mark of respect following the passing of Darren Lafferty, originally from Killygordon, late last week.

“Naomh Columba had a very good away victory against Naomh Brid on Saturday night, and they pulled clear in the end,” Gallagher said. “They have Aaron Doherty, a Donegal senior player along with Eric Carr and Paul O’Hare who are also quality players.

“And home advantage counts for a lot and Paddy Dolan is the focal point for Convoy, and they have Corey Lee Brogan, but you have to favour Naomh Columba.”

Naomh Brid travel to play Red Hughs, who will be playing in the competition for the first time this season.

“This could be a hard one to call and we drew up there with Red Hugh’s and it is a hard place to come away from with points,” Gallagher added. “I think that home advantage and the emotional factor of their sad loss, could spur them on to win.

“But Naomh Brid were only narrowly beaten by Burt in the Division 3 final so it could be very close.” 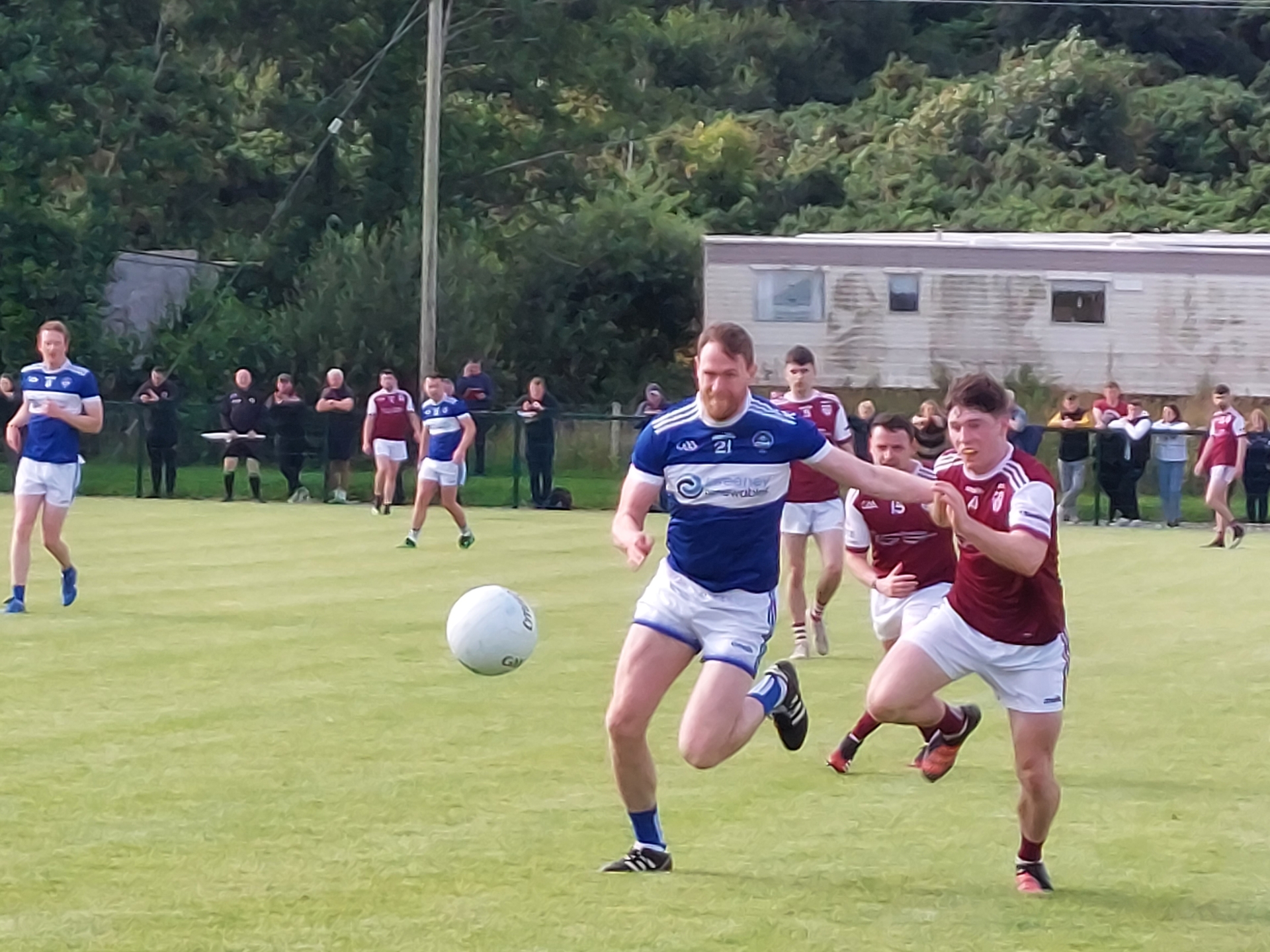 Meanwhile the clash of Termon and Naomh Muire at the Burn Road could be a very close call as well. Naomh Muire beat Malin 1-6 to 1-5 while Termon were six points up with 10 minutes to go down in Fanad and they were caught for a 0-14 to 1-11 draw.

“Termon will probably be kicking themselves to just get a point out of it and maybe before the game they would have taken a point,” Gallagher added. “Naomh Muire will be boosted by that win and Danny O’Donnell is a top manager and has them well tuned and they did well to get promoted from Division 3.

“They are playing with confidence also and home advantage and last week’s experience might just steer Termon home”.

Over in Rosses Park Dungloe, who are also fancied to go all the way, host Gaeil Fhanada and would be fancied to come through against Gallagher’s old club.

Oisin Bonner played a big part in their 3-10 to 0-9 victory over Burt last week while Gaeil Fhanada staged a mighty comeback against Termon in Portsalon.

“Dungloe got off to a good start against Burt and Oisin Bonner is a fine player,” Gallagher added.

“Fanad and Dungloe had a ding- dong battle a few weeks ago and Dungloe  came out on top. I will put this one down as a draw”. 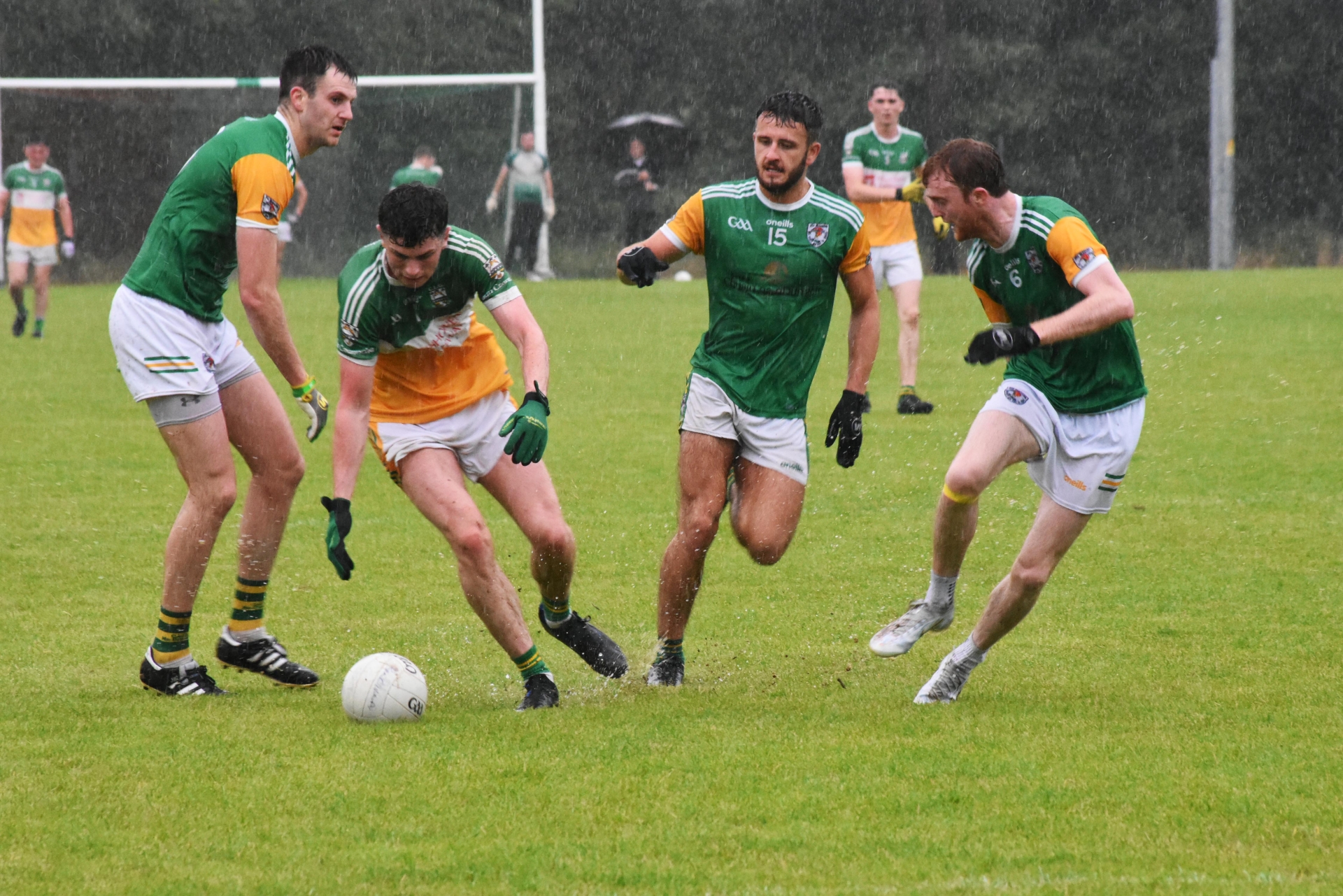 Gallagher’s own club Downings have a tough away test to Buncrana. Downings won 1-15 to 2-7 in their last league encounter, but Buncrana had little interest as they were mid-table and “Gary Duffy quite rightly had one eye on the championship,” according to Gallagher.

“They did not have Darach O’Connor, Sean Doherty, Caolan McGonagle and John Campbell only came on as a sub,” Gallagher said. “They are formidable opponents and anything we get on Saturday evening will be well deserved.

“Lorcan Connor and Johnny McGroddy have pace and can finish well too for us and play a big part in our game and they get special attention too.  That win will give us a good boost and our match last weekend was understandably put off following the sad passing of Red Hugh’s  Darren Lafferty and it was the right thing to do.”

And even though Malin lost by a point to Naomh Muire last week, Gallagher believes that home advantage and the firepower of the McLaughlins and Josh Conlon up front could be enough to see them through against Burt.

“They were unbeaten in the League at home and Burt lost at home to Dungloe,” Gallagher added. “Lady Luck was with us against Malin in that final. Christy McLaughlin was a real handful for us and he and Benny and Josh Conlon are all good players.

“Burt was not as strong and had a few injuries and it is an Inishowen derby but Malin should shade it”.