‘The thing about Ballyshannon, it's a lot like Strabane’ 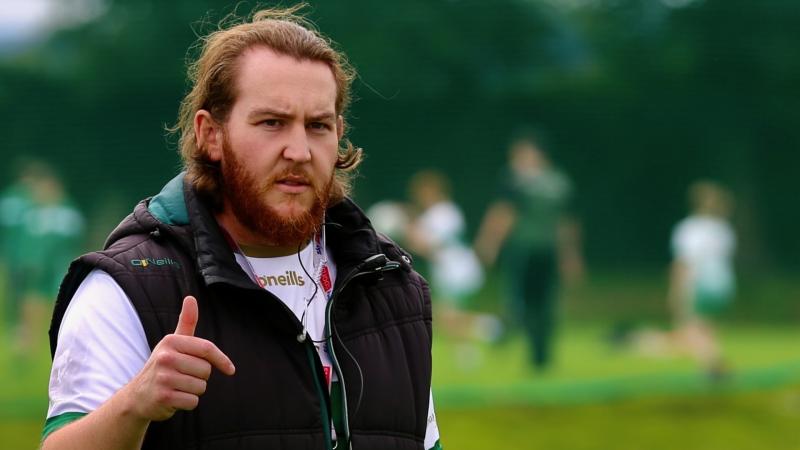 After three rounds of the group stages of the Donegal SFC, Aodh Ruadh are one of four teams assured of a quarter-final spot before a ball is kicked in the final group games on Sunday next.

The Ballyshannon side are playing in the senior championship for the second year in-a-row, after a 10-year hiatus. They have won an intermediate championship and a Division 2 league title before finishing third in Division 1 this year.

It has been something of a breakthrough and at the centre of it over the past two years is a Strabane-born coach, Aaron McGowan, who seems to have been there longer, such is the way he has immersed himself into the club.

McGowan's journey to Ballyshannon was hardly planned. As he says himself, he was coaching mad ever since he was 16 or 17. He laughed when asked if he played much football. "All I'll say is I'm a much better coach," he quips.

McGowan has a Masters in Sports Management. "I was always coaching mad. I had seen the professional boys on TV and always thought that it would be nice even to live something like a half lifestyle like that," he adds. 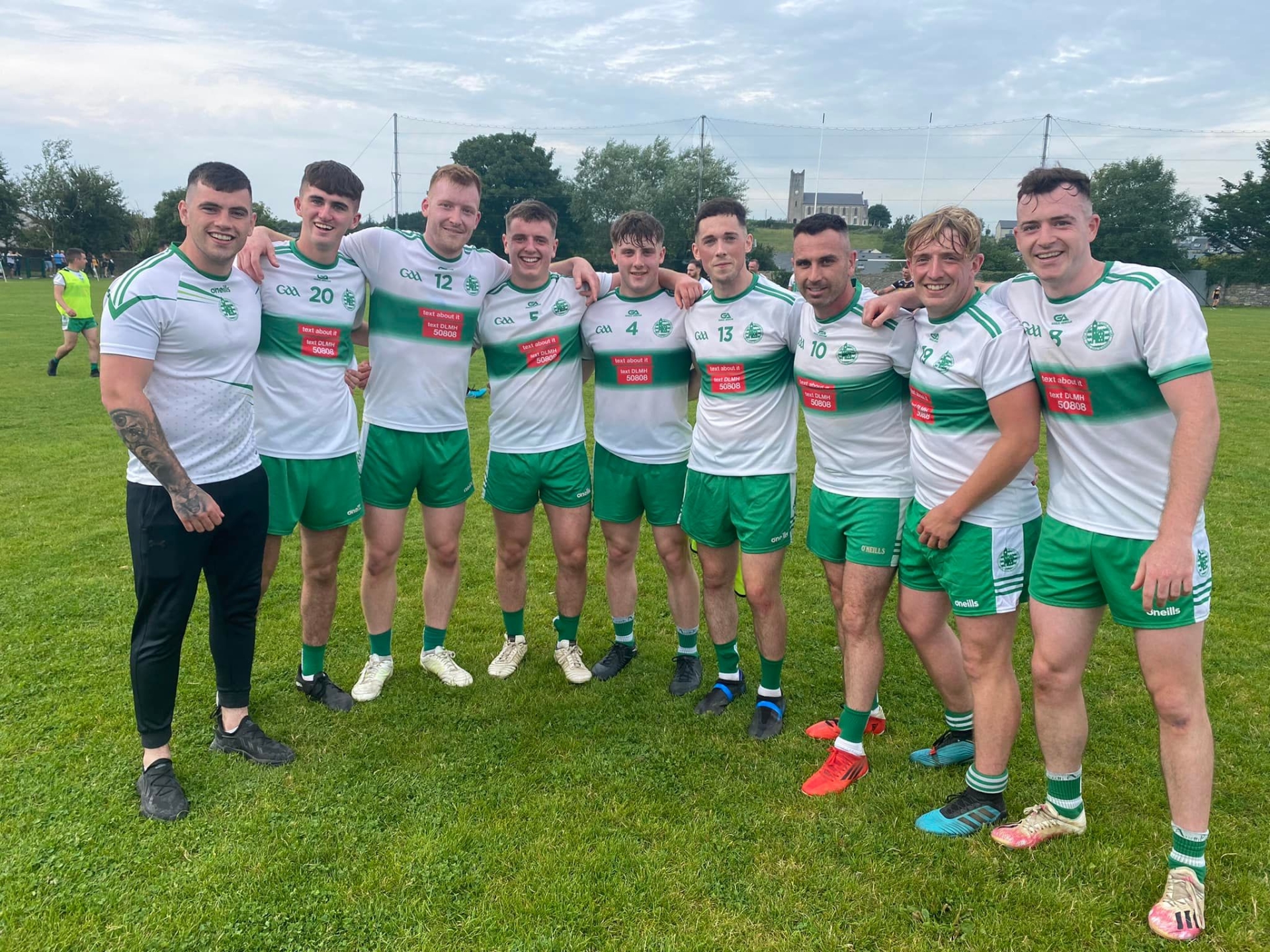 He was part of Ulster Council coaching scheme which was funded by Stormont, but when the pellets scandal which involved then First Minister, Arlene Foster, brought down the Executive, the funding was cut and McGowan had to go looking elsewhere for employment.

"I moved down to Sligo about four years ago working as a Games Promotion Officer, working with Academy squads and schools and things like that," he says.

So when it was put to him that Arlene Foster could be blamed for him being in Ballyshannon, he laughed heartily. The Aodh Ruadh coach expressed satisfaction with the win on Sunday last against St Naul's in the championship.

"We controlled a lot of the game,” McGowan says. “I thought the boys were fantastic again. We have a lot of attacking players and they are very, very fit. They look after themselves well. They had the mentality right and I was very, very happy with it."

He was also happy with the score amassed by his side in a 3-17 to 1-10 win - a big improvement on the first two games against Bundoran and Ardara, where they reeled off 1-8 and 0-9 respectively.

"In Donegal football it is very hard to get scores on the board,” McGowan says. “A lot of teams set up very defensively and they work together as a unit. It's very hard to break down at times. "That win against St Naul's should give the lads confidence now in front of goals and it's a lot different from intermediate football.

Off the beaten track: Stories from the latest round of championship

The Donegal SFC reached round three last weekend while the IFC group stages finished, so here's a few things you might've noticed


"You have to be able to adapt to different challenges on the pitch. Different teams bring different things. Like last week in Ardara, they held onto the ball for four minutes in their own half and they were four points down. It was excruciating to watch. And we had to put things in place at half-time to kinda go out and liven up the game.

"When we were going forward, Ardara were sitting back with 15 men behind the ball. It's the same with every team now, you have to protect your house. It's when you are on the ball, you have a massive responsibility to go and attack. It's championship football, you have to go for it. I think that's something that we have done well over the past three games, we
went for it and that's why we came out with the win.”

He felt that the game against St Naul's was more pure in terms that St Naul's were going forward. "A lot of the time it is the style of two teams coming up against each other,” McGowan added. “We like playing a fast game and any of the big teams that came down to play us this year experienced that. It's nice to have that," said McGowan. “It can be frustrating when teams don't want to attack.”

In his second year working with the panel, McGowan feels the side have made great progress over the last few years, firstly on Barry Ward and now under John McNulty.

"The work that Barry Ward put in with them was phenomenal,” McGowan adds. “The standards and values that he set and has been carried forward now by John McNulty and the rest of the management team are central. The committee have put the right people in place to maintain that level of standard, so it is absolutely fantastic bouncing off that environment. 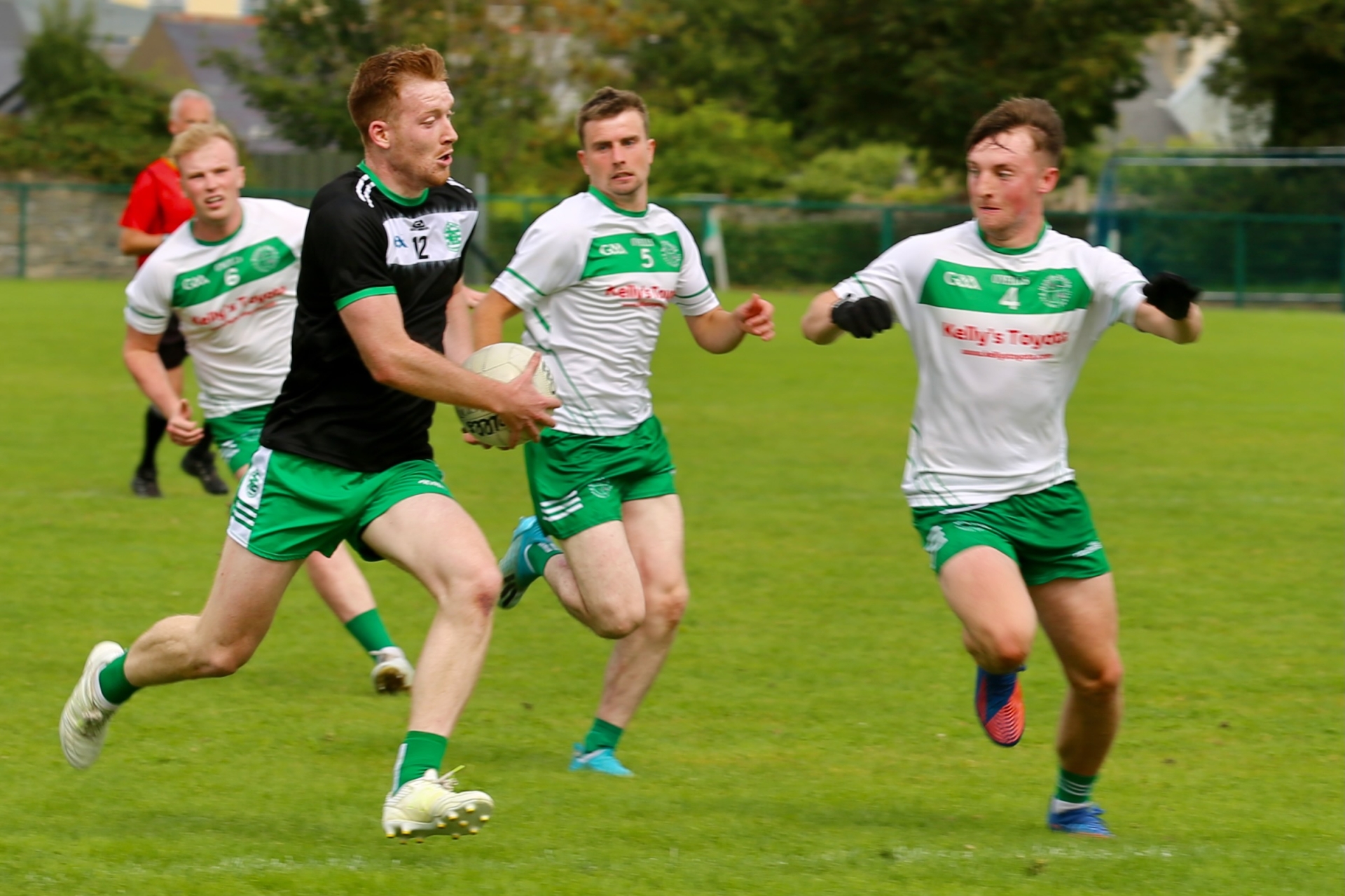 "They are absolutely loving it. They love their football; they are studying it all the time. They are training all the time. Our lads train six days a week, three times collectively and they are doing their gym work and extra running bits throughout the week.

"Their progression has a lot to do with their environment and the environment is fantastically healthy at the moment. They are a really genuine bunch of lads," says McGowan.

Even listening to McGowan, his passion for the game is infectious. Especially for someone who is just 29 years of age. His integration into the Aodh Ruadh club is interesting.

"I love it,” he says. “The thing about Ballyshannon, it's a lot like Strabane. There is a perception about Ballyshannon in Donegal which is pretty harsh; it would be the same with Strabane in Tyrone. The Shams as they call them. It's nice to be able to resonate with the lads; they get a lot of gripe but they are lovely lads, genuine lads. I think they get hard done by a lot of the time up the county.

"I love it simply because I can get on a level with the lads. There are a lot of similarities there; the club itself and how well it's progressing. What it's doing with its youth structures, how healthy of an environment they want to create around it.

"The lads really like to show that on the field that they are proud of where they come from and they are proud of the people who have helped them get on the field and give them the confidence," said McGowan, who says it is mentioned in the dressing room all the time about the fact that they are representing the people that helped them and also everyone that ever played for the club. That’s what I love about it. I love showing that through football."

Celebration time for Dungloe after victory over St. Eunan's in thrilling Minor final

It took extra-time before Dungloe eventually got the better of St. Eunan's in an action-packed Donegal Minor Ladies Division One final played at the Donegal GAA Training Centre in Convoy


And what would constitute success for the club in the remaining fixtures. They are fourth in the championship table and could possibly finish third.

"At the start you try and reach as far as you can,” McGowan adds. “That's where it has left us. We'll see how it plays out. "You always like to shoot for the stars. After the first year in Division 1 and a good league campaign, the championship is a different animal. Our goal was to get to the quarter-final and everything else is bonus territory.

“We have more or less reached that now. These boys are ambitious, they put in the work. They are earning it at the moment."
ADVERTISEMENT - CONTINUE READING BELOW