The season has come to an end for both of these sides after Sunday's Round 4 meeting at Pairc Taoibhoige. Glenfin were the better side and denied Four Masters an outside chance of finishing in the last eight 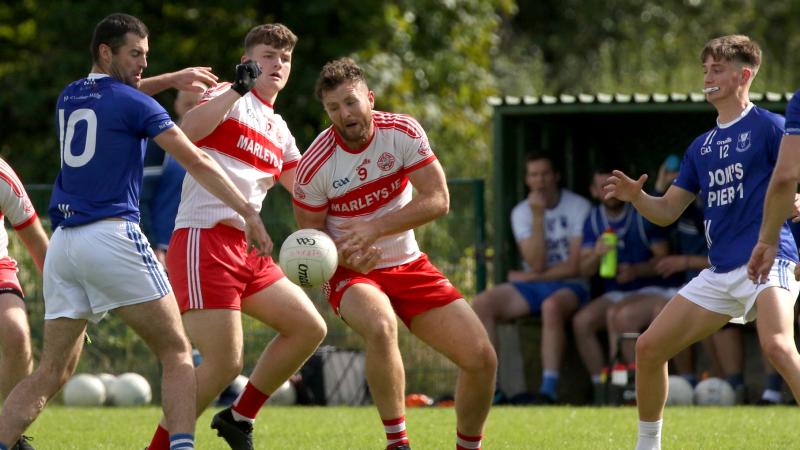 Glenfin's Stephen Ward (No. 9) about to gather possession ahead of Four Masters duo Patrick Reid and Joe Leape

In the end this Senior Championship meeting rather petered out as Glenfin eased to the victory they needed to avoid being dragged into one of the four relegation play-off spots.

The home side deserved the win, their first in their four championship matches and it means their season ends without the worry of the play-offs.

It’s a similar story for Four Masters who did have the chance of making the quarter-finals had the won this game and results elsewhere went their way.

But they were unable to contend with a Glenfin side who won this match in the third quarter during which they took control of the game.

There was only a point between the sides at half-time, Glenfin led by 0-8 to 1-4 even though Four Masters played some quality football in the first half. They scored the game's only goal on five minutes when Richard O’Rourke’s pass released Alex McCalmont in on goal and the half-forward finished well under the body of keeper Conor McBride.

But Glenfin recovered from that set-back and despite kicking five first half wides they knocked over some good points with Luke McGlynn again prominent with three points.

Four Masters played into a stiff breeze in the first half so would have hoped to take advantage of that wind after half-time.

But they just couldn’t get going. They chose to run the ball from deep and that seemed to play into Glenfin’s hands as the home side pushed up on their men and won some key turn-overs in the early stages of the half. 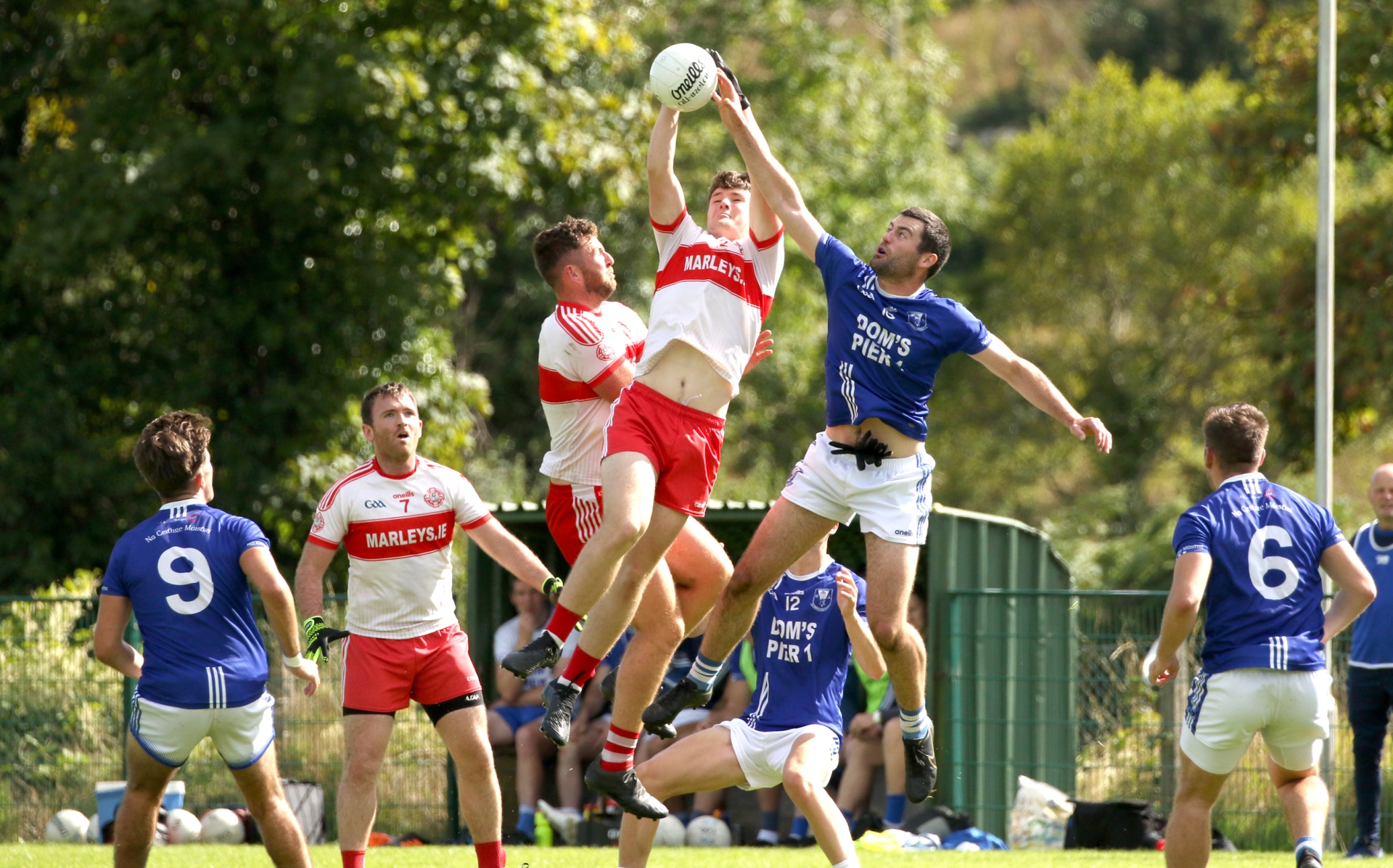 Shaun Ward converted an early free and that was followed by two brilliant scores from wide out on the right, the first from Stephen Carr, the second by Ciaran Brady.

Suddenly Glenfin were four points to the good and when Ward knocked over another two frees, the lead was out to six, 0-13 to 1-4.

Just to underline Glenfin’s dominance in the second half, Four Masters had to wait until the 56th minute before raising their first white flag of the half.

Tempers became more than a little frayed in the closing minutes as the match officials did their best to deal with some unnecessary skirmishes close to the sideline. Credit to referee, Enda McFeely, he handled the game well and when he blew for full-time, it brought the curtain down on both teams’ seasons in the knowledge that they’ll be back in the senior championship again next season