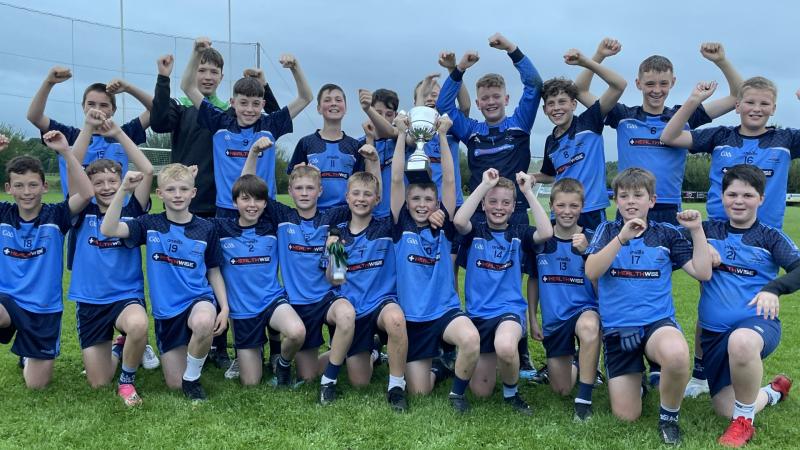 Moville pencilled a notable chapter with victory over St Eunan’s in the County U-13 Division 1 League final, to win a first ever underage A title.

The Carrick Field club laid the foundations with an excellent first half, following which they had amassed a nine-point advantage. St Eunan’s rallied in the second half and brought their arrears down to three, only for Moville to bolt the back door and see it out at Pairc Cholmcille.

Daragh O’Hare, at centre-forward, scored 2-7 in a top-class personal performance, although there were plentiful support acts. 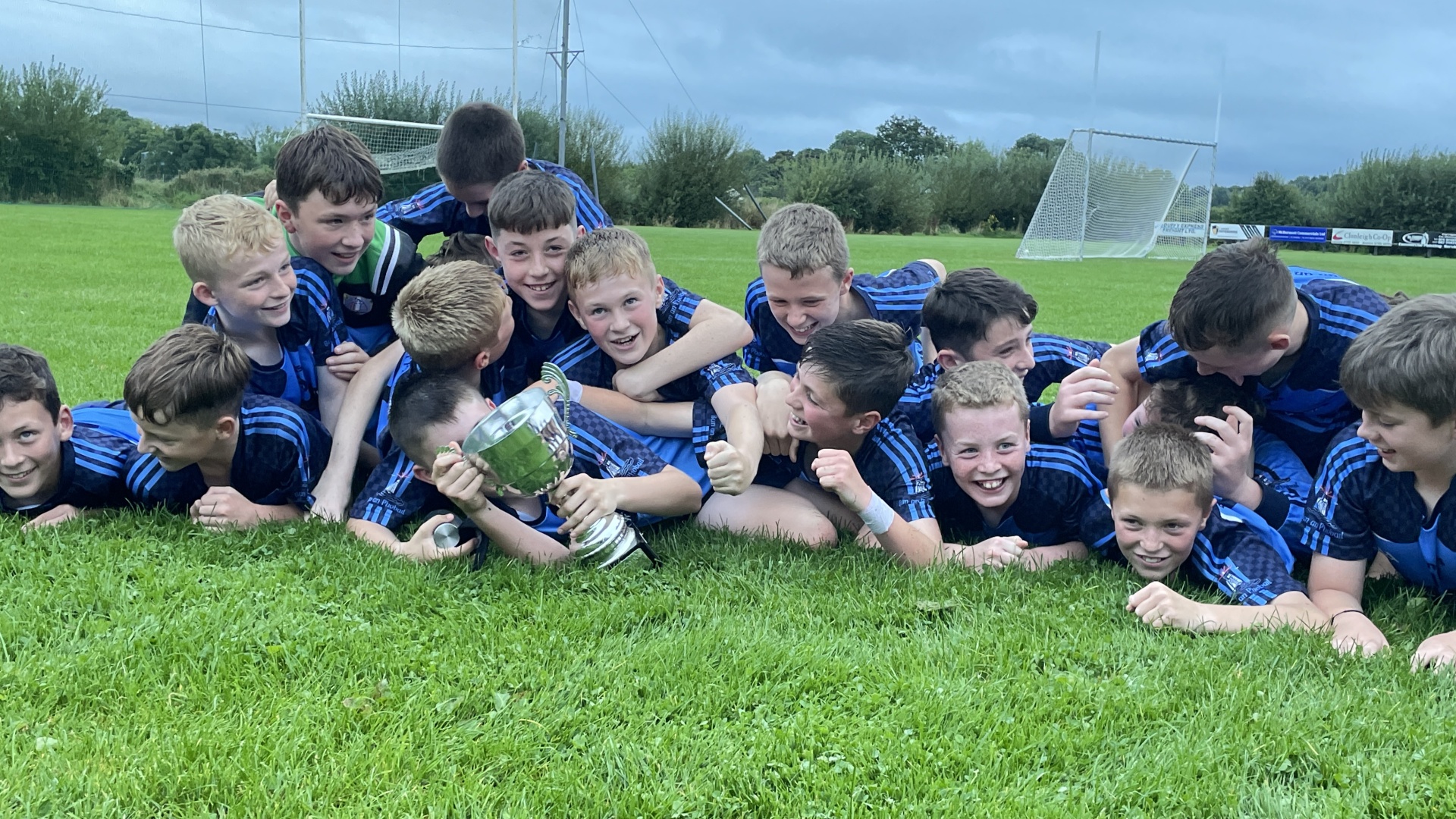 For the beaten Letterkenny side, they will be looking to bring some of the form they showed after the break into the cup competition which is due to get underway in the next fortnight.

Moville’s final appearance had gained plenty of headlines, although there were no nerves on show as they set about their task from the first toot of Martin McKinley’s whistle and had 1-3 on board inside of nine minutes. 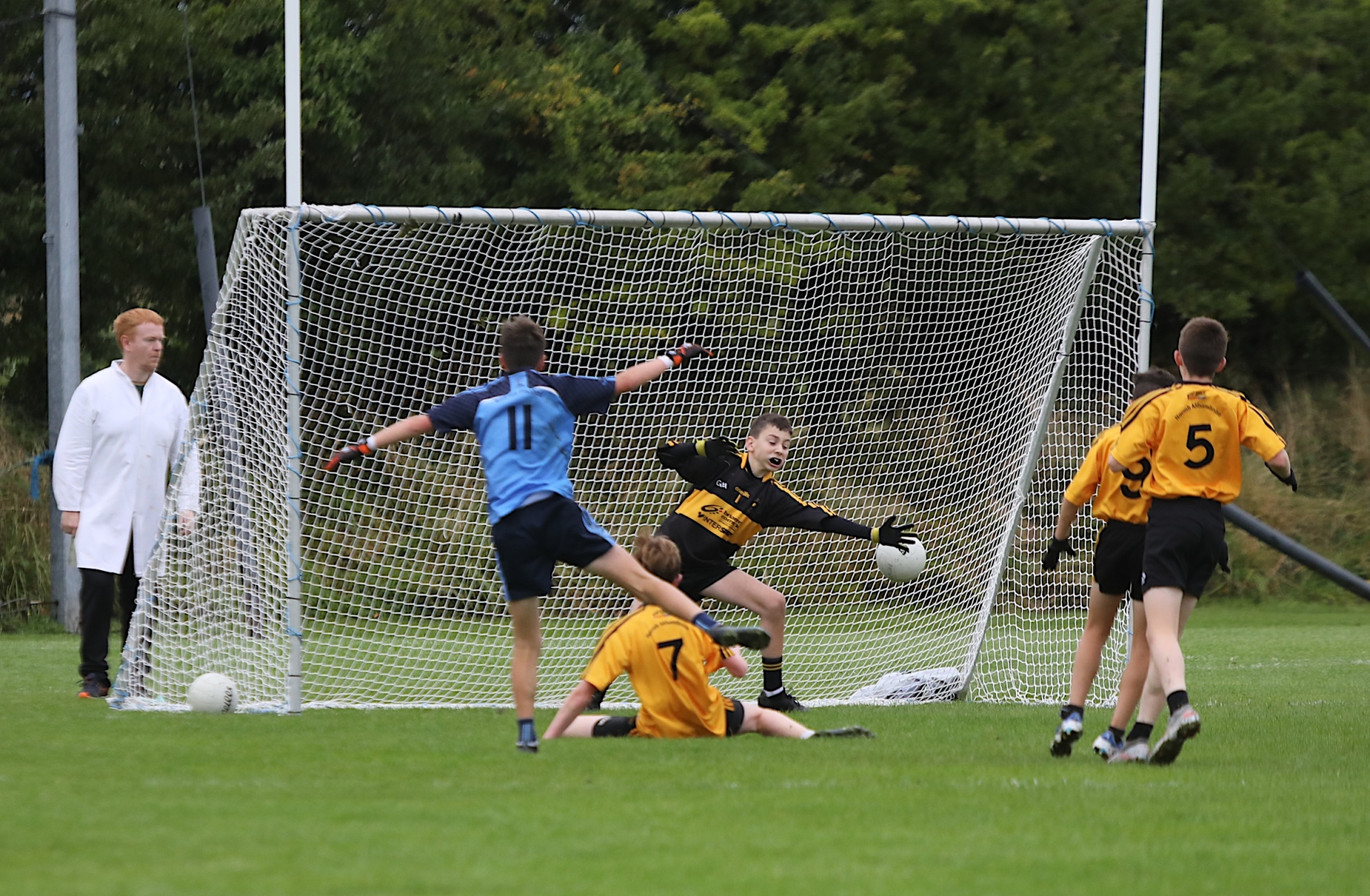 O’Hare and Charlie McLaughlin both posted points before McLaughlin set O’Hare away for the opening goal on eight minutes, when he drove past Sam Gallagher in the St Eunan’s goal.

The O'Donnell Park residents got their wheels in motion, with a free from Kian Fletcher, although that only acted as a prelude to Moville’s second goal, which rebounded in off Bobby Lee after a dropping, spinning ball from McLaughlin on 12 minutes.

At the other end, St Eunan’s saw an effort from Rory Gill go wide via the post and although they had plenty of the ball, Moville were well set up from a defensive perspective and limited their opponents to awkward shots. Closer to goal, Naoise Kavanagh and Ben Lynch both had shots at the Moville goal bravely blocked. 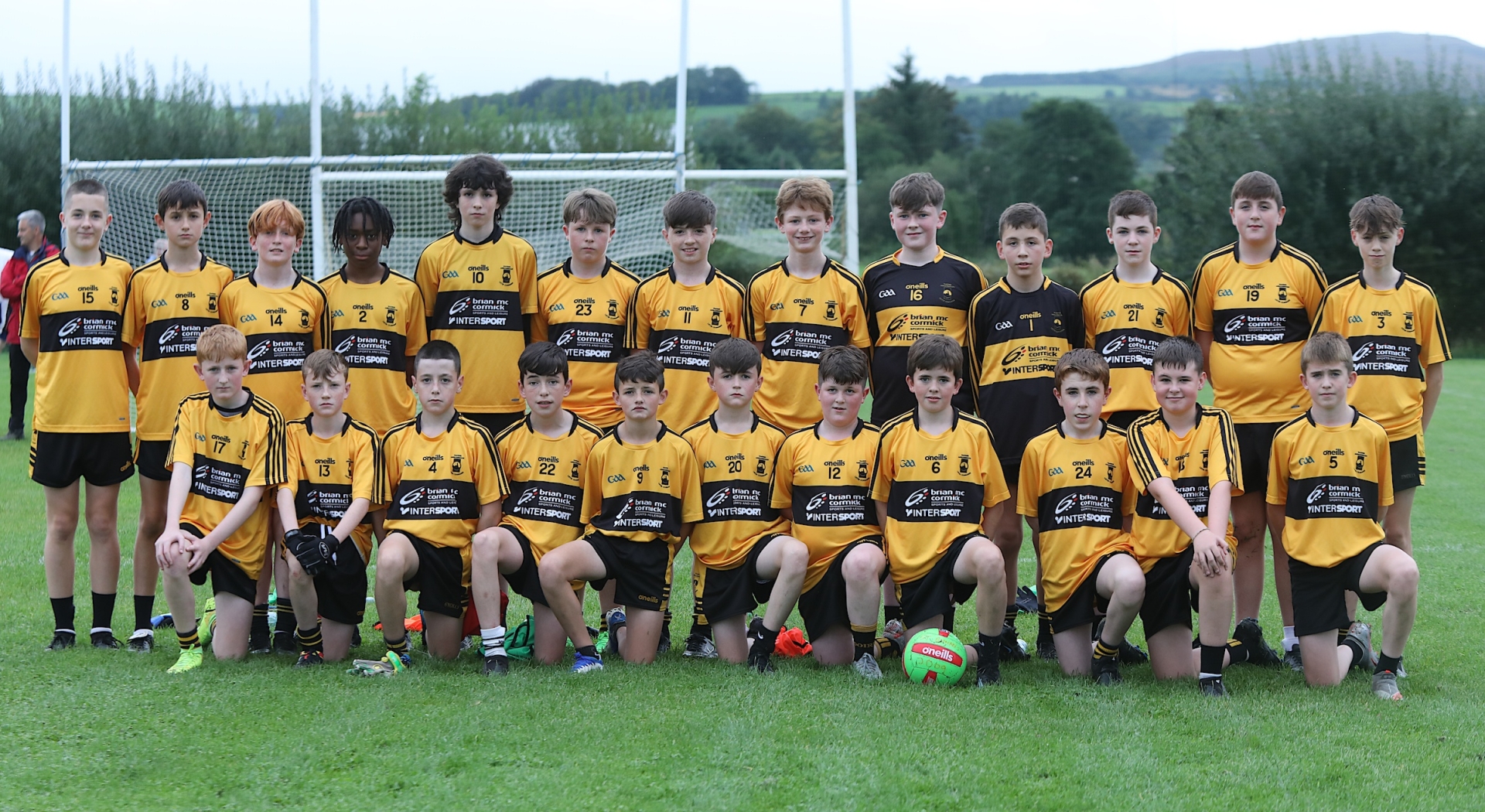 O’Hare, who had been keeping the scoreboard ticking over, scored a splendid third goal, weaving in and then out before piercing a shot into the bottom corner for a lead of 2-4 to 0-3. St Eunan’s got their first point from play on 24 minutes - a minute before half-time - from an eye-catching David Kelly strike, although at the break they were 3-5 to 0-5 behind.

St Eunan’s only option when the teams faced into one another again was to throw the kitchen sink at it and that’s exactly what they did. Within five minutes, they had managed 1-3 without concession, with the points coming from Kian Fletcher, Max McKeever and Even Duffy. The goal came from Fionn Nolan, with an unerring finish and the centre-forward was having an impact on the game. 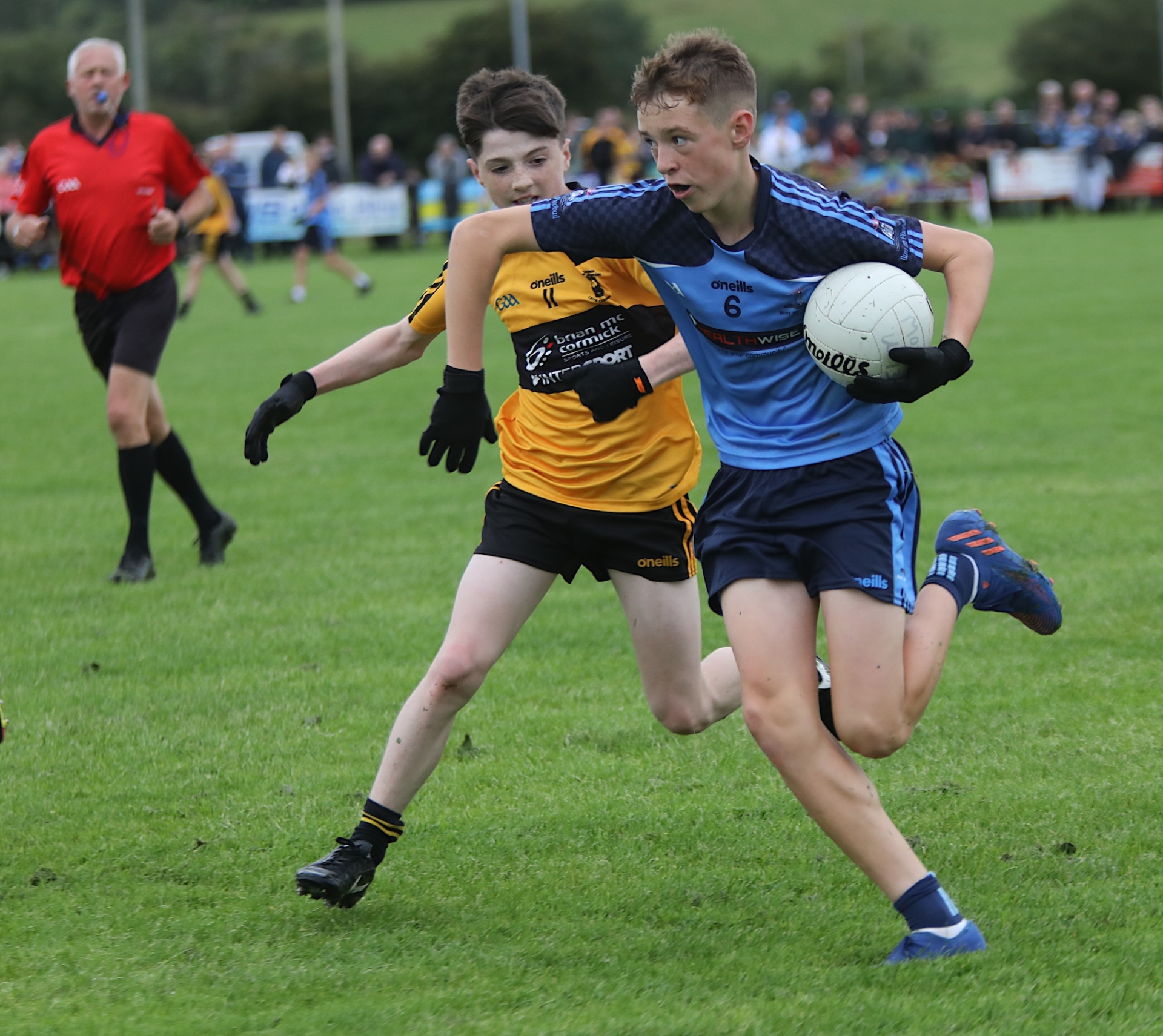 With Moville's lead shaved down to 3-5 to 1-8, it still wasn’t even halfway through the second half. However, their composure was commendable and when the tills were counted afterwards, the two points Charlie McLaughlin scored during this part of the game were of the utmost importance.

Moville were six in front with time running out and goalkeeper Shay Campbell did enough to keep out another good move that ended with a mazy run and shot from Nolan. And although St Eunan’s scored from the boots of Evan Duffy and Kian Fletcher, Moville remained settled with Oisin and Daragh O’Hare pointing. Fittingly, it was left to Daragh O’Hare to put the seal on it with two late points. 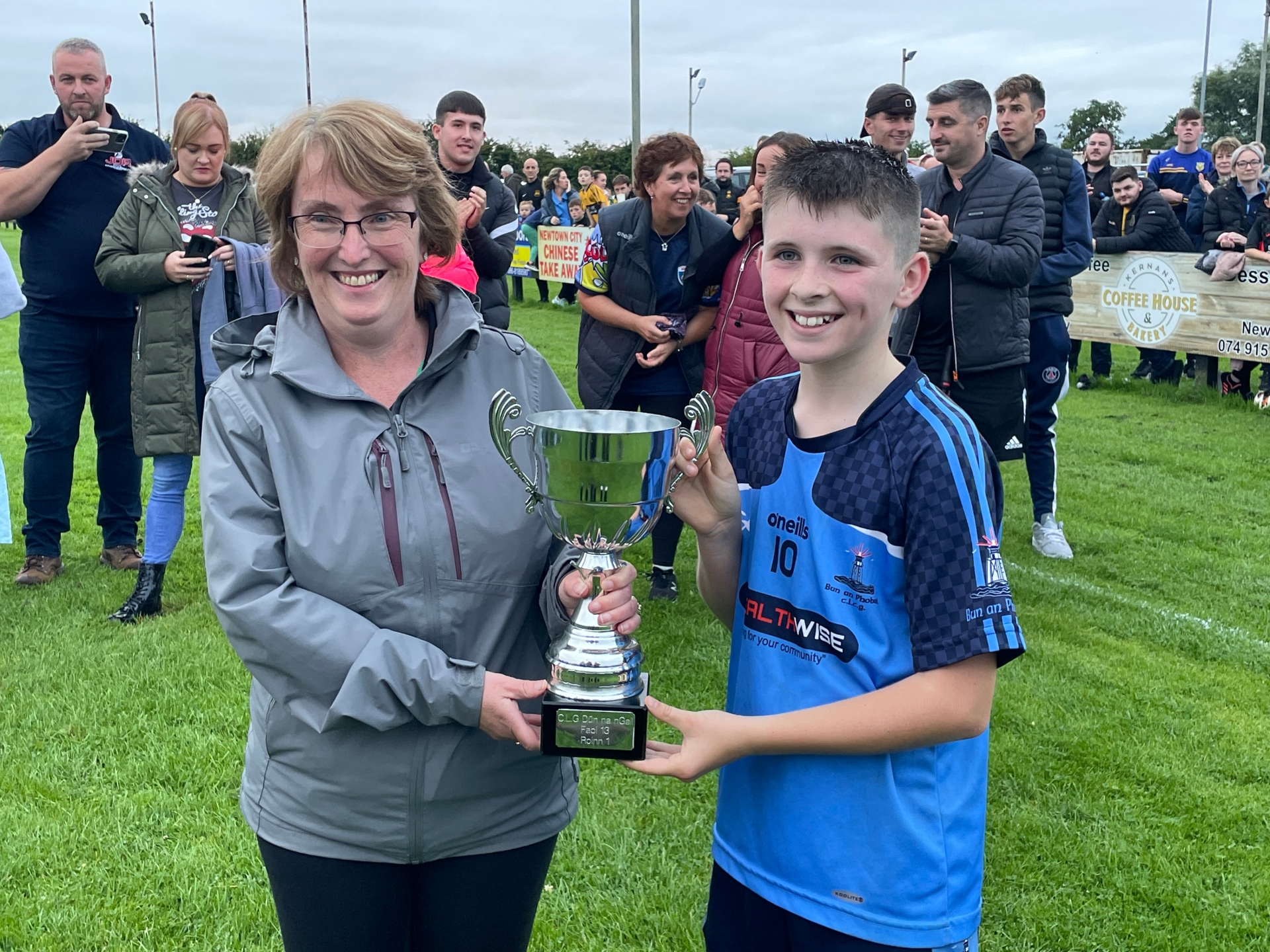