Glenswilly put their disappointing All-County Football League Division 1 campaign behind them to win seven points from eight in the Donegal SFC opening round and Michael Murphy says their young side are enjoying the run to the quarter-finals, where they take on Naomh Conaill 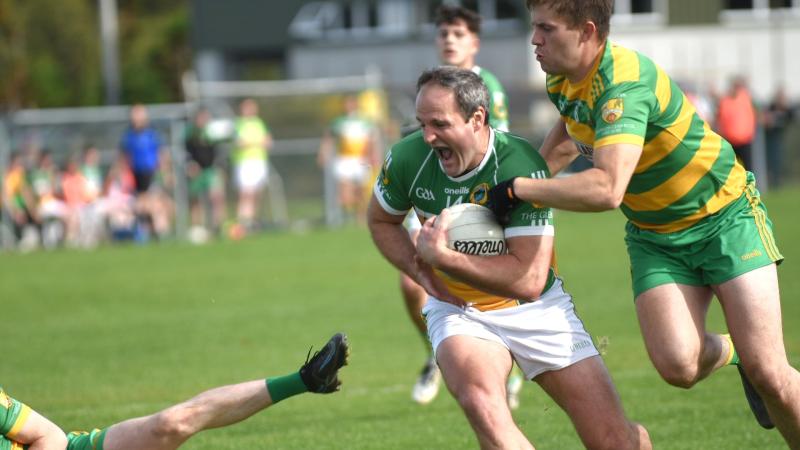 Michael Murphy was in impressive form against Ardara last time out in the Donegal SFC. PHOTO: GERALDINE DIVER

One of the more welcoming facets of this year’s Donegal SFC has been a lessening in the insistence of lateral over-playing and decreasing reluctance to go long.

After the first round of fixtures, for example, Killybegs’ relocated Hugh McFadden top-scored with a personal haul of 3-18, with other men of presence at the edge of the square like Eoin McGeehin from St Eunan’s, with 2-16, and Naomh Conaill’s Charlie McGuinness with 5-5, are all inside of the top five.

Glenswilly’s full-forward Michael Murphy has been the envy of most for longer than one might remember and the Donegal skipper, who is second only behind McFadden with 2-18 in the charts, is certainly reveling in his natural habitat.

Take last Sunday week, Pauric Bonner’s Glenswilly side were 1-6 to 1-4 down at Pearse Park in Ardara at the break before the turnaround on the field and the scoreboard made for a 1-14 to 1-10 victory. It was Glenswilly’s third win of round one, which all followed a 2-8 to 1-11 draw against Naomh Conaill in their opening fixture.

Naomh Columba and the long roads to progression


Playing inside in the second half, Murphy won five second half marks, from which he scored four points and laid off another for Shane McDevitt.

“I stayed in and about and I was lucky to get on the end of them,” he said modestly afterwards. “There was more than me - Shaun Wogan stood up, Shane McDevitt inside was good, Jack Gallagher I thought was immense at number 6 and it’s brilliant to have them.”

Glenswilly’s All-County Football League Division 1 ended poorly, with a one-point play-off defeat against Killybegs meaning relegation. For a side who was a staple in the latter stages of the championship - winning three finals and losing one between 2010 and 2016 - their coordinates had slipped and little was expected as Naomh Conaill rolled into Pairc Naomh Columba on the opening weekend.

However, in an incident-filled contest that swung one way and then the other, both sides trudged off with a point apiece, with a late Gary McFadden score making for a 2-8 to 1-11 draw.

“We were happy with the point and I don’t mean to put a dampener on it, because that’s what happened,” Murphy said. “They were missing a few too and they have three wins under their belt since and they will be huge favourties.

Glenswilly went on to win 2-12 to 0-13 at St Naul’s and were 2-14 to 1-9 victors over Glenfin before the loose ends were tied up in Ardara. So now, it’s back to whom it started as Naomh Conaill provided the opposition on Sunday in the quarter-finals - it’s Glenswilly’s first knock-out appearance since they lost to the same team back in the 2018 semi-finals.

“Everyone got back at it after the relegation, where we had a hard look in the mirror and just said we’d give this a go,” Murphy added. “Credit to all the boys and we don’t have the largest of panels. Everyone is being used. It’s good to get to the quarter-finals, where we will be huge underdogs and there's progress for the club with huge rebuilding going on. We’d love to keep going. 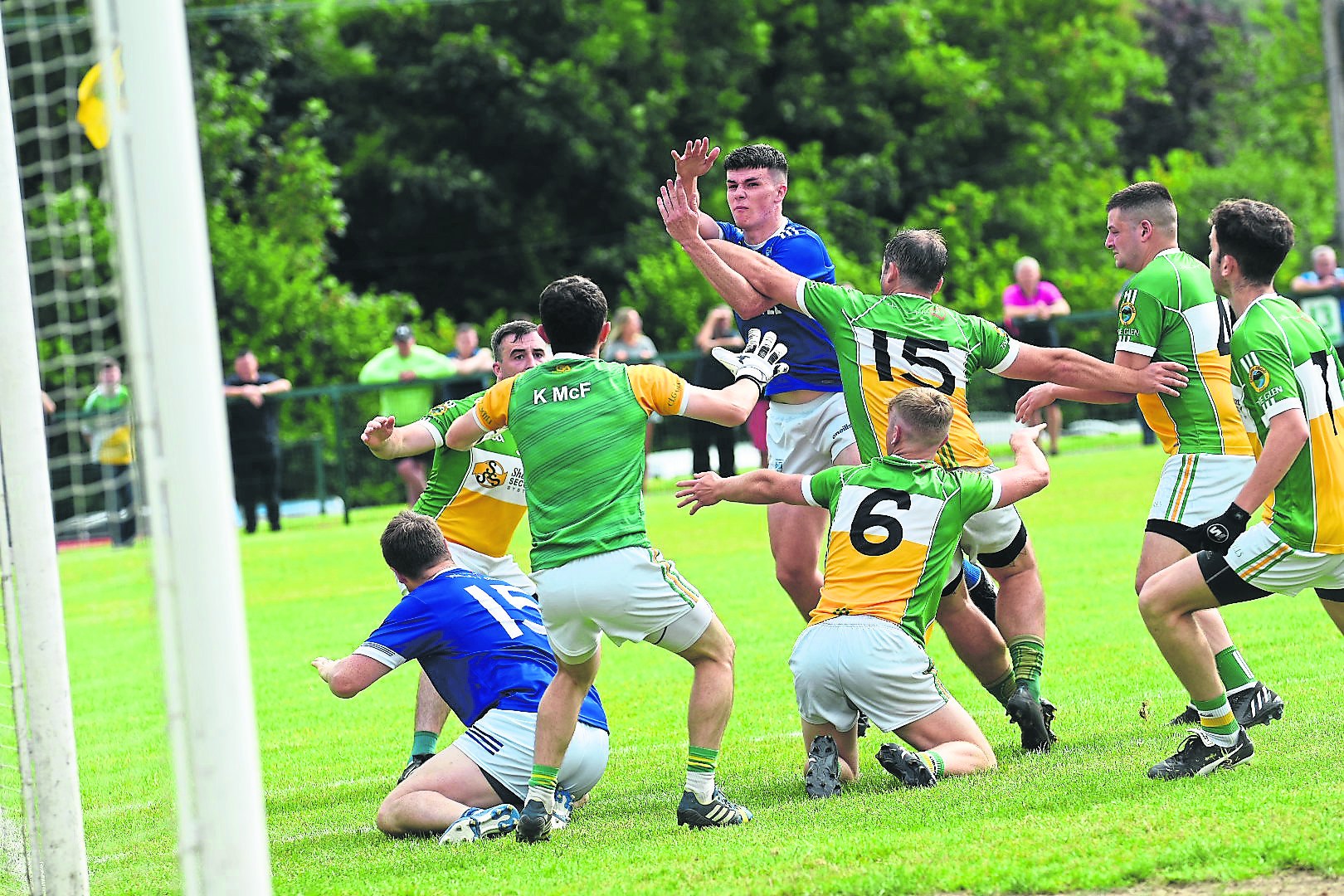 “The younger lads have come in in the leaner times since 2016 and would’ve suffered a few beatings in the championship and some of those defeats came quite early. So for them to experience a few wins and a bit of a run in the championship, it’s great for them - and indeed for us. We were accustomed to good runs from 2010 onto 2016 and we know now you just can’t take things for granted. We’ve got to the knock-out stages.

“The first day out against Naomh Conaill it really could’ve gone either way. It was the same against St Naul’s and Glenfin and although they ended up as five-points games, they were anything but throughout as a goal there or what have you and there might’ve been a different result.

“Ardara threw everything at us too. We didn’t play well in the first half and an improvement was needed in the second half.
“We got a bit of a kick from the opening day draw against Glenties. But Naomh Conaill had a lot of chances and they could easily have won the game. For us, with such a young side, it’s great to get a rattle at it. It’s kind of a free hit.”