There are echoes of 2002 - when Donegal had a long wait for a new senior manager to take over - around now, but Brendan Devenney says the current situation won't be too problematic for players 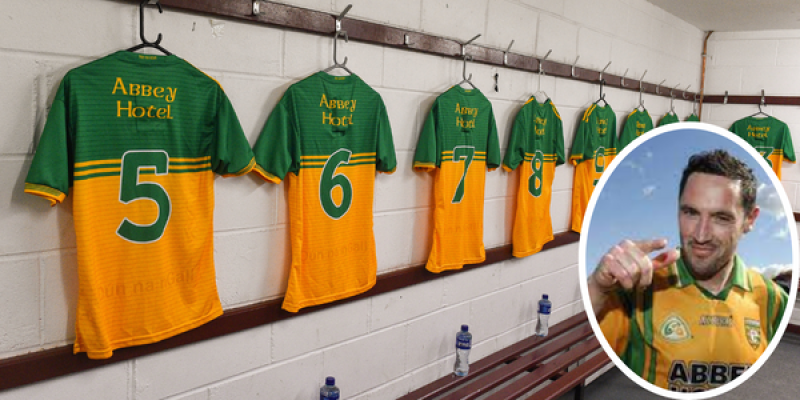 Donegal GAA’s current impasse in relation to the senior football tam manager’s position has brought echoes of 20 years ago for Brendan Devenney.

It is eight weeks - and counting - since Declan Bonner made official his departure from the role after five years.

You have to go back almost 14 weeks since Donegal’s last game, a humbling 3-17 to 0-16 qualifier defeat by Armagh in Clones.

Still, there remains no hint of burning, never mind a sense that white smoke could soon billow.

In 2002, Mickey Moran stepped down following an All-Ireland quarter-final replay loss to Dublin. As many as 12 candidates were said to have been spoke to in search of a new boss. Finally, in late December - four months after Moran’s exit - Brian McEniff, who was the then County Chairman, agreed to step into the breach again.

“The difference between now and then is the simplicity of that time in stepping up from the club,” Devenney told Donegal Live. “The whole thing was similar in that you trained a couple times a week and maybe had a weekend session.

“Now, the way preparation, strength and conditioning and stuff like this, has gone, the set-ups at inter-county level are professional. In professional environments, people have to know what is happening. People are used to the rhythm.

“Donegal have a lot of young players with a lot of potential, but they do need to know what’s happening and where it is going.

“I wouldn’t worry about the impact on players to be honest. Even in 2002, we knew that we could respond, no matter who came in. We weren’t worried because we knew that we could get that reaction - and we ended up in an All-Ireland semi-final under McEniff in 2003. The players that Donegal have now won’t take long to get up to speed.”

The usually over-worked rumour mill in Donegal has been rather more muted this time.

Malachy O’Rourke was mentioned as a possible candidate, but was said to have ruled himself out. The same was said of 2012 All-Ireland winning manager Jim McGuinness.

Links otherwise have been infrequent. Martin McHugh, whose name is always linked when the seat becomes vacant, has been mooted. So, too, have 2012 All-Ireland winning players Rory Kavanagh and Karl Lacey. Sean Paul Barrett, a former Donegal minor and under-21 manager, is known to have been a nominee.

“People are looking for information, but I suppose it’s hard when there is no information - and I can understand the closed process,” Devenney said. “When people put their hand up and people know who’s in for it, maybe too much heat can come on.

“I wouldn’t be too worried because it can fall into place as long as the right man comes in. I would be more worried about who can come in to progress us.

“Look at the other top teams, they all have top people in and a big amount of people around them. It sort of looks like the Donegal County Board are maybe trying to put together a team of people.

“It might be a worry from a player’s perspective where you’re wondering what’s happening or that no-one is really standing up to say: ‘I want this job.’

“Much like 20 years ago when we had no manager and people were talking about some of the ’92 boys, you have people now mentioning guys from 2012. At one stage, Donegal chased Donal Reid, but he didn’t go for it. (Declan) Bonner took it right away when his chance came and McHugh’s name is always bandied about, but he didn’t go for it any of those times before.

“A bit like 20 years ago, the pickings are slim of guys who have gone into management. You put all those factors in and it is down to a tiny amount, the number who could even be listed.”