Close calls in Junior A quarter-finals

With Letterkenny Gaels and Naomh Ultan directly through to the semi-finals of the Donegal Junior A Football Championship, two quarter-finals take place tomorrow to join them 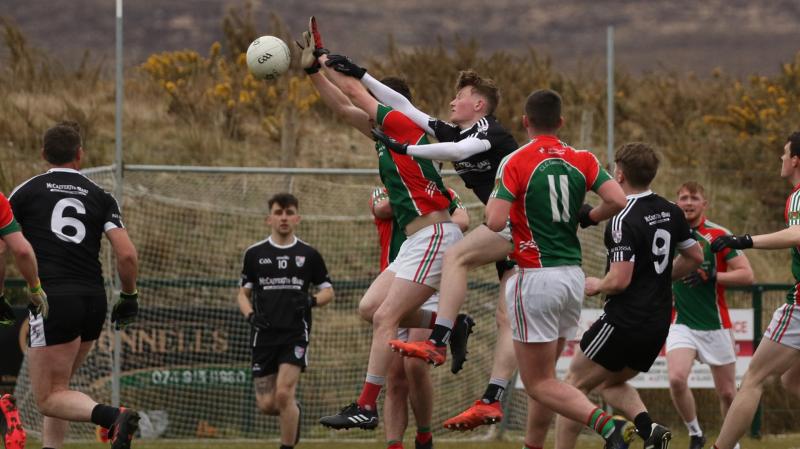 The junior championship quarter-finals take place this weekend with a local derby in Inishowen between Carndonagh and Urris while St Eunan’s B host Na Rossa in O’Donnell Park.

Both games look set to be close affairs. Letterkenny Gaels and Naomh Ultan are already in the semi-finals.
Urris were unlucky not to get a clear passage to the semi-final after finishing joint top with St Eunan’s and Naomh Ultan, and will be well fired up as they have to play Carndonagh at Foden.

It will be another busy weekend for Donegal Masters’ captain, Sean McDaid, as he returns to club duty. Carndonagh have listed Conor O’Donnell in the substitutes which is interesting. Urris might have enough to get to the semi-final.

On Saturday afternoon, St Eunan’s B host Na Rossa in O’Donnell Park and they have some panellists who have a lot of senior experience like Conor Morrison, Cormac Finn, Lee McMonagle to name but a few.

Na Rossa had wins over Letterkenny Gaels and Moville to get this far and with Christian Bonner getting over his ankle issue, they are favoured, just about, to make the last four.