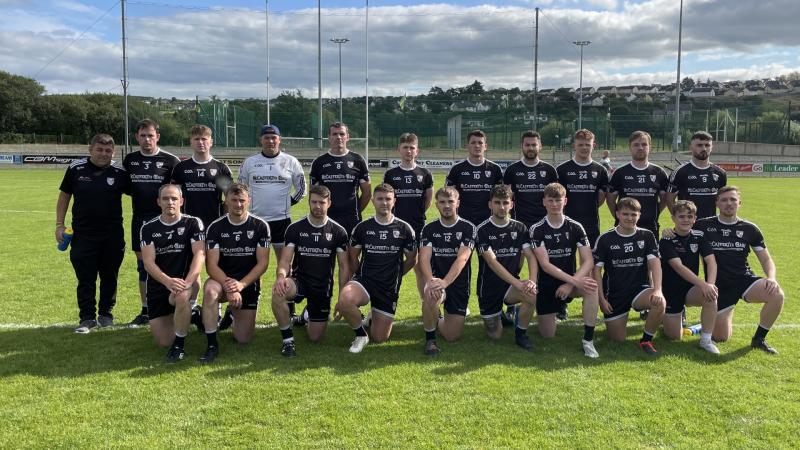 The Na Rossa side who over came St Eunan's in the Donegal Junior A Championship quarter-final. PHOTOS: GERALDINE DIVER

Two brilliant goals proved the difference as Na Rossa progressed to the semi-finals of the Donegal Junior A Football Championship at St Eunan’s expense at O’Donnell Park.

Cillian Bonner struck the first of those two minutes before the break and eight minutes afterwards, Oisin Caulfield hit a similar effort following another individual run to plant a second goal, with a third from John Paul McCready rubber-stamping the progression.

It was the away team who posted the first two scores, with Cillian Bonner - the standout player on the pitch - and his brother Christian Bonner on the mark before St Eunan’s opened their account on seven minutes through Darragh Ellison. 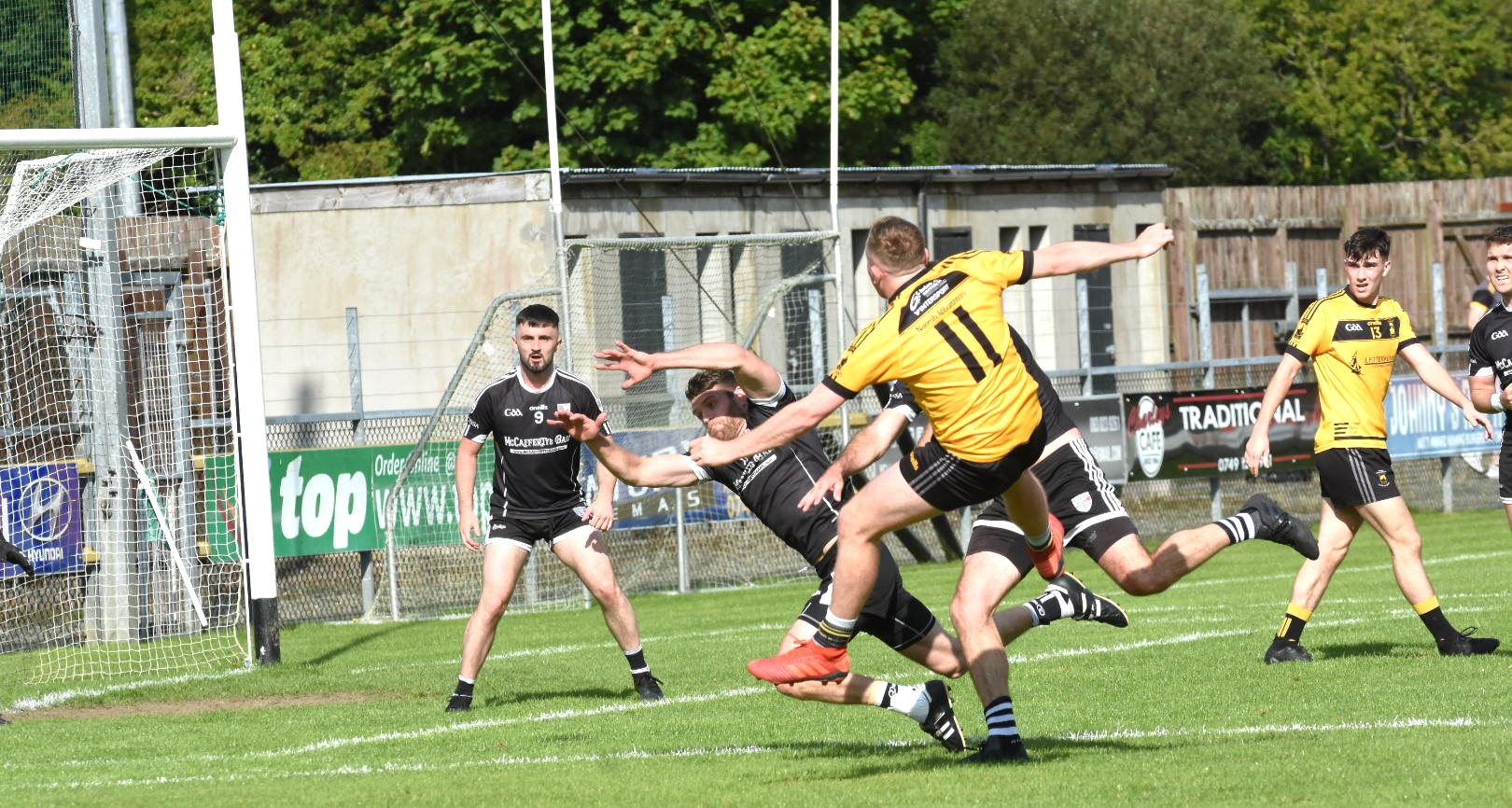 By the 10th minute it was 0-4 to 0-3 to Na Rossa, with Cilliand Bonner having scored their third and fourth as Lee McMonagle scored his first two of the day from close-range free-kicks.

Christian Bonner, on the run, edged Cormac McHugh’s team into a two-point lead as the pattern of the contest was a consistent one. So too was McMonagle with a third three for St Eunan’s to bring his team to just the one down at 0-5 to 0-4 on 21 minutes.

Towards the end of half half, both sides missed chances to add to their totals, although John McDyre played in Cillian Bonner, who drilled his shot well from an angle but had to be content with a point on 27 minutes.

A minute later, he hadn’t a shred of disappointment as he dipped his shoulder to escape into space at the edge of the St Eunan’s square and when faced with goalkeeper Conor Halvey, coolly slotted in for a fantastic goal. It put Na Rossa five in front. 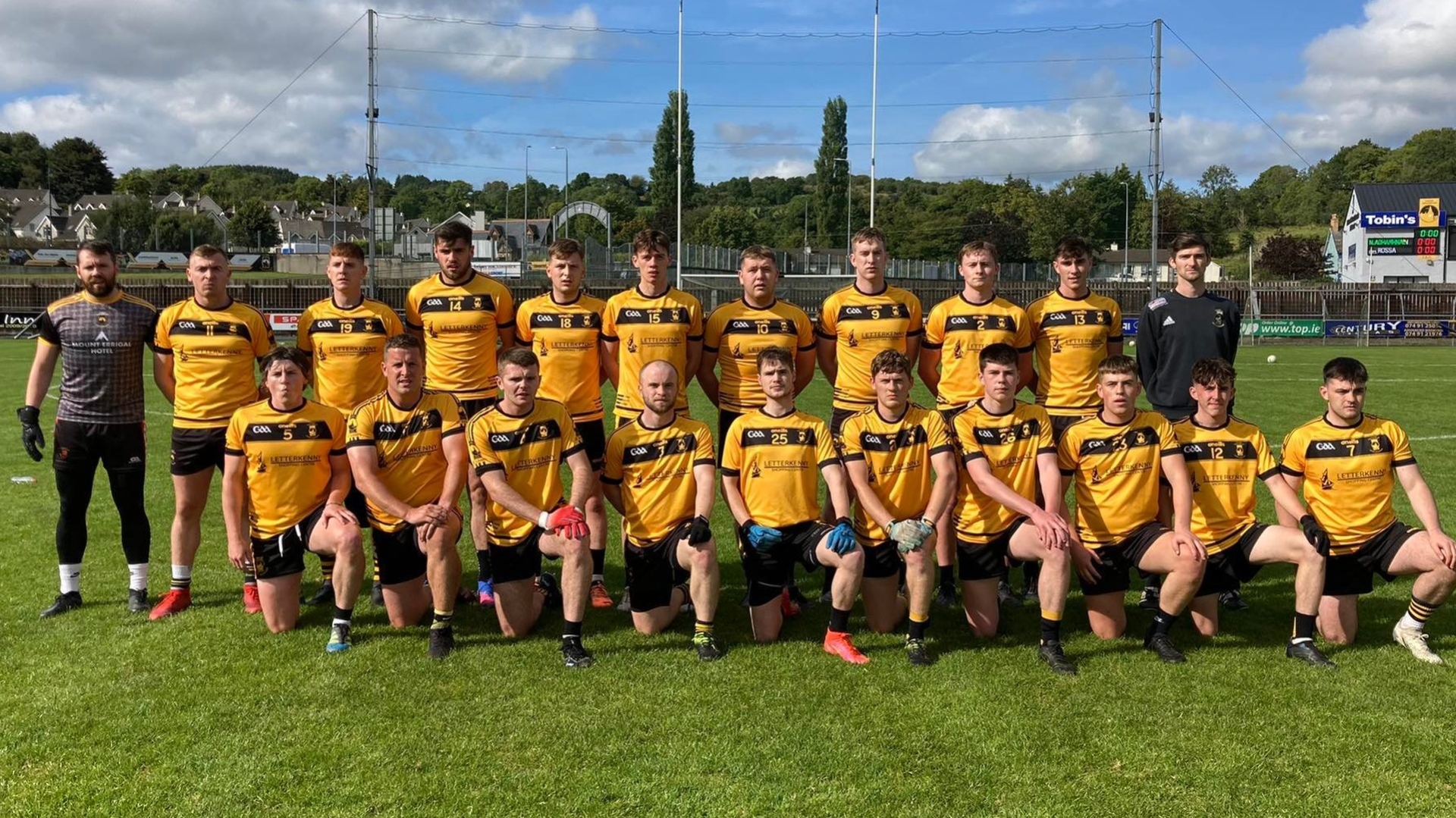 With Letterkenny Gaels and Naomh Ultan already through to the semi-finals having topped the groups,  Carndonagh had come out on top of the Inishowen derby against Urris earlier in the day in the other quarter-final.

Patrick McGowan pulled one back for St Eunan’s, who trailed 1-6 to 0-5 at half-time. The Letterkenny team pulled two more back - through McGowan and then McMonagle - from play at the start of the second half.

That was as good as it got though for Peter McGeehin and Adrian McClafferty’s team as it was Na Rossa who grasped the initiative. Caulfield ran from deep and side-stepped a succession of challenges to post a second Na Rossa goal which made for a 2-6 to 0-7 advantage.

Na Rossa were breaking in numbers and might’ve had another goal moments later when Harley in the St Eunan’s goal stopped a John Paul McCready shot going into the net and over the bar it went. Caulfied got in again on 40 minutes and opted to shoot from the ground and pulled it wide at the near post.

On 52 minutes, McCready at the back post did add the third goal, slapping in a centre from John McDyre for 3-9 to 0-8 and Na Rossa were home and hosed. St Eunan’s were awarded a penalty four minutes from time when Ellison was adjudged to have been fouled and McMonagle made no mistake from the spot. 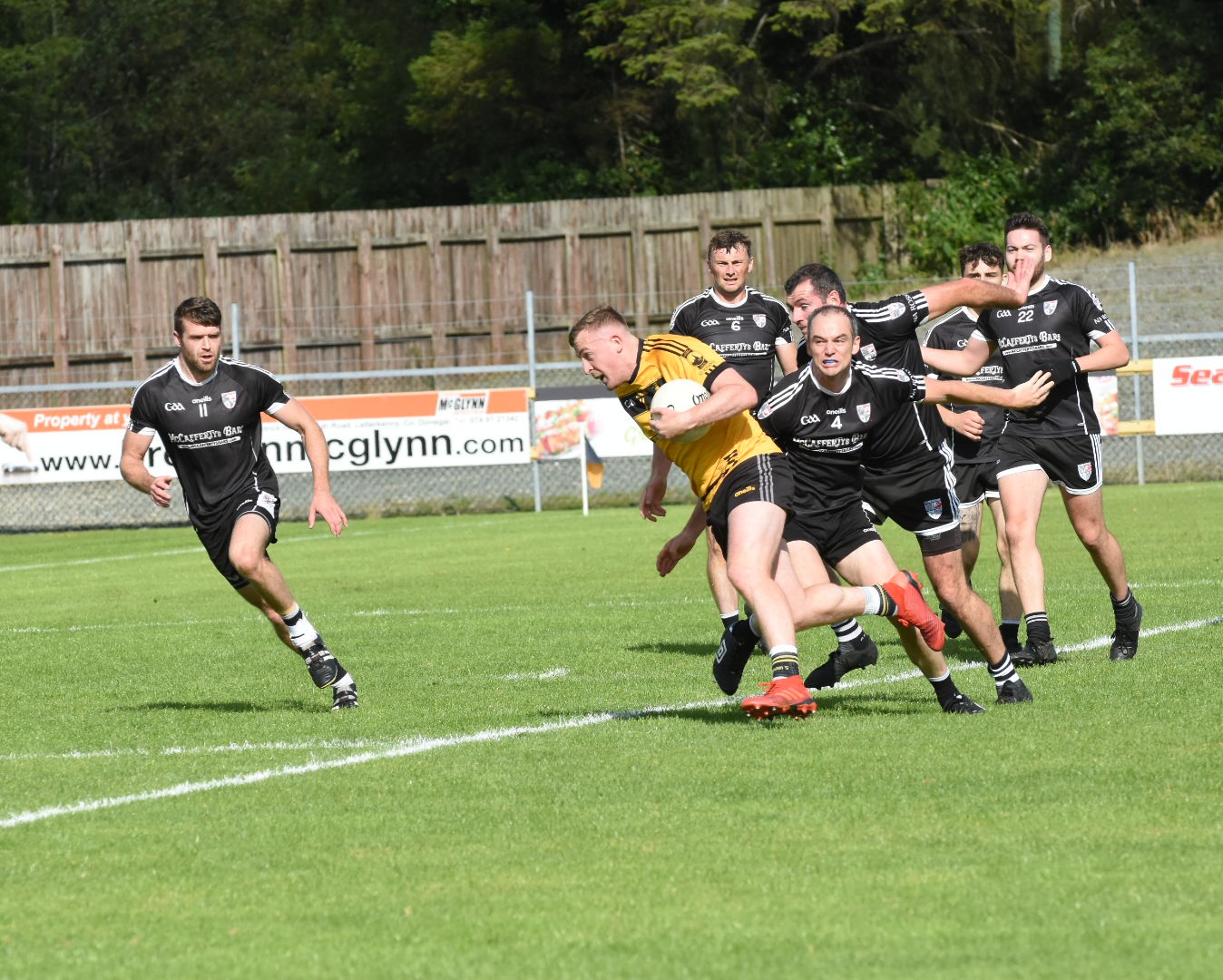