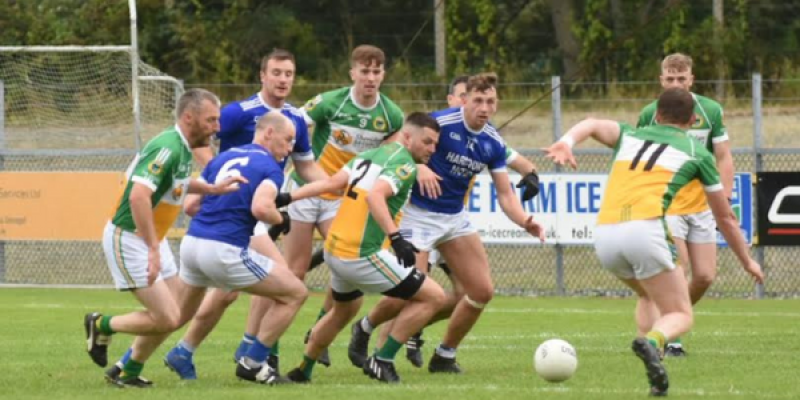 For the ninth time in a row, Naomh Conaill will line up in the semi-finals of the Donegal SFC.

Martin Regan’s team held their nerve and the scoreboard, showing a six-win, tells little of the tale.

Goals in the second half by Eunan Doherty and Leo McLoone, steered Naomh Conaill over the line at the expense of a Glenswilly side who will wonder for a winter how this one fell from their reach. Glenswilly kicked 11 wides over the hour

There were only 65 seconds gone on the stopwatch in the second half when Eunan Doherty palmed to the net to flip the day firmly on its head.

Odhran Doherty made the incision and it was from a lofted Jeac Mac Ceallabhuí pass across the square that Eunan Doherty applied the finish. 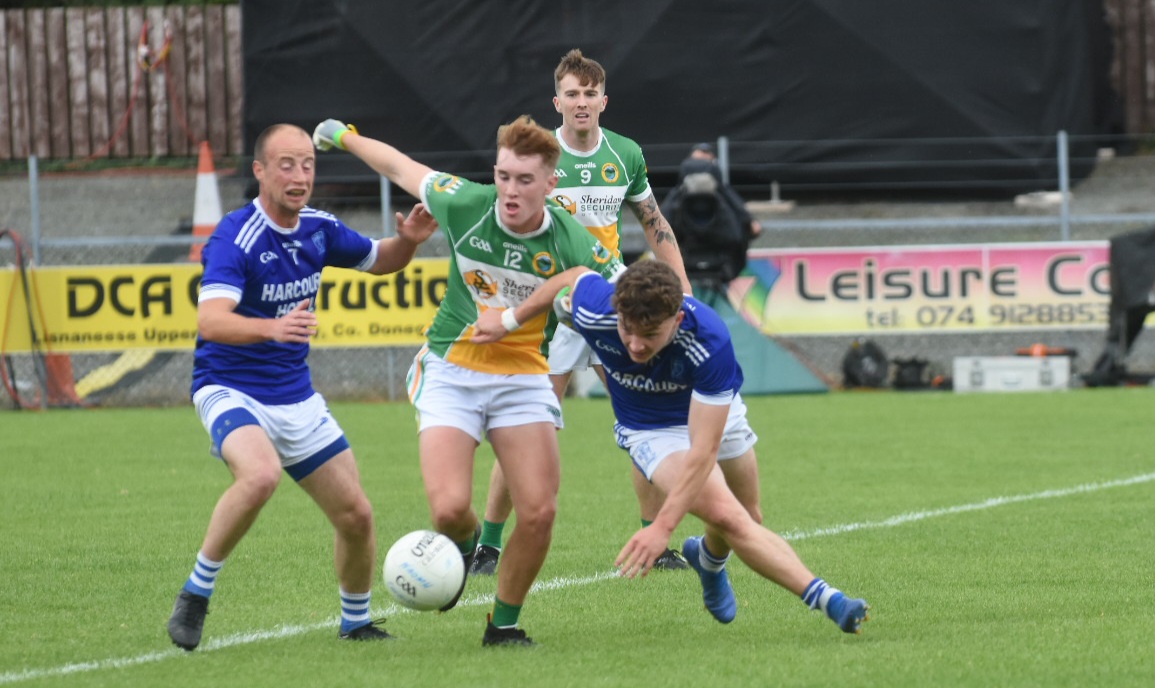 Naomh Conaill trailed 0-6 to 0-4 at the short whistle, but were now 1-5 to 0-6 in front, Leo McLoone having raised the first white flag of part two in its 25th second.

Twice, the deficit went to three, but Glenswilly wouldn’t go away. Michael Murphy - who registered seven points - brought them to within a point, but Shane McDevitt pulled wide from a mark 11 minutes from the end.

A game was that was firmly in the melting pot was all but sealed when, in the 54th minute, McLoone crashed home. Philip O’Donnell thwarted Ciarán Thompson’s stinging effort. The ball ricochet back from the crossbar and McLoone reacted to fire to the net.

AJ Gallagher and Eoin Waide added two late points as Naomh Conaill - who have been in six of the last eight finals - go on another step.

Glenswilly’s League season, which ended in relegation from Division One, offered little to suggest a promising Championship.

Yet, their place in the quarter-finals was earned after an unbeaten group phase, including an opening day draw with Naomh Conaill. That afternoon in Foxhall, Naomh Conaill had to come from five down in the early moments, although Glenswilly needed a last-gasp Gary McFadden point to get their share of the spoils. 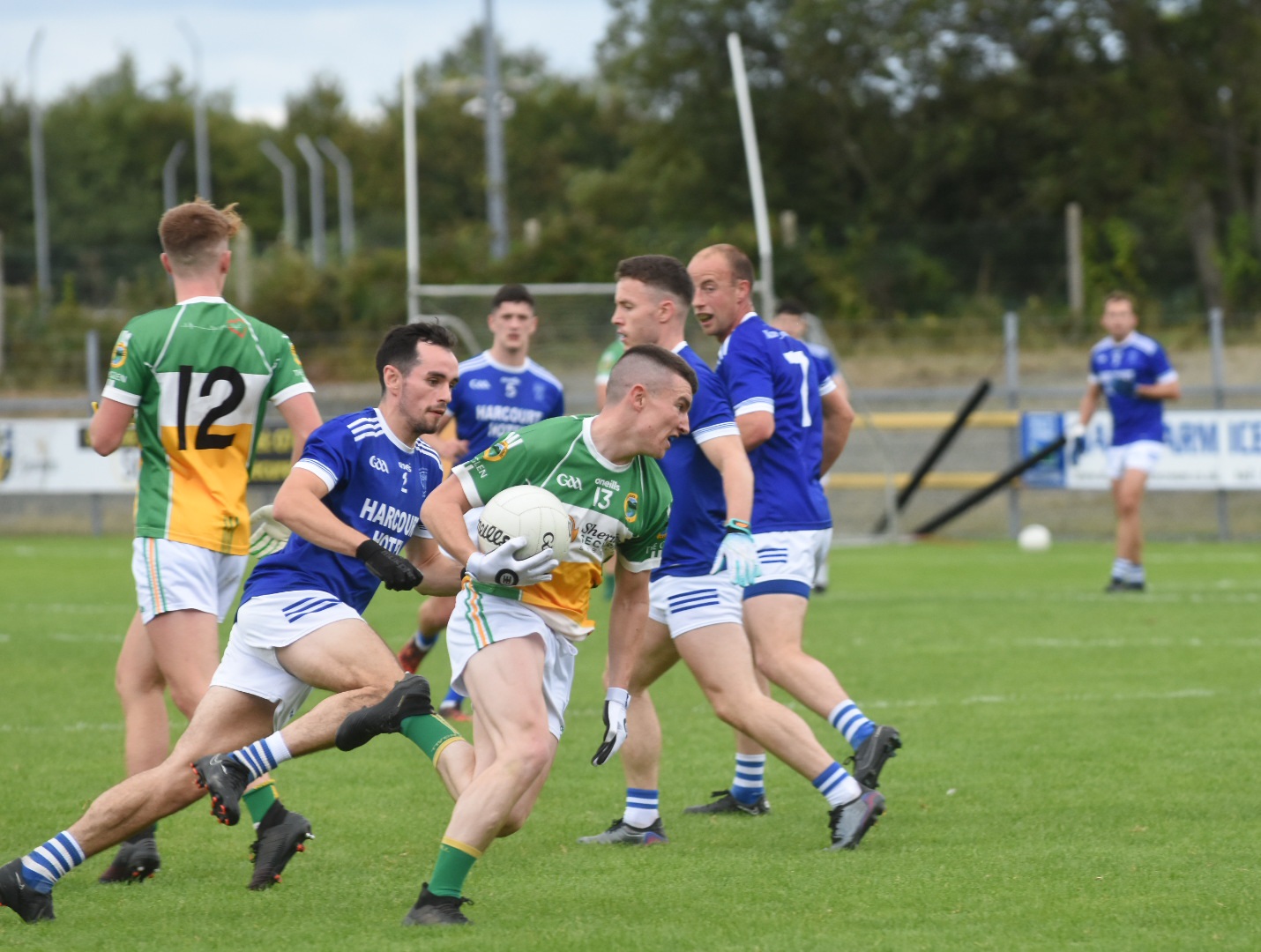 Murphy told recently how Glenswilly had looked themselves in the mirror and described this as a ‘kind of a free hit’.

They arrived looking like a side on a mission.

Goalkeeper Stephen McGrath came to Naomh Conaill’s rescue after just four minutes, denying Murphy with a save right out of the top drawer. Caoimhin Marley and Cormac Callaghan combined down the right before the latter delivered towards the lurking Murphy. The full-forward climbed high and smacked goalwards but McGrath, going full stretch out to his right turned away the effort.

Murphy nailed the subsequent ’45 and Naomi Conaill survived when McGrath’s kick-out was intercepted by Shane McDevitt and AJ Gallagher had to intervene with Murphy again the target.

Thompson booted over a 26th minute free for Naomh Conaill’s first score in 13 minutes. The intervening spell was dominated by Glenswilly, with Kealan Dunleavy particularly impressive in winning a series of breaking balls.

For all of their possession, though, Glenwilly clocked up the missed opportunities, posting eight first-half wides.

Murphy curled over a free and Caoimhin Marley landed a brilliant point from distance to put Glenswilly 0-5 to 0-2 in front after 24 minutes.

A double from Thompson narrowed the gap and there might even have been parity, but Ethan O’Donnell curled wise with a chance to level the sums.

It felt barely believable that they were as close to Glenswilly’s coat tails, but Murphy - having majestically fielded Callaghan’s searching pass between two Naomh Conaill defenders - converted a mark for a 0-6 to 0-4 half-time lead.