Naomh Ultan eye up Carndonagh in Junior A semi-final

Naomh Ultan are chasing a first Donegal Junior A Championship crown since 2015, with their semi-final against Carndonagh tomorrow 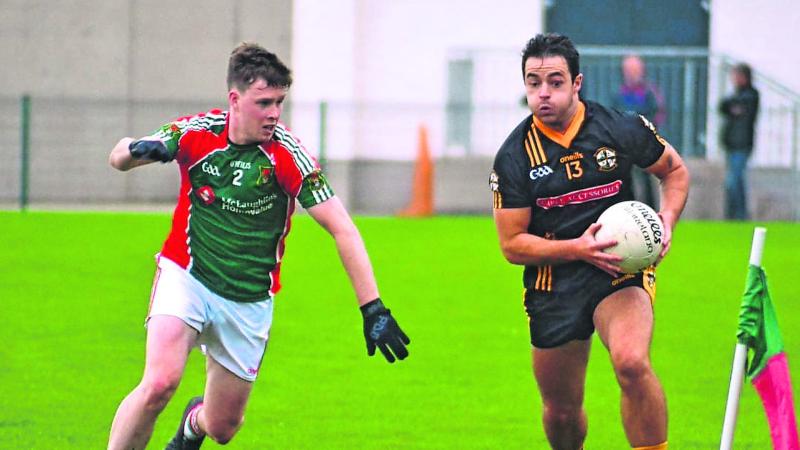 When Naomh Ultan were headed into their final group game of this year’s Junior A Championship earlier this month, their task was straightforward in theory, although likely not to be simple on the pitch.

In a season where joint-manager Aidan Duddy had to dust off the boots at 41, a home win over group leaders Urris in Dunkineely would guarantee a quarter-final berth. The 1-10 to 0-5 success wasn’t as straightforward as it might’ve looked, with goalkeeper Daniel McGlynn saving a Conor Bradley penalty as early as the eighth minute. The usual suspects of Cian Kennedy and Dermot Gallier kept the scoreboard ticking over and Niall Erskine’s goal made sure.

“We basically fell into the semi-finals as our understanding was that a win would see us into the last eight but we were delighted to learn the following day that we’d actually topped the group. It was a pleasant surprise,” Duddy said.

Last Saturday, Urris lost their quarter-final against Carndonagh in Foden. With the sides level at 0-5 to 0-5 on 43 minutes, Donegal forward Conor O’Donnell entered the fray following a knee injury and kicked four points in what developed into a 1-10 to 1-8 Carndonagh win. O’Donnell’s fitness will have a considerable say in this championship, one might feel.

“Carndonagh are a fine side and in Conor O’Donnell they have a brilliant player,” Duddy, who shares the managerial responsibilities with Aaron Kyles, added.

Naomh Ultan were Junior A champions as recently as 2015, although only half a dozen or so of that panel remain. The restructuring of the All-County Football League was a benefit, according to Duddy.

“It’s your goal as a club to play at as high a level as you can, be it league or championship,” he said. “We enjoyed Division 3 and there are a lot of good teams in it. It stood to us in the championship.”

Naomh Ultan have prized Daniel Gallagher, who didn’t feature in the league, back from work in Dublin to play championship, although Jared Harvey and the experienced Alan Lyons are considerable losses due to ACL injuries. Luke Gallagher, in his first year as a senior, has suffered finger and ankle trouble, although will be looking to see out the campaign at a stage when there’s all to play for.

“There’s good excitement with the two teams - seniors and reserves - in county semi-finals this weekend,” Duddy added. “If you look at the progress that Downings have made, from playing junior championship last year and not that long ago in Division 4, to playing Division 1 next season, it shows where hard work can take you. All we can do is look at Saturday, though. Getting past Carndonagh and to the final is a big ask for sure but playing in these sort of games is where you want to be at this time of the year.”