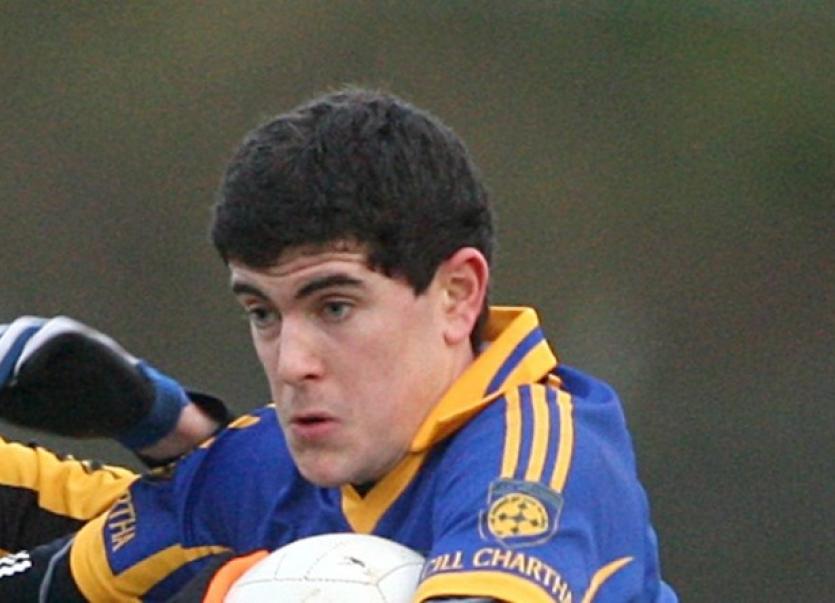 Kilcar, the outright leaders in Division One of the Donegal All-County-Football League, will be anxious to stay ahead of the chasing pack when they host MacCumhaills on Sunday in Towney.
The men from the south west moved two points clear at the top of the table following last Sunday’s two point win over Gaoth Dobhair in Magheragallon.
They go into the weekend’s tie with struggling MacCumhaills two clear of Naomh Conaill and St Eunans. The O’Donnell Park men have one more game played than Kilcar and Naomh Conaill.
Sunday’s game in Towney is one of five matches in Division One, all getting underway at 3pm.
The clubs are without their county players this weekend due to Donegal’s first round Ulster Championship meeting with Fermanagh on May 26.
In the other games, Naomh Conaill face arch rivals Glenswilly in Davy Brennan Memorial Park. Glenswilly have taken four points from a possible 12 and could badly do with league points if they are not to drift into the relegation zone.
And with Naomh Conaill down Leo McLoone, Ciaran and Anthony Thomspon as well as Eoghain McGettigan, the latest addition to Declan Bonner’s Donegal squad, the men from Glen will see it as an opportuntity to pick up precious points.
St Eunans, who suffered a surprise defeat at home to Milford last time out, entertain Bundoran without Jamie and Paul Brennan, in O’Donnell Park.
St Michaels, who have won three of their six games played, entertain Gaoth Dobhair, who suffered their first defeat last Sunday against Kilcar.
The final game is a real relegation four-pointer with Milford hosting Cloughaneely at Moyle View Park.
They are both on two points and with Cloughaneely without Jason McGee, Danny O’Donnell and Milford will see this as a glorious opportunity to build on their win over St Eunans, last time out. Cloughaneely have only four games played.
In Division Two table-toppers and runaway leaders Killybegs, with six straight wins, make the short trip to Pearse Park on Sunday where second placed Ardara provide the opposition.
This will be the first real test for Killybegs who will be without the influential Hugh McFadden and Eoin Bán Gallagher, both county-tied. Ardara will be minus Paddy McGrath but the dice is still loaded in favour of the locals.
Four Masters, with just two wins from their six games so far, are expected to pick up another brace of points against struggling Naomh Columba in Tír Conaill Park. Naomh Columba are propping up the Division Two table with just one draw from four games.
Buncrana will be without Caolan McGonagle for the visit of inform St Nauls who are joint second with Ardara.
And in the final game, Dungloe and Termon meet in Rosses Park, with both badly in the need of points as they find themselves at the wrong end of the table after five (Dungloe) and six (Termon) played respectively. They are both on four points.
And with title-chasing Kilmacrennan Celtic having a crunch last game in their Donegal League season, it may be advantage Dungloe in this one.
In Division Three Malin will be fancied at home against Naomh Ultan. Burt, the leaders, are home to Naomh Brid.
Pointless Naomh Muire, host second placed St Mary’s,Convoy at the Banks.
Gaeil Fhánada are the first club to benefit from Naomh Colmcille’s away game punishment and after last weekend’s defeat to Downings, Aidan McAteer’s men will be anxious to find the winning formula again.
Downings host Red Hughs who suffered their first defeat of the season last Sunday away to St Mary’s, Convoy.
Moville, Letterkenny Gaels, Urris and Carndonagh are fancied to take the points in their meetings with Pettigo, Na Rossa, Muff and Robert Emmets in Division Four.