Devine out to defend his title - but tough opposition expected from Moffet brothers, Declan Boyle and Donagh Kelly 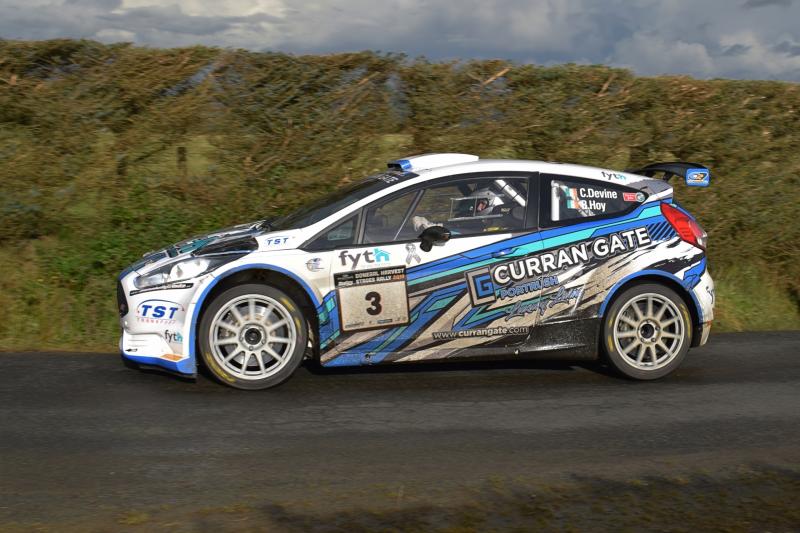 Defending champion Callum Devine is the number one seed

Some of the top names in Irish rallying will be in Donegal this weekend for the Donegal Harvest Rally which will be based in Donegal Town.

It’s only the second rallying event to be staged on closed roads in the Republic of Ireland since the easing of Covid-19 restrictions which impacted massively on the sport.

The first event to be held was the recent Cork 20 rally which was won by rising rally star Callum Devine along with navigator Brian Hoy.

Significantly, they are the number one seeds for the harvest rally which takes place this Sunday with two stages being done three times around the Drimarone and Frosses areas. There will be traffic disruption in the area due to the rally.

The Donegal Harvest Rally was last held two years ago, and was based in Redcastle in Inishowen. It has happy memories for Devine as it was his first major Irish tarmac success.

Now the 27-year-old Derry driver is out to defend his title, and there is no doubt that the European Rally Championship driver will be out to build on his maiden international rally win at the Cork 20.

However, he will face some plenty of competition with Monaghan’s Sam Moffett (Fiesta Rally R2) and Josh Moffett (Hyundai i20 R5) likely to push him all the way.

Donegal’s Declan Boyle, with James O’Reilly as co-driver, will be taking part in a Volkswagen Polo GTI R5 for the first time, and the Leitirmacaward man’s drive will be watched with much interest.

Experiended Frosses driver Donagh Kelly will, no doubt, be hoping to make his mark as well in his Volkswagen Polo GTI R5, not least because this is his home turf. Back as navigator for Kelly will be Kevin Flanagan.

Another man who will be hoping to make an impact near the top of the leaderboard will be Antrim’s Desi Henry who has already had a couple of wins in the Northern Ireland championship.

The rally will see the cars leaving service at the Milltown Bar, near Frosses, at 10.00 am on Sunday and after the six stages the first three only (due to Covid restrictions) will come back to the ceremonial ramp outside the Abbey Hotel in Donegal Town, the main sponsors.

“We expect to have around 140 in the main field and about 20 juniors,” commented Kevin Glendinning, who is part of the organising committee.

The last rally to  be held in the county was the Donegal Mini-Stages Rally in January 2020.

Details of the rally, being hosted by Donegal Motor Club, were initially released at the launch in August where the guest of honour was 1981 World Rally Champion Ari Vatanen, who won the Donegal International Rally in 1978. 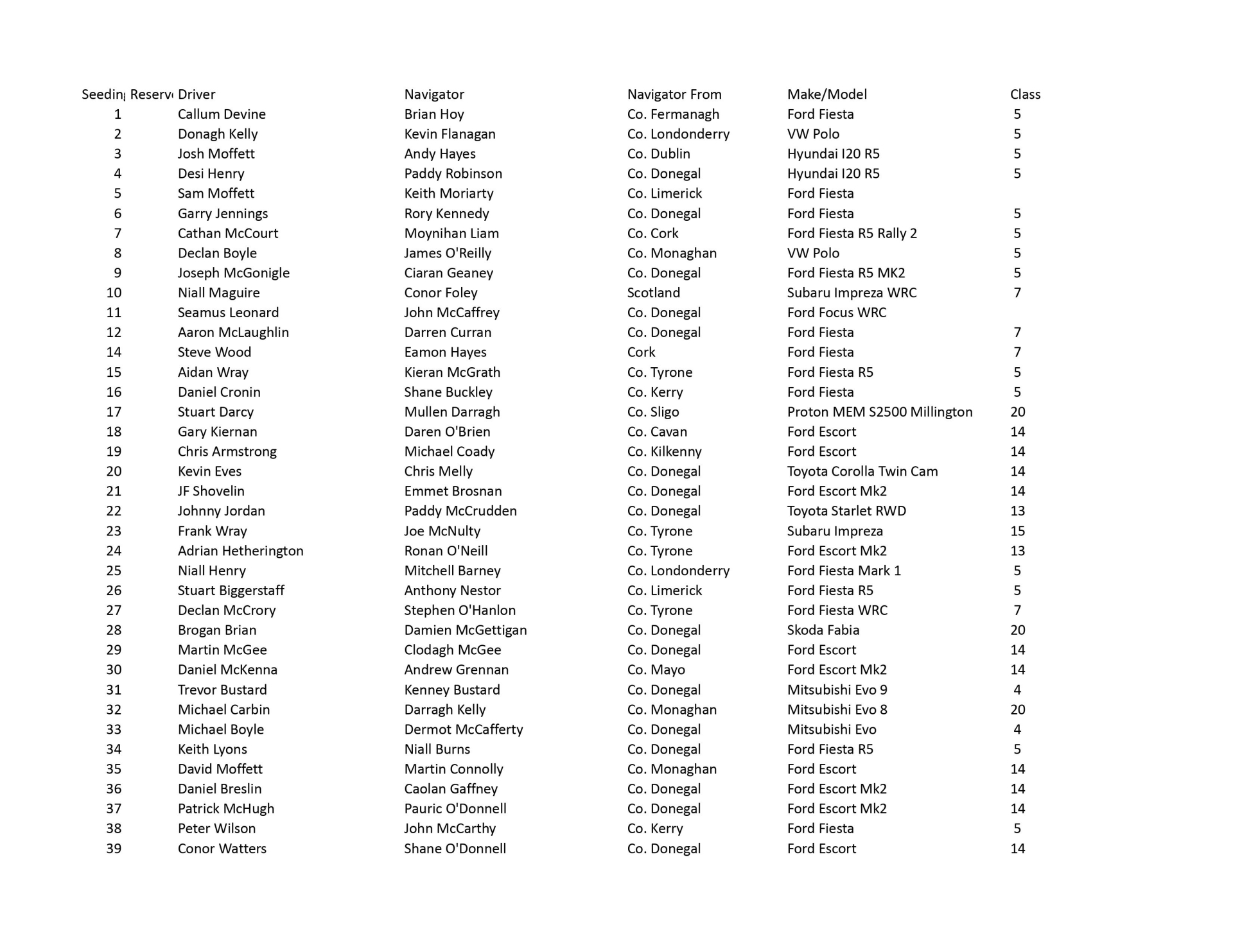 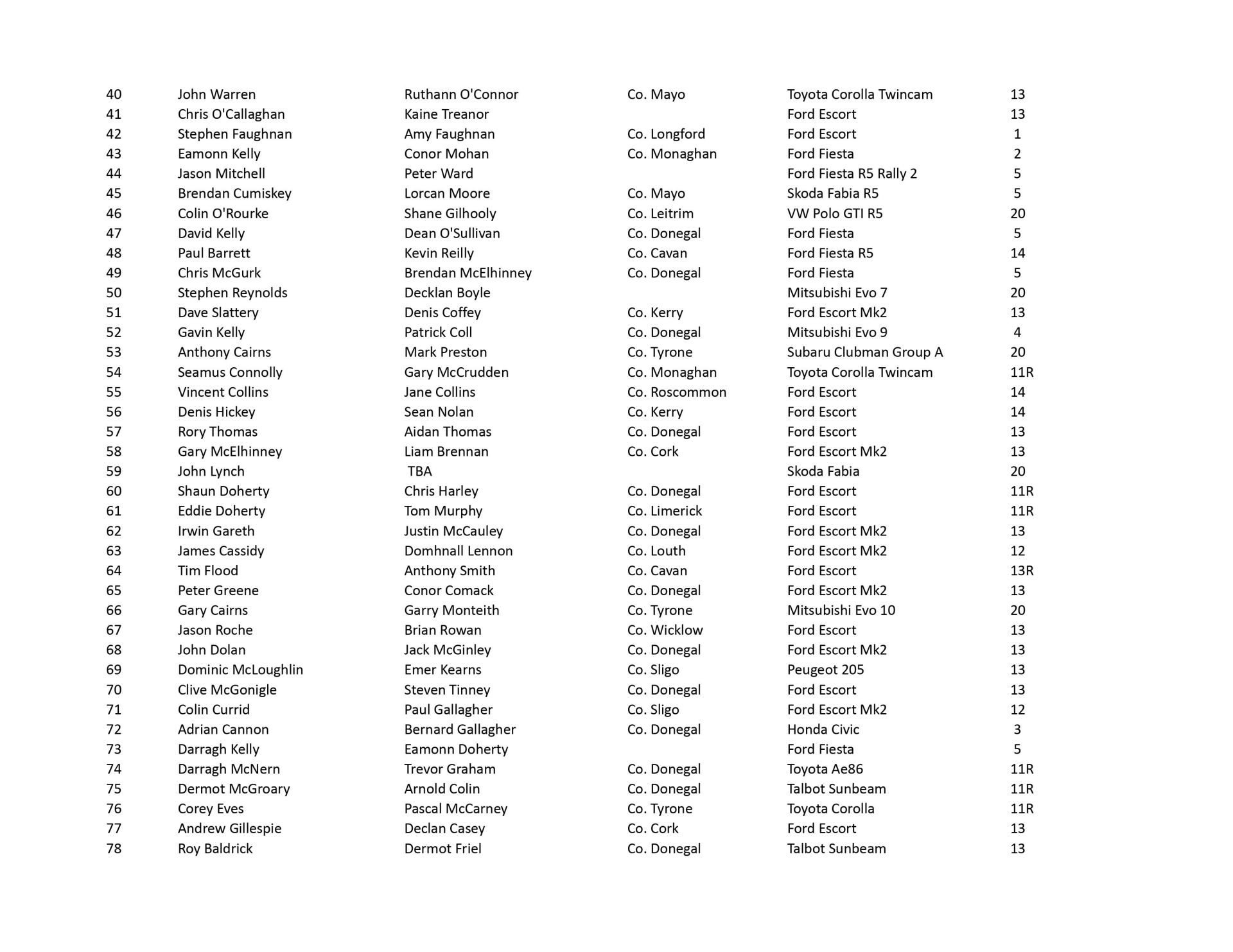 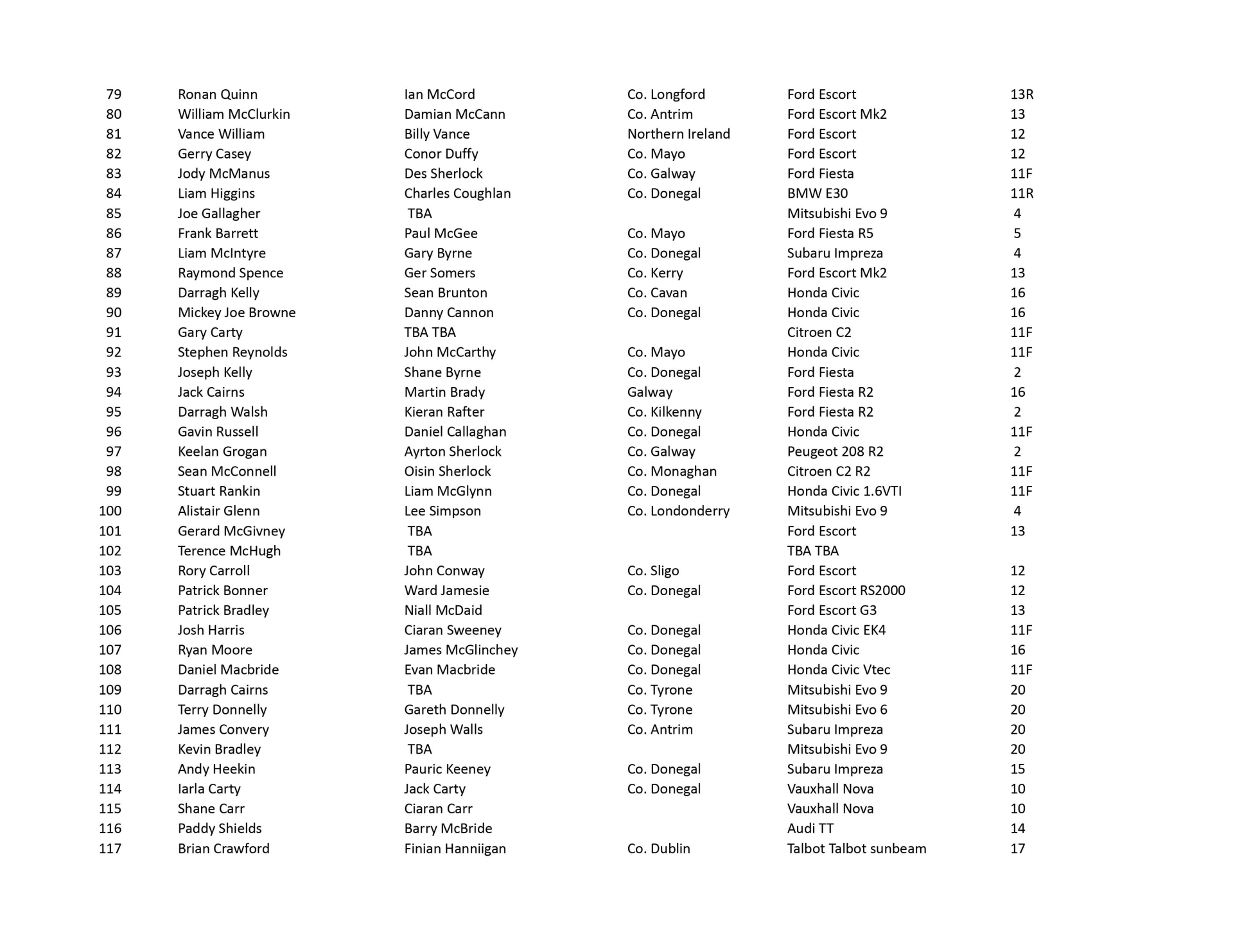 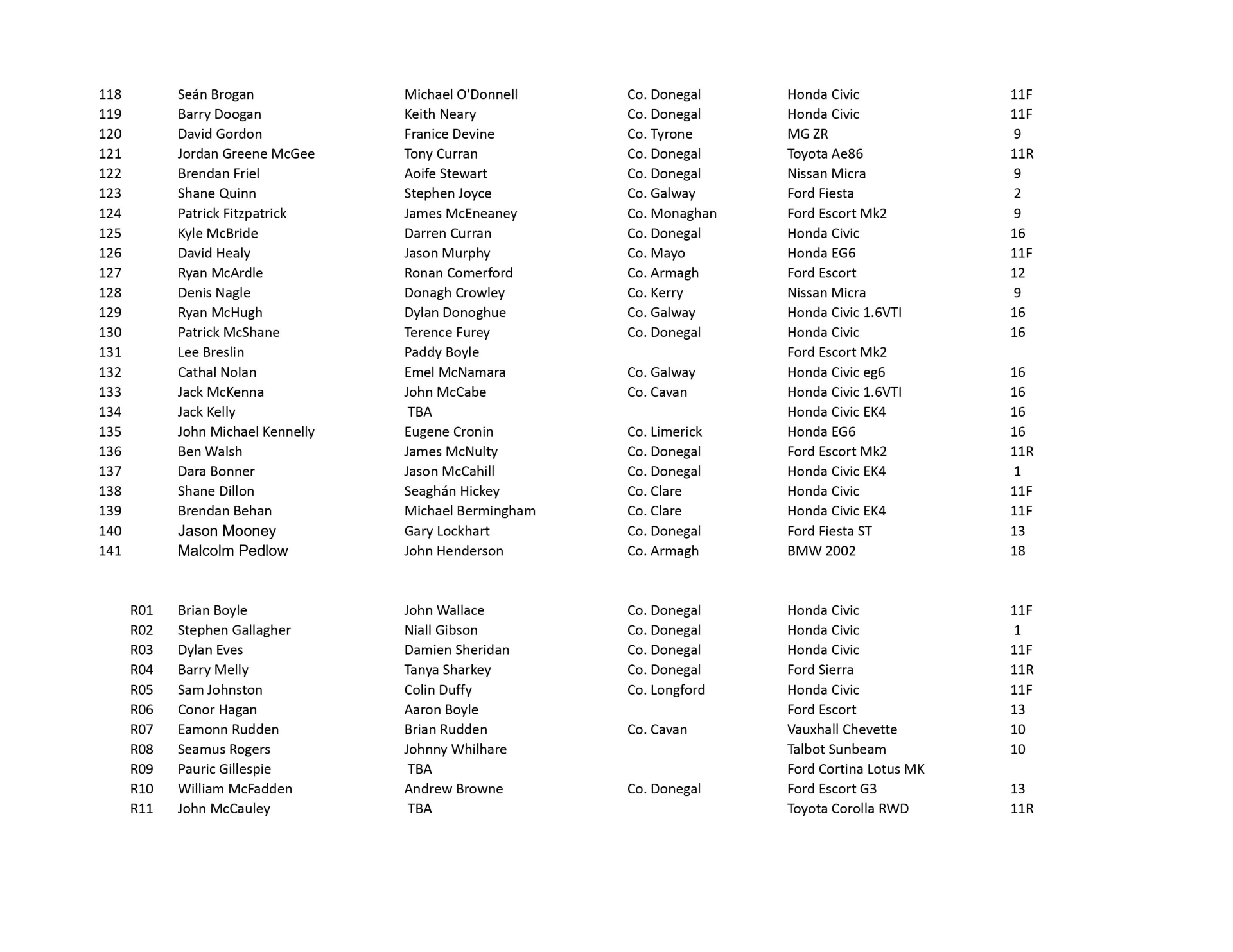