McBride wins in the Kingdom - after eleventh hour entry 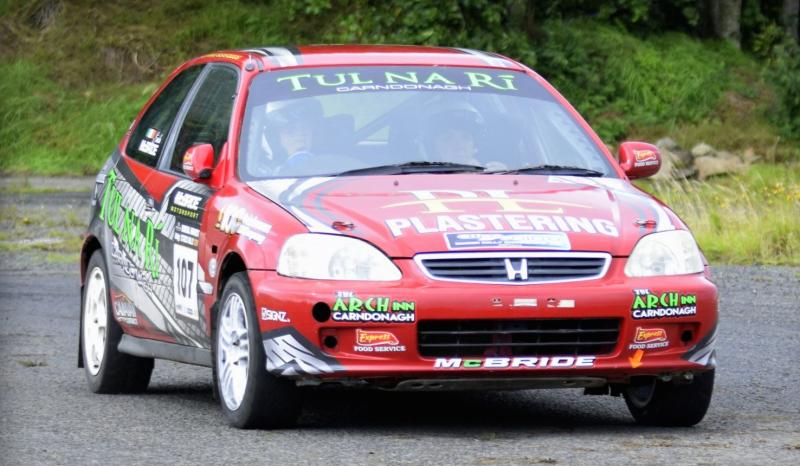 Their entry was only confirmed at the eleventh hour, but Inishowen duo Kyle McBride and Darren Curran won the junior section of the Kerry Winter Stages Rally on Sunday.

At 10.30pm on Saturday night, Kieran McBride jumped into a van at the Isle of Doagh and towed a Honda Civic to Kerry.

It was then when Mark Kane - whose car Kyle McBride was working on with Philip Case Motorsport - realised that a broken timing belt meant that his Subaru wouldn’t be going under starter’s orders.

McBride and Curran were both in Kerry and suddenly the 37th listed reserve had an entry.

“We didn’t expect to get to do the rally, but we had the prep work done anyway,” McBride told Donegal Live.

“We decided on Monday evening to get the car ready. It was a good experience for us to do that.

“Mark more or less gave me his entry an it was half past ten on Saturday night when we realised we were in.”

Kieran McBride pulled the van into Banna at 4am on Sunday. By 6.30am, the Civic was at scrutiny and a few hours later the crew inside were toasting the winning of the junior section.

McBride was behind the wheel for only the second time in a tarmac event, his first the recent Donegal Harvest Stages Rally.

In 2019, he won the Gravel Championships in a J1000 car alongside his father.

He began his motor sport career aged just 15 at the Rallysport Association in Northern Ireland at tracks like Aghadowey, Mondello Park, Nutts Corner and Ballykelly, driving a Micra before switching to a Corsa. On one occasion, he won the Winter Championship.

After doing some forestry events, he has recently tradition onto tarmac events. At the Donegal Harvest, he and Curran were second in the juniors.

“I have adapted well to it, but it’s a lot faster pace now in the 1600CC car,” McBride, who is doing a mechanic’s apprenticeship with Philip Case Motorsport, said. “We’re racing against the big boys.

“We had a very good run on Sunday. We really found our feet on stage 2, but we got caught behind another car on stage 3 for 12km.

“The stages suited my style - very fast and bumpy.”

Kane put his entry fee up as a prize fund before the start and McBride praised the Kerryman’s endeavour over the weekend. He was indebted, too, to his father’s intervention and the continued support from his sponsors.