Jordan Furey prepared to go the distance on biggest stage yet 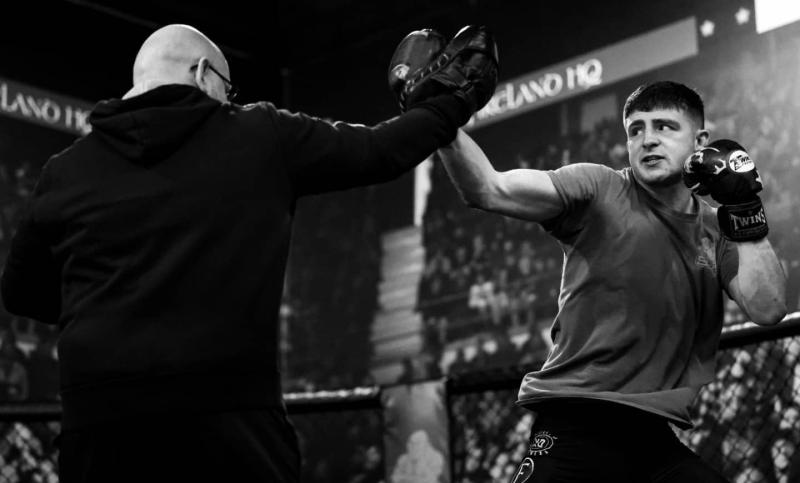 Jordan Furey always felt as if he was a fighter. He was always fighting. The difference now is fighting is his job. Fighting is his life, but it wasn’t always so.

Furey tops the bill at a Clan Wars VIP event this Sunday at the Crowne Plaza Hotel in Belfast. He defends his Clan Wars super lightweight title against Fredrick Høifødt from Norway. The bout is being shown live on Norwegian television.

The 22-year-old Furey has come a long way since before entry into mixed martial arts gave him a sense of purpose.

“I was just always fighting from a really young age,” Letterkenny native Furey says. “Growing up in Glenwood, a lot of people my age would be getting into fights a lot. I used to stay with my granny sometimes, up the Long Lane, and I’d get into fights there. It was just being young lads, hanging around.

“When I was younger, I always thought I was a good fighter. When I went to training, I realised that I wasn’t as good as I thought.” 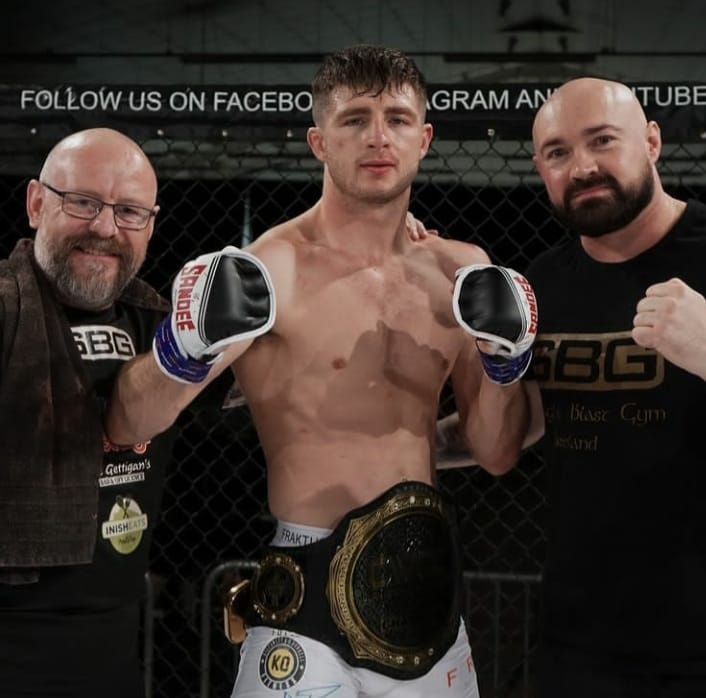 Initially, Furey boxed at Letterkenny ABC under the tutelage of John Elliott. Joining up with Brian Coyle at Rilion Gracie Ireland in Letterkenny proved a seismic moment for Furey.

“At the time, I was doing MMA on the Tuesday and Thursday nights and was boxing Monday, Wednesday and Friday,” Furey says. “My grappling wasn’t there. The boys there who did jiu-jitsu were so much better. They were gaining on me as they were doing jiu-jitsu three times a week so that’s when I stopped boxing.”

Among his training partners at Rilion Gracie Ireland was Moville man Darragh Kelly, whose professional MMA debut was recently delayed and he’s now expected in a pro cage in early 2022.

Coyle also worked with Kelly and those days have helped shape Furey, who is now based at John Kavanagh’s Straight Blast Gym (SBG) in Dublin.

“Brian was brilliant,” Furey says. “He is a really good coach. He is a very smart jiu-jitsu coach. He knows his stuff and the only reason I moved to Dublin was that there are more people in Dublin.

“Being with Brian 100 per cent gave me a purpose. Right now, MMA is the only thing I do.

“I don’t have a job and I train at SBG full-time. When I started off first I was doing a bit of construction work and I lived in Galway for a while.

“I knew that MMA was what I wanted to do. I wanted to compete because I liked doing it and had the interest. I was watching the UFC and it was getting more popular all the time so I just quit working and did it.

“Martial arts is great for anyone. If you come and do the training, it will help you. I always loved watching fighting, boxing or cage warriors. The first time I saw MMA was when my friend’s dad was watching Chuck Liddell. Conor McGregor started to become really successful and that’s when my eyes were opened to it.

“Martial arts is great even for people not competing. It will discipline you for anything and it will focus you. If you’ve got someone kicking the hell at you, you’ve got no choice but to focus.

“It has been great for me. If I hadn’t got into MMA, more than likely I’d just be working and drinking at the weekend; the same as most people my age.” 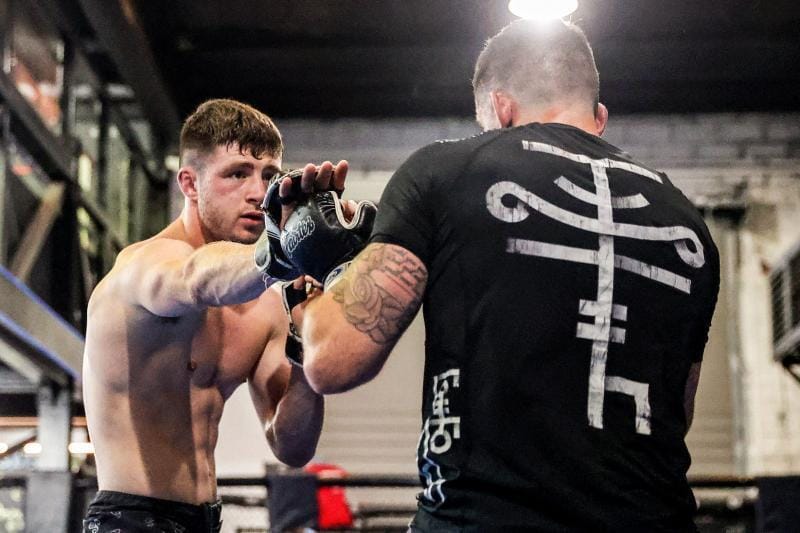 When he joined SBG at first, after his former Rilion Gracie colleague Kelly made the move, Furey lived in accommodation with other fighters.

“We lived like monks,” says Furey, who now lives in Cabra with his girlfriend, Aine.

“We really were like monks in a monastery; everything we ate was for fuel. There was nothing sweet ever lying around.”

The chance to join SBG and John Kavanagh, who is McGregor’s coach, was a no-brainer for a young hopeful like Furey. A year ago, he made for the capital and he won the super lightweight title in August when he stopped Aaron McDonald in the opening round.

“When I was in Letterkenny, I just sort of ran out of people to train with,” Furey says, “and I really wanted to go for it.

“Darragh was already in Dublin and when SBG shut because of Covid, we did a bit of training together for a couple of weeks. My plan was to get another couple of fights and move to Dublin, but Darragh put in a word, showed them the videos.

“I went down for a trial one Thursday and the following Monday I was moving to Dublin.”

He works with Kavanagh, Dave Roache and others from the SBG pro team at SBG HQ in Inchicore every day for a couple of hours.

In a social media post directed at Furey this week, a bullish Høifødt said: “I hope you’re in shape because I am. I will come and drag you into deep waters and I will have you suffer.”

Furey is winding down on the work now and will make the scales comfortably on the super-lightweight limit, he feels. There is not even the slightest hint at nerves. 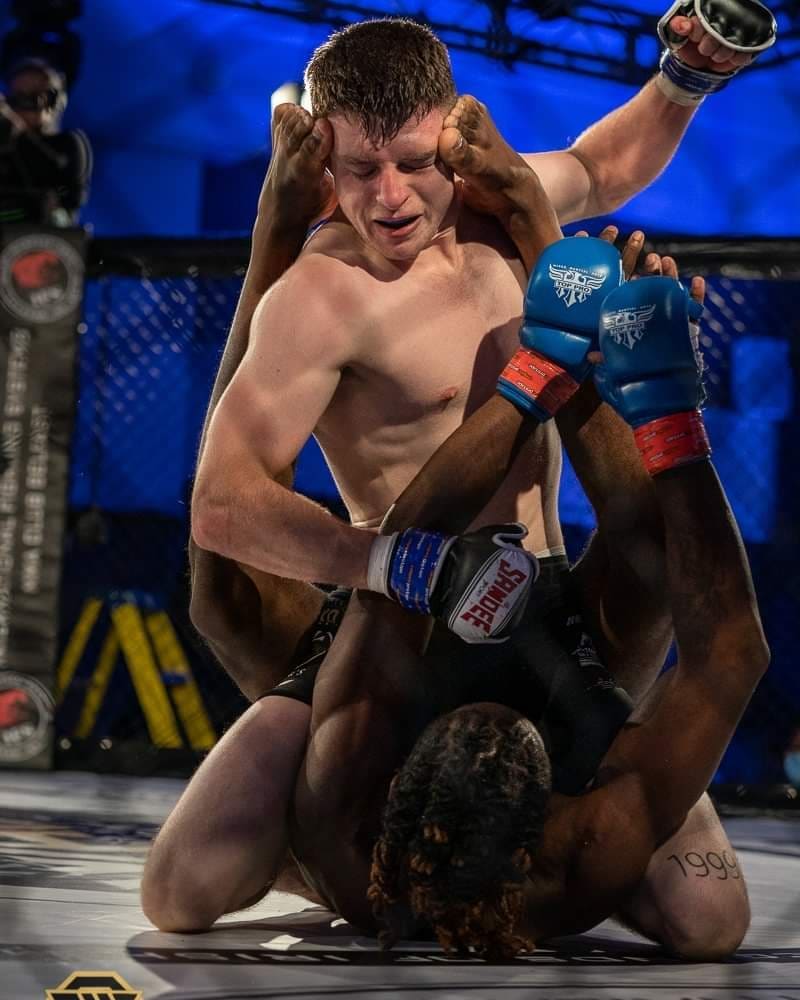 “I am confident everywhere when I go into a fight. I watched Fredrick a good bit and I’m sure he’s going to be in to try and grab my legs. He seems to be more of a grappler and striking doesn’t seem to be his thing. I won’t underestimate him, but I’m 100 per cent coming in to stop the fight.

“I do that in all of my fights. I come in looking to get knockouts more than submissions. I don’t come in to grind out decisions. I’m prepared for the fight to go the whole distance. I’m coming to win. I’m not too worried about what I have to do - whatever I need to do to win, I’ll do it.”

Furey (4-0) has hopes of competing at the World Championships, which have been postponed to January and will be held in Abu Dhabi.

First, though, he has a belt to defend against Høifødt (5-1), who fought at the IMMAF World Cup in September, defeating Kevin Enz on a split decision in Prague.

He’ll go to the cage just as he always has: Fighting. It’s the only way he knows.