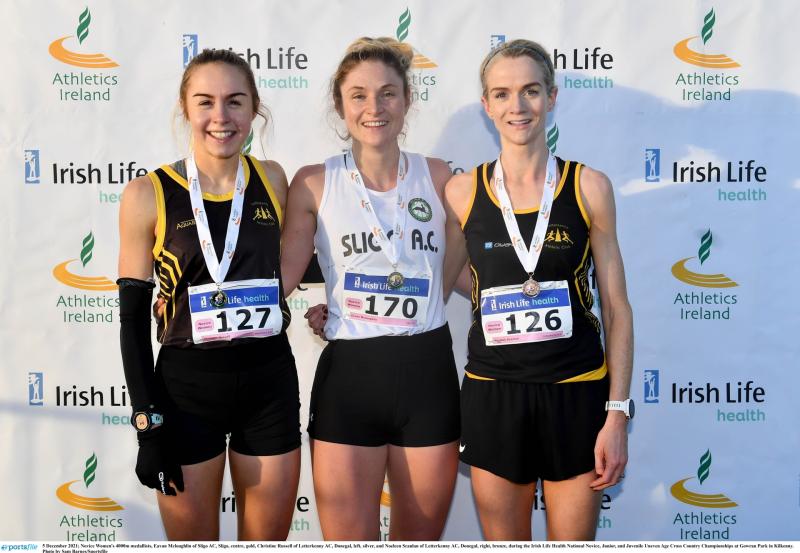 Christine Russell and Noeleen Scanlan were second and third individual to lead the black and amber charge.

Russell left with the silver medal and Scanlan took the bronze. The LAC pair were neck-and-neck behind the winner, Eavan McLoughlin from Sligo AC.

Their podium placings helped steer Letterenny to the team gold.

Russell, Scanlan and Kelly, along with Rosses AC’s Helen McCready, who finished ninth overall, won the inter-county gold for Donegal. 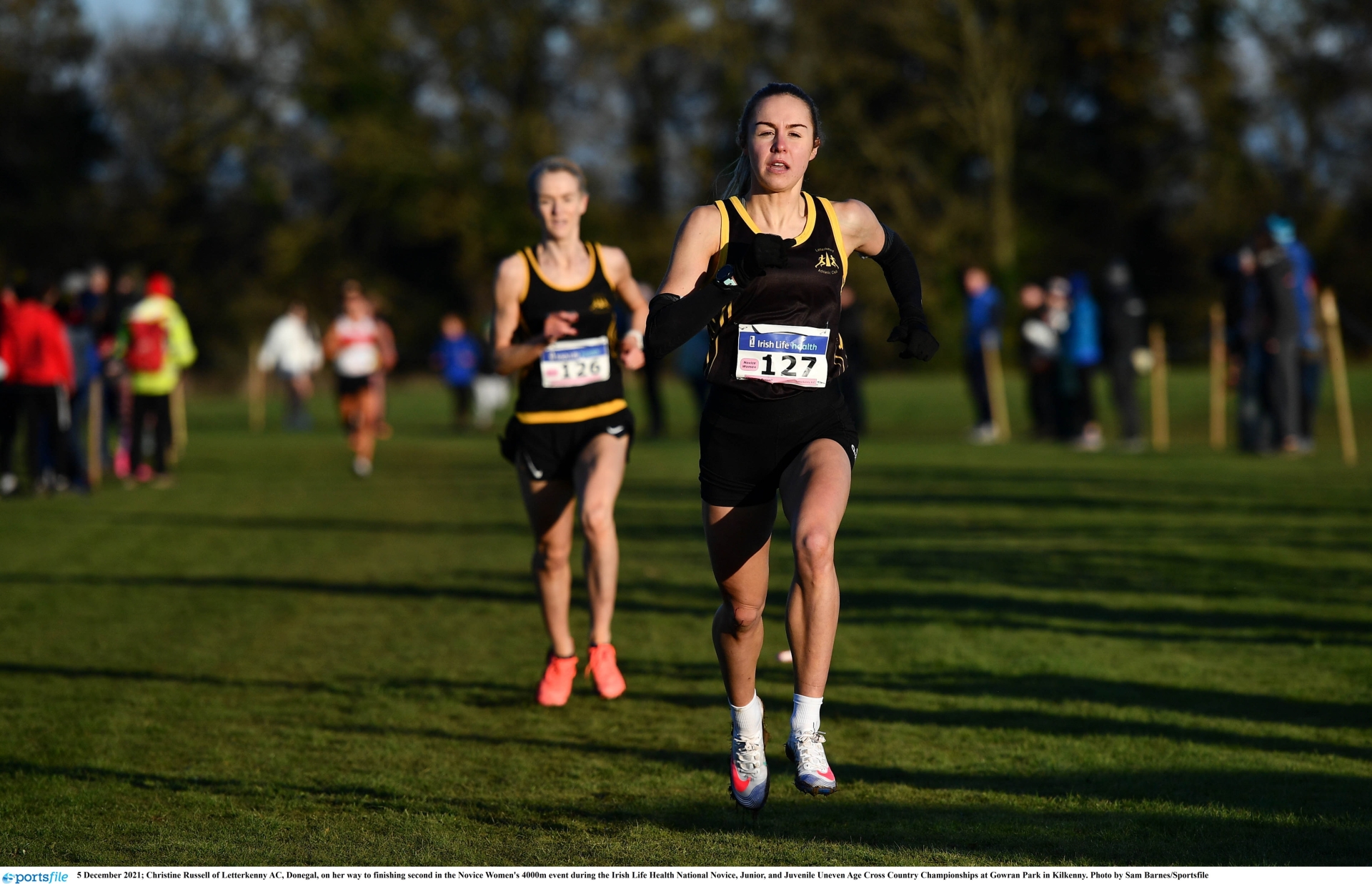 Donegal were fourth in the men’s novice cross country race. The understrength team were led by Jon-Jo Doherty (Finn Valley) and Eoin Hughes (Letterkenny), but were unable to get among the medals.

Finn Valley won gold in the under-19 women’s race, led by the determined Nuala Bose in sixth.

Cara Laverty, soon bound for Providence College on a scholarship, was just behind in seventh while Sarah Bradley completed the scoring team in 12th.

This adds to their recent victory in the under-20 cross country race. 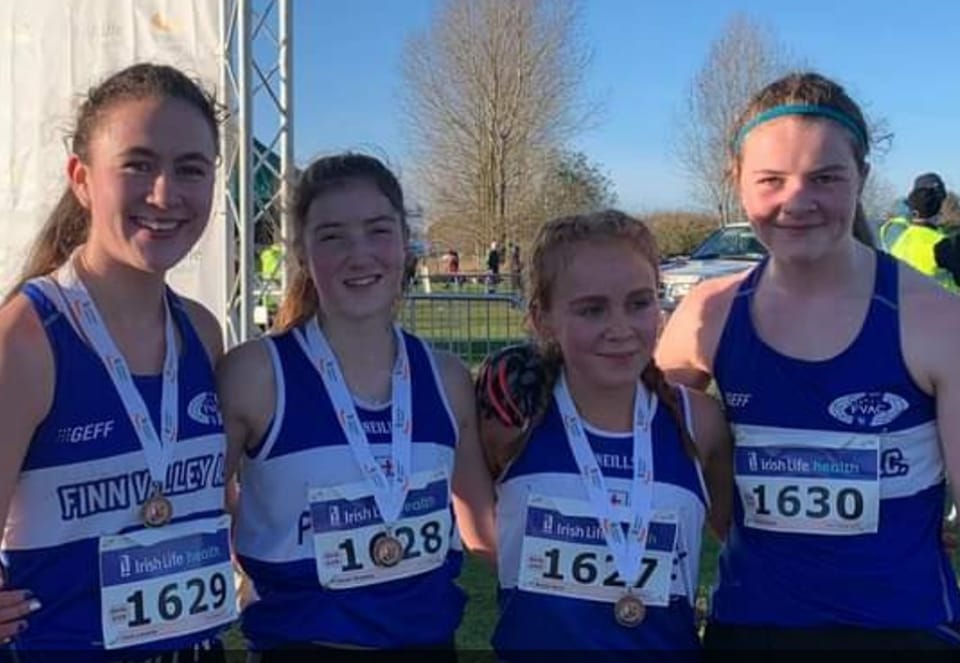 Caolan McFadden of Cranford AC gave a very strong performance to win silver in the under-15 boys race. McFadden - who is showing excellent form this year - was inched to the line by Francis Donoghue from South Sligo AC.

Finn Valley’s Under-13s were the bronze medalists in the under-13s with Nia Byrne, Niamh McGlinchey, Andrea Reid and Chloe Burns scoring. Finn Valley AC were edged by Ennis and Westport on the podium.