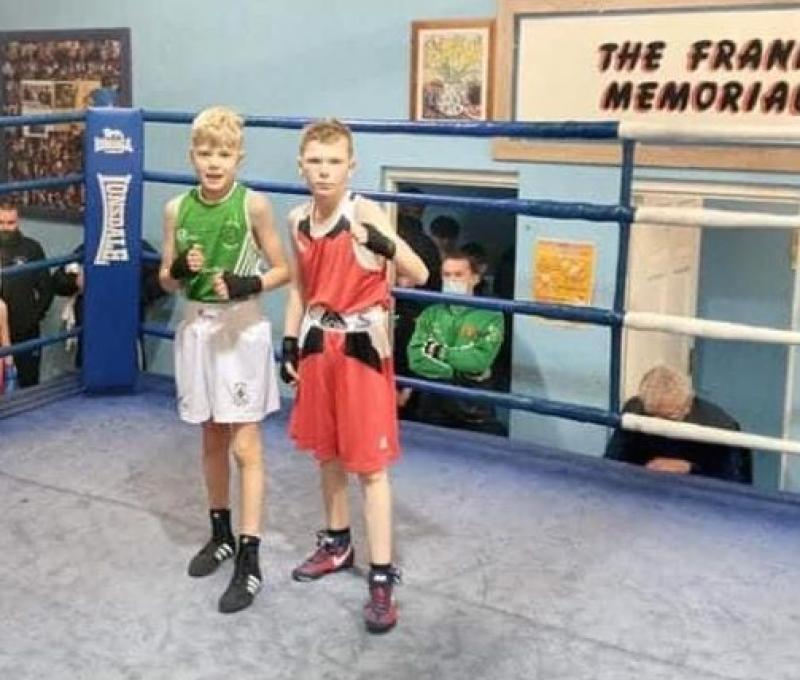 Parke defeated Calvin Stokes of Olympic BC, Limerick on a unanimous decision in a Boy 1 semi-final at 31kgs.

At the Drimnagh ABC in Dublin, where the National Schoolboy and Schoolgirl Championships are taking place, Parke showed impressively to take the nod from all five ringside judges.

Parke will face off to Conal Dunlop from St Paul’s in Antrim in Saturday’s final. Dunlop stopped Ballybough’s Alex Harris in his semi-final.

Parke was beaten by Dunlop at the recent 9 County Championships, but will look to get one over on his rival in the capital.

Conan Kearney from St Bridget’s Clonmany advanced to the semi-finals at Boy 2 56kgs as he overcame Dylan Rockett from Tramore. The previously unbeaten Rockett presented a stern test, but Kearney passed with flying colours to take a unanimous decision.

There was no joy for Dunree’s Gareth Doyle, as he lost on a 3-2 split decision to Oughterard’s Tom McAleer in their Boy 1 35kgs semi-final.

Tennyson is up against Francis McCullagh from Antrim in a Boy 2 48kgs semi on Friday with Doherty taking on Lauren Doherty of Father Horgan’s ABC in a Girl 2 41kgs semi on Saturday.

Dunfanaghy’s Jack Boyle has a bye into the final of the Boy 2 65kgs category while Raphoe ABC’s Rachel Harron received a walkover win at Girl 1 55kgs.