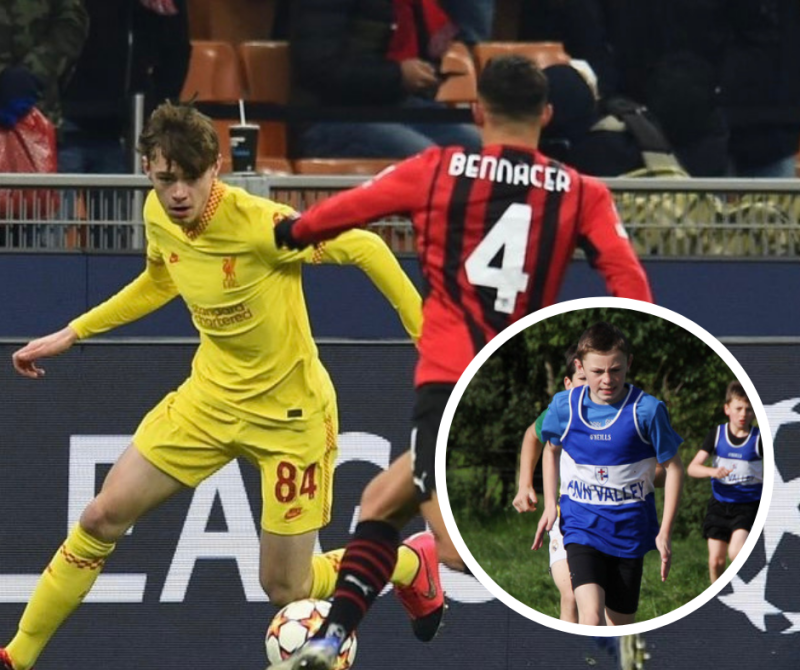 Conor Bradley, who made his Champions League debut for Liverpool on Tuesday night, cut his early sporting teeth at Finn Valley Athletics Club.

The 18-year-old came on as a late substitute in Liverpool’s 2-1 win over AC Milan at the San Siro.

Bradley’s appearance came at the end of a game that saw Liverpool create history as they became the first Premier League team to win all six Champions League group games.

On Instagram, Bradley, who signed a new long-term deal with the Reds in July, said  the appearance was a dream come true. At the end of the game, he shook hands with Swedish star Zlatan Ibrahimovic.

Bradley hails from the rural townland of Blacktown, just outside the west Tyrone village of Killen.

Bradley cut some of his early sporting teeth in the blue and white singlet of Finn Valley AC.

His history is recounted in a forthcoming book that will celebrate Finn Valley AC’s 50th anniversary.

At the 2013 Donegal juvenile cross-country championships at Porter’s Field in Castlefin, a future Premier League player fought for position.

His mother, Linda, roared on from behind the tape as the Aghyaran schoolboy surged away in the under-11 race.

Conor Bradley was moulded from stuff stuff in west Tyrone. 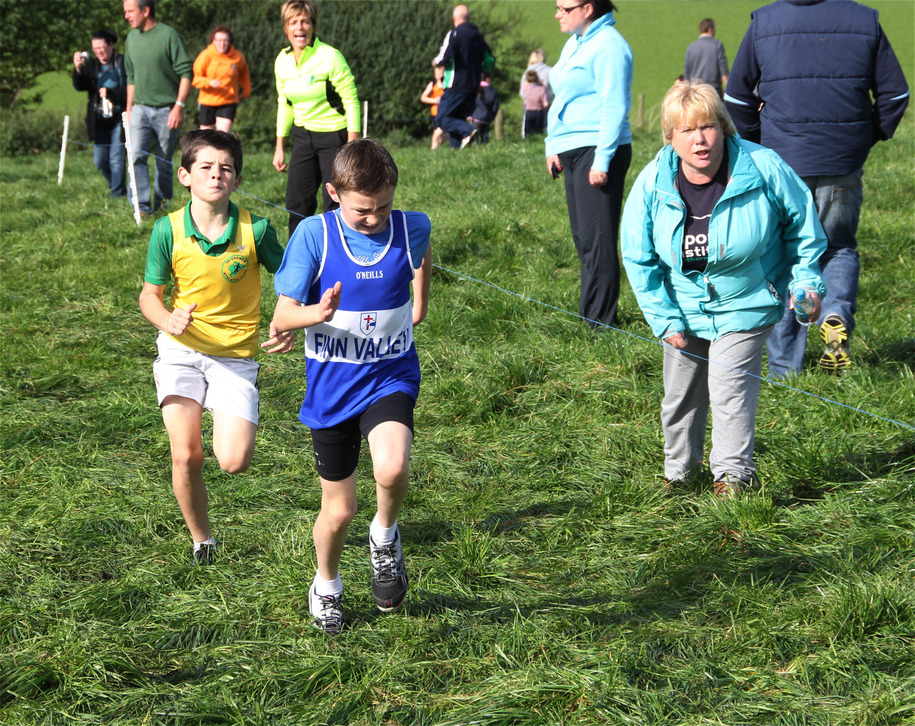 In Castlefin, Bradley showed how he could dig deep.

He did it again in the 600m at the school sports a few months later, pipped by Liam Hannigan of Letterkenny with only half-a-second between them.

Bradley joined Liverpool FC’s Academy in 2019 and he was just 16 when he was training with Mo Salah and Virgil van Dijk.

He made his senior debut in a Carabao Cup tie against Norwich in September 2021 and he has been capped at senior level by Northern Ieland.

In a recent interview, he said: “I want to maximise the talent I've got. I love the way you have to work hard and earn the right to play. That's my main ethos as a player and that's what Liverpool is."