50 years of fulfillment and happiness for Bishop Boyce 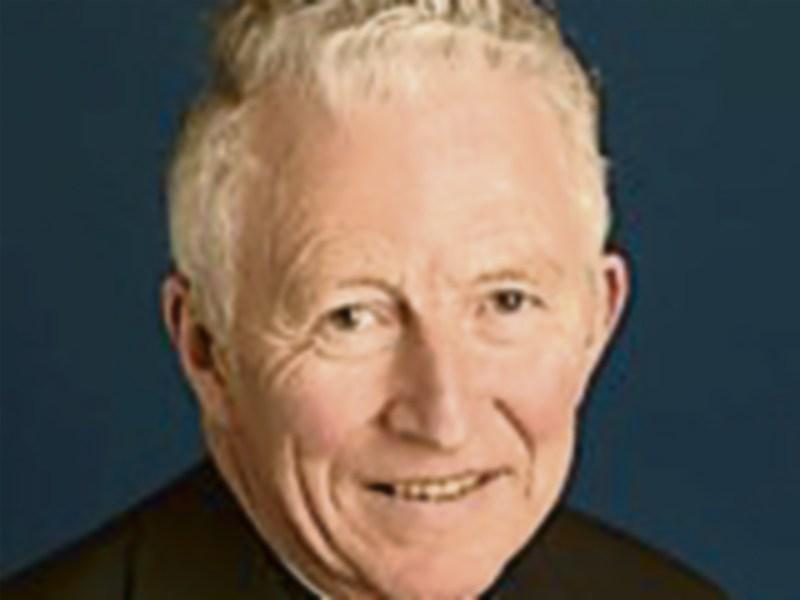 The Bishop of Raphoe, Dr Philip Boyce, has thanked the people of the diocese for being so “cooperative and good” throughout his time as bishop as he approaches his 50th anniversary of joining the priesthood.

He was speaking ahead of the 50th anniversary which will be marked next week with a mass in St Eunan's Cathedral.

Speaking to the Donegal Democrat, he said his time in the priesthood had given him “a very fulfilled and happy life”.

“I never regretted it. It has been a very happy and fulfilled life and I would say that to any young boy or man who feels the attraction, not to be afraid. If the Lord is calling someone to follow him, then the church needs that person.”

He was ordained on April 17th 1966 and  he has been reflecting on his time in the priesthood as his golden jubilee approaches.

“Fifty years seems such a long time, certainly when you look forward to it. When you are ordained, you begin something in life, you never think about fifty years time. Then when you look back it seems to have gone so quickly and you just wonder where all the years went. They were filled with all kinds of good things, I hope - easy things and difficult things. There is no life that escapes it. I suppose being a priest you are in the service of the people and the service of the church and that can be very fulfilling in its own way, helping people.”

He said he has experienced a great warmth in the dioceses in the recent weeks as the anniversary approaches. “People have been expressing their appreciation, the fact of being with them as their bishop for 20 years. That in itself is a long time.”

He was ordained Bishop of Raphoe in St Eunan's Cathedral on October 1st 1995 and the preceding 30 years he spent in a Carmelite monastery.

He entered the Carmelites in 1958 in Loughrea, Co. Galway and studied in Dublin for three years before going to Rome in 1962. He studied in Rome for four years and was ordained there.

His calling came to him quite young in life. He grew up in what he calls a traditional Catholic family. His father owned a grocery shop and the family knew a lot of priests.

“A lot of priests would be around and my uncle was a priest in Glasgow and would come home every summer. So I’d be used to seeing priests and serving at mass. So I suppose maybe that and the whole atmosphere at the time sowed the seed.”

When he was about to go to secondary school a newly ordained priest, Fr Michael Brown, came home to the parish of Carrigart. He was a Carmelite and after a conversation with the 13-year-old, he suggested he go to study with the Carmelites.

The young Philip Boyce went to the Carmelites at  Castlremartyr College, Co. Cork, for his secondary education and then joined the noviciate of the Discalced Carmelites in Loughrea.

Of course there have been many changes over the 50 years and the changes in the priesthood often come as a result of the changes in society, he says. In a more secular society there has been a falling off in the “practice”. “People are still very good and religious in many ways but maybe there is not the same amount of practice as there was in that time and people are exposed to more difficulties and more challenges.”

The falling off, saddens him, he says, “but I suppose we can’t lose heart”.

“The priests have been very good and I admire them, really for all they do and their commitment. And you always get volunteers and others who help you in administering. Being a bishop is not a one-man show. You have to be helped by others.”

He says the fall off in vocations has not impacted very severely on the Dioceses of Raphoe yet. “We have 33 parishes and every parish has at least one priest and some would have more than one priest - two or three depending on the size of the parish.

“There may be some parishes with two or three or four churches, and you can't have four people. Two priests can serve the parish just as well.”

But he acknowledges the concern it can cause when numbers of priests are reduced, or one part of a parish does not have its own priest.

“When you do have a priest in a place, big or small, it does help the life of the parish. People do need the presence of the priest and they do appreciate it.

“It's just  like taking the post office or the garda station away, it affects the people of the parish.”

He said there is no indication yet of when he will retire from his position, more than a year after he tendered his resignation.

Bishop Boyce turned 76 in January having tendered his resignation last year when he turned 75 as required.

The bishop must remain in his position until a successor has been appointed. “I’m over a year now retired if you like, but still to keep on until we get a successor and as yet there is no sign of a successor, but someone will come.”

He said that retirement will bring a relief from the stresses and travelling involved in the position.

“When you get to 76 you don’t have the energy and the strength and the initiatives or vision  that you had when you were 56 or 66 even. Not to have to be traveling so much, not to have so many things to do and problems to solve and stress and so on, certainly that will be a relief. But as regards being a priest you are a priest forever.”