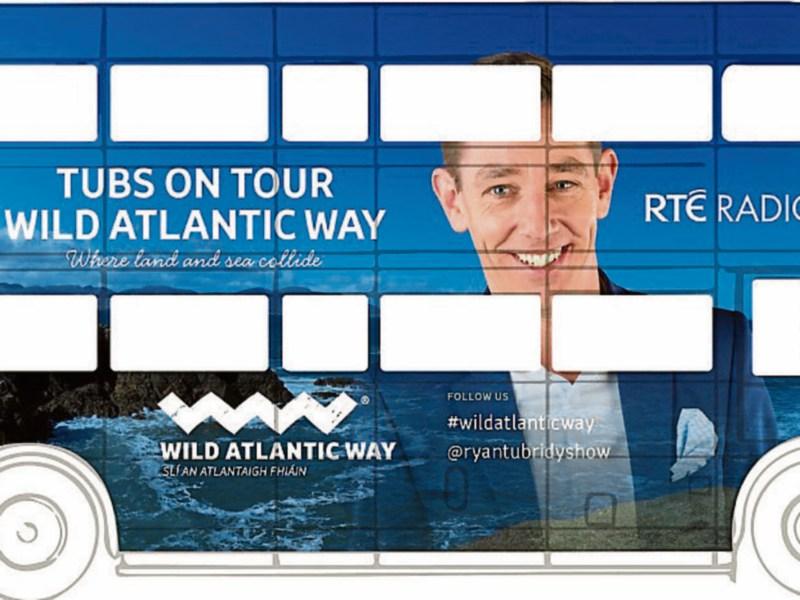 The Ryan Tubridy Show will be broadcasting live with RTÉ Radio 1 as the show visits the Wild Atlantic Way from Monday 30th to Thursday 2nd June.

The first broadcast, fulfilling a commitment Ryan made on the Late Late Show, will be from Buncrana.

Tubridy who famously brought his ‘Bucket and Spade’ tour to Bundoran some years ago, will be broadcasting live this time from four locations on the Wild Atlantic Way, his Donegal stop on May 30th the first of those.

While Tubridy may be slight of build, there’s not much chance of missing him, as they have a bus with them this time - and not just any old bus.

The four live broadcasts will be from:

Strandhill in Sligo (Tuesday, 31st May), The Seafront on Strand Rd (beside the Strandhill Surf Shop);

Ryan will be interviewing some local tourism businesses from the surrounding area and discussing some of the many activities and experiences available to anyone touring the Wild Atlantic Way. You can follow Ryan's journey on Twitter @wildatlanticway