1992 book to be launched tonight in the Abbey Hotel 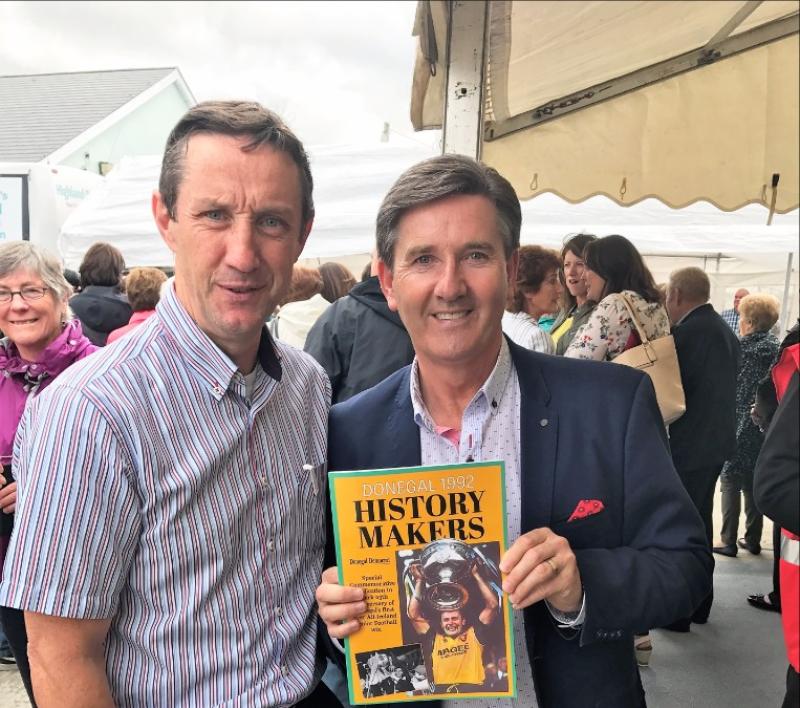 The Donegal Democrat's Joyce McMullin gives Daniel O'Donnell a sneak preview of the Democrat's new book History Makers which will be launched tonight in the Abbey Hotel. Photo Matt Britton

In 1992 when Donegal won their first All Ireland senior final the victory was celebrated by so many and in particular by none other than Daniel O'Donnell who many will recall sang to the wee hours in the Grand Hotel in Malahide in Dublin at the victory banquet.

Earlier this week one of the stars of that victory, Joyce McMullin, a Sales Executive for the Donegal Democrat, met Daniel during the Mary from Dungloe Festival festivities (another Donegal success story) and presented the proud Donegal man with an early copy of the Democrat's new book "History Makers" which marks the 25th anniversary of that famous win in 1992.

*History Makers will be launched tonight in the Abbey Hotel at 8.00 pm with everybody invited to attend. Peter Quinn, the President of the GAA in 1992 who famously presented the Sam Maguire to Anthony Molloy, will be there, Brian McEniff and big Anthony will also speak. It should be a good night and an open invitation is extended to all who wish to attend.