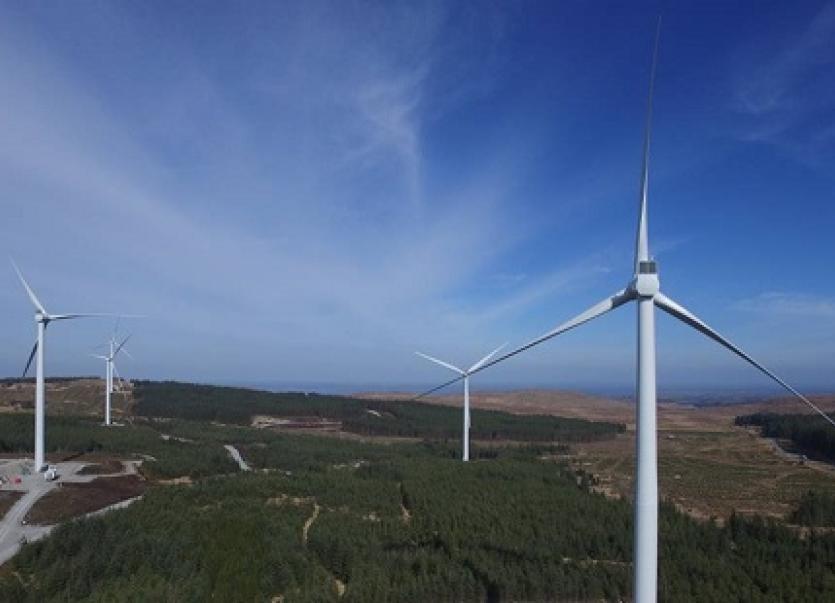 Members of Donegal County Council have stated their opposition to a controversial wind farm development in the Finn Valley but council planners have given their approval for the project.
An Bord Pleanála is due to decide on the proposed 19-turbine wind farm at Meenbog close to Barnesmore Gap.
In a report on its views on the project, the council said it recommends granting planning permission subject to the condition that seven of the 156.5m turbines be omitted as they are not within the setback distance of ten times the tip height from residential properties.
The proposal by Cork-based Planree development is the second time the company has attempted to construct a large wind farm in the area. In 2016 a 49-turbine project, which faced fierce opposition from local residents, was denied planning permission. The new smaller application focuses on the western cluster of wind farms included in the first application.
At a special meeting held on Monday to gather the views of councillors which will be added to the council's report, councillors said they were concerned about a number of issues including the overall impact of turbines in Donegal on the county’s growing tourism industry.
A proposal made by Cllr Ian McGarvey and seconded by Cllr Seamus Ó Domhnall that the councillors oppose the development was passed.
The development has been designated as Strategic Infrastructure Development and the decision on the application will be made by An Bord Pleanála and not the county council.
Senior Executive Planner Paul Kelly told the meeting that the sole reason for the rejection of the previous application was the inadequacy of bird population surveys.
He said the repeat application is on the western area of the original application and on a smaller area. “A lot of the issues we would have had with the eastern cluster which is close to a large number of residential dwellings do not carry through.”
The meeting heard that local councillor Gary Doherty has concerns that include the impact of the wind farm on the Croaghonagh Bog, which is classified as a Special Area of Conservation (SAC).
In a statement read into the record by his Sinn Fein colleague Cllr Marie Therese Gallagher, he said: “A substantial blanket bog in the area is home to a number of rare species of plants and wildlife and stands to be greatly perturbed by a development such as this. Bird species recorded as inhabiting the SAC include the Greenland White-fronted Goose and Merlin, both of which are listed under Annex 1 of the EU Birds Directive due to their high level of endangerment.”
Finn Valley councillor Patrick McGowan said there needed to be an independent survey on the impact on peat land. He said local people have concerns about the unknown effects of wind turbines.
“I think the one thing is that there is a lot of emphasis and talk about wildlife and habitat. The thing that is causing most concern is the impact that it is having on people.”
Answering a question posed by Cllr Gerry Crawford, Mr Kelly said the report from the council is based on policy and guidelines as they stand, and An Bord Pleanála will make a decision based on the guidelines in effect.
Finn Valley councillor Martin Harley said the county has been put on the map by the Wild Atlantic Way and there is a “massive potential for tourism”.
“The wind farms may give initial work in construction but there isn't much work in upkeep and maintenance.
“There is a massive potential in tourism but we could be blighting our landscape with turbines and we could never get it back again.”
Cllr Seamus Ó Domhnaill said there are fears in the area that this application will lead to a further application.
He asked whether environmental impact statements should be independently evaluated. “Essentially, the results you want, you will get them if you shop around
“I am not saying I am totally opposed to it, but I am saying that what should be done should be done right. It is something that is going to impact massively on communities. Donegal has more than our fair share of wind turbines.”
In response, Mr Kelly said the bird survey submitted with the application was submitted by “very, very comprehensive survey analysis”.
Council chief executive Seamus Neely said it is positive that any suggestions or observations that members want to make can go directly to the board.
Cllr Niamh Kennedy said: “We have had more than our fair share of wind farms and turbines around the county.”