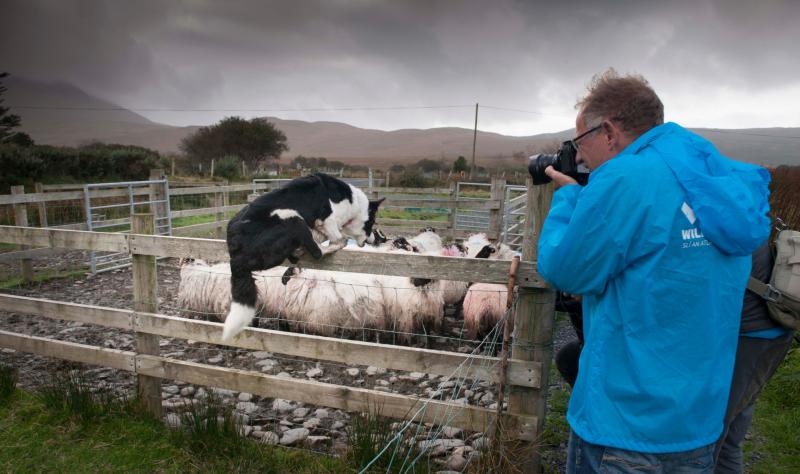 German electronics company Panasonic together with, Globetrotter and SchwarzWeiB magazines are spending this week in Ireland on a photo shoot as part of a campaign which will jointly promote the northern headlands and surf coast region of the Wild Atlantic Way with their new Lumix G9 camera.

The film crew were provided with an itinerary of the best locations to film on the Wild Atlantic Way in counties Donegal,  Galway, Mayo, and Sligo at ‘off the beaten track’ as well as some of the more well-known spots by tourism agencies Fáilte Ireland, in conjunction with Tourism Ireland.

The group visited 20 locations, five of those in Donegal - Harvey’s Point Hotel; Slieve League Cliffs; Dunfanaghy Riding stables; Trekking on Killahoey Strand; Glenveigh National Park. They also visited well known attractions in Leitrim, such as Glencar Waterfall and in Sligo, Classiebawn Castle at Mullaghmore and Ethna’s by the Sea.

Daragh Anglim, Head of Marketing and Digital with Fáilte Ireland said  the region around Galway, Mayo, Sligo and Donegal provides extraordinary and breath-taking possibilities for visitors. "With the exposure that this event will receive, particularly in Germany, and by providing them with a positive experience during their visit, we hope to welcome many more people from Germany and Europe to the West of Ireland to enjoy the fantastic and unspoilt Irish landscapes on our Wild Atlantic Way.”

He added that CSO data shows visitor numbers from Germany are showing 21% growth in the first eight months of 2018, compared with the same period last year.

He said: "This demonstrates what an important market Germany continues to be for Ireland and we will continue to be on the front foot in attracting visitors from Germany."