Young mother found dead in her home laid to rest 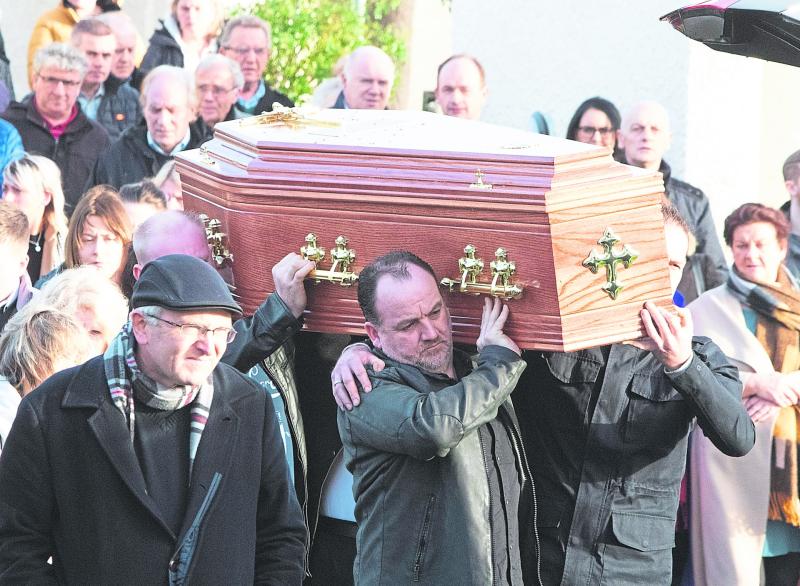 Mother of two Jasmine McMonagle who was found dead at her home on Friday has been laid to rest beside her beloved grandmother.

The 28-year-old mother of two young girls was laid to rest after funeral Mass in her native Castlefinn.

Ms McMonagle was found dead at her home in Killygordon on Friday morning.

Her partner, 27-year-old Richard Burke, was charged with her murder at a court hearing in Sligo on Saturday.

Relatives including her mother Jacqueline, sister Jenna, and brother Christopher were among the hundreds of mourners at St Mary's Church.

Prayers were offered up for her children Skye (aged seven) and one-year-old Luna.

“But bereavement around Christmas time is harder. Bereavement associated with cruel trauma is the hardest of all,” he said.

A poem that Jasmine had written on the death of her grandmother Rose 11 years ago was read to the hundreds of mourners at St. Mary’s Church Castlefinn.

Jasmine was a creative and articulate person, who loved to write Fr Crilly said.

He said the poem told of the beautiful relationship she had with her grandmother.

It was both poignant and strangely comforting that Jasmine was to be laid to rest with her grandmother, he said.

Fr Crilly said Jasmine was a good mum and had a very special relationship with her children.

“She loved to give, she spoilt her wee brother Christopher when he was young and even now when he was 22 years old,” he said.

Loved to be different

He said Jasmine, who had done some modeling,  always presented herself well.

“She didn't just follow the fashions. She loved to be different, to be herself,” he said.

She also enjoyed observing people, a trait she shared with her mother and grandmother, and always noticed the detail of what was going on around her, he said. She had thought of doing a course to become a private detective.

“With her mother and her granny, when they were in a crowd they would notice something and compare notes and laugh about it.”

Fr Crilly said he had spent time in the family home in Castlefinn in recent days and it was clear that they were very close.

He said family was very always important to Jasmine and her family “have been very impressive during these dark days”.

“And they have been buoyed up by the support and response of the local community.”

Offertory gifts brought to the altar included a photograph of her two children and a printed copy of the poem she wrote for her grandmother when she was aged 17.

A poem from Jasmine’s brother Christopher referred to her love for Kentucky Fried Chicken.

Several members of An Garda Síochána who are investigating her death were among the mourners in the church.  Her coffin left the church to the sound of one of her favourite songs, Ain’t No Mountain High Enough.

Mourners made the short walk to the adjoining cemetery where Jasmine was buried beside her grandmother.