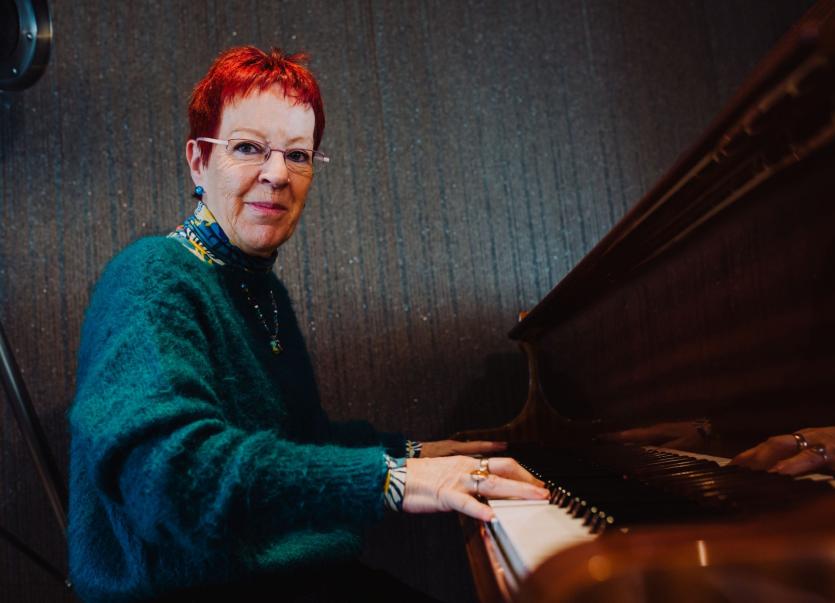 Tríona Ní Dhomhnaill: Her love of music was forged with the help of long summers in her father’s native Ranafast

For Tríona Ní Dhomhnaill, who is receiving a 2019 TG4 Gradam Ceoil award for musical collaboration, west Donegal is a spiritual home.
Ranafast, the home place of her father, was where she spent her summers, heard music and learnt songs.
He father, who worked for the Irish Folklore Commission, harvested songs and stories from the surrounding area.
Tríona, her sister Maighréad and brothers Mícheál, Éamon and Conall, would spend their summers there, singing and playing and taking part in performances. “We loved it and I think we were very lucky to have it.”
The songs she learned there would be put into a melting pot with the music she was exposed to at home in Kells, Co Meath with her music-loving parents.
“Daddy was a native speaker and songs were a huge part of his family. My aunt Neilí (Ní Dhomhnaill), his sister, was a great singer and had a huge store of songs, as did his mother. He collected hundreds of songs - he didn’t have to go too far from his own family to collect songs. We grew up listening to them and learning from my father and my mother, who was a lovely singer.”
Tríona recently featured on a radio interview with broadcaster John Kelly on Lyric FM where she chose the music for the two-hour show.
It was a chance to reflect on the music she listened to at home and which formed part of her musical consciousness.
“It was amazing, day by day I’d think of something else more or less from when I was a kid and listening to stuff at home and what were our favourites and what single or LP you were browsing through - everything from classical to old time to big bands, blues, a lot of rock and roll and folk stuff. Not to mention the music that was in the house - songs and pieces of music that you just loved and played over and over.”
Ranafast, as well as providing a place for her musical inspiration would provide the opportunity for her to begin a musical journey that would see the formation of two seminal traditional groups.
One summer saw a chance meeting between her brother Mícheál, Maighréad and a singer and musician from Derry, Daíthí Sproule.
That meeting led to the formation of Skara Brae, when Tríona was just 16. They soon recorded an album in 1970.
“It just came very naturally. And for the actual recording, we just had a rehearsal the night before and chose the songs and came up to Dublin and recorded it on a Sunday afternoon in a hall.”
Tríona followed Michéal and Daíthí to Dublin and to UCD.

Chance meeting
Then a chance meeting at an event put on by the music label Gael Linn led to the formation of The Bothy Band in 1974.
“We played live for about an hour and out of that we just had so much fun, we just thought, ‘will we make a go of this?’ Everyone had opportunities to do different things and we had to make a decision to make a go of it and go on the road.”
The decision changed their lives.
“It was a wonderful time for those couple of years. I felt very lucky and very privileged to be part of that musical company. I’d stand in the snow to listen to them playing: Paddy (Glackin), Matt (Molloy), Tommy Peoples and later Kevin Burke. They were some of the best years - great fun and great music.”
Last summer saw the passing of Tríona’s close friend, the Donegal fiddler Tommy Peoples, who joined The Bothy Band.
“He was such an incredible player and teacher. He was a very modest man and the impact over the years he’s had on young musicians. He was very gifted and there was such passion in his playing. I just loved his playing and loved the man. There will never be anyone like him.”
Tommy was the second member of the famed group to pass away, after her own brother Mícheál.
She had a close relationship with Mícheál and they played in the band Nightnoise when they were based in the US in the 80s and 90s.
Mícheál was a big influence on her last solo album, which is available through her website, which she described as a labour of love. The recording of The Key’s Within started before and was completed after the death of her brother Éamon in 2003 and then Mícheál in 2006.
“I am a slow burner and I took my time with it. Initially, they (the songs) were little pieces from places like Donegal and memories and just little melodies that were in my head for a long time. Mícheál encouraged me to record them, I wasn’t even sure if some of them were pieces.
“But I did work on them and come back and come back and come back and added different things. I played every note on it myself and he encouraged me to complete it. He just said to me, ‘do it yourself’. It was a tribute to all the friends I played with down the years.”
Gradam Ceoil is being held in the Waterfront Hall, Belfast on Sunday, February 17.