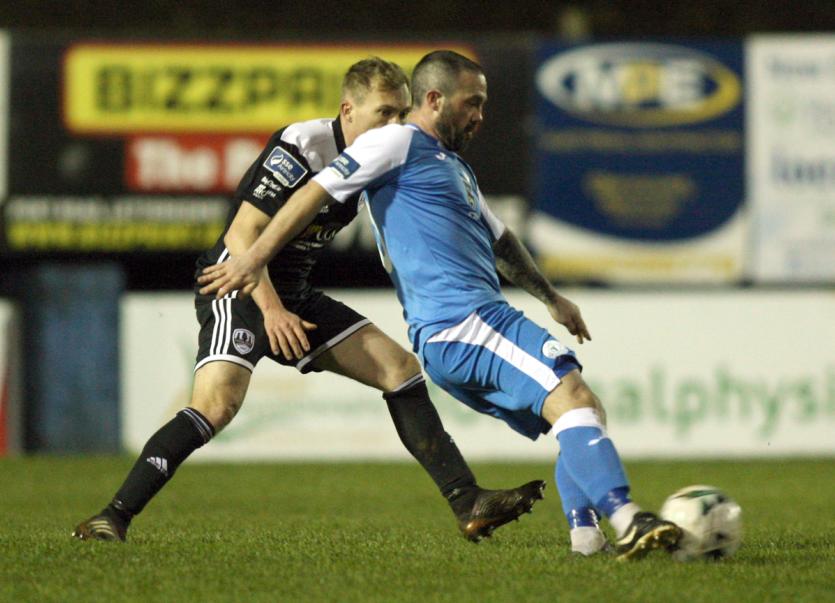 Finn Harps recorded another impressive result on Monday night when they made the long trip to Turner’s Cross and picked up a point against Cork City.

Keith Cowan scored the Harps goal on 76 minutes - equalising Cork’s opener from Kevin O’Connor early in the second half.

After Friday night’s 1-1 draw at Sligo Rovers, it was another good showing from Ollie Horgan’s team.

And with UCD losing 2-0 at home to Sligo Rovers, the gap between Harps and the Students is down to six points ahead of this Friday night’s meeting of the two clubs in Ballybofey this weekend.

Harps, without the suspended Daniel O’Reilly and Colm Deasy, also had to make-do without John Kavanagh who couldn’t play against his parent club. It meant a league debut for Letterkenny teenager Michael Gallagher at right back. Jacob Borg and Nathan Boyle also returned to the starting eleven with Tony McNamee dropping to the bench.

Cork made changes too after their disappointing defeat at Derry City on Friday night. They were without the suspended Conor McCormack who was sent off at the Brandywell.

Cork, without a win in seven league outings, had an early chance when Karl Sheppard shot wide of the post six minutes in.

Sheppard was also involved in the build-up which led to Graham Cummins heading wastefully wide from a good position soon after.

Harps had chances too in a lively opening. Mark Russell saw a free kick flash just over and Sean Boyd, scorer of the goal in Sligo, could have done better when he headed a Borg cross straight at keeper McNulty.

Ten minutes before the break, Peter Burke made a wonderful stop to deny Cummins whose towering header looked destined for the net.

Burke saved again before half-time, diving low to his right to keep out Kevin O’Connor’s header and Sheppard could only put the follow-up over the bar.

But Burke could do nothing to prevent Cork from breaking the deadlock four minutes into the second half. The home side won a free-kick outside the area and O’Connor curled his effort around the wall and into the net for a wonderful finish.

Harps needed a response and they almost drew level just after the hour when Michael Gallagher’s inviting cross was headed goalwards by Borg but agonisingly for the visitors, the ball came back off the inside of the post.

A minute later at the other end, Burke saved with his feet to keep Sheppard’s effort out.

Harps made a double change as the game entered the final period. Tony McNamee and Raff Cretaro came on in place of Borg and Caolan McAleer.

The changes paid dividends when almost immediately McNamee received a short corner and his cross was turned home at the back post by Keith Cowan.

It was a brilliant finish from the Harps captain and a massive blow to a Cork side who have surprisingly struggled in the league this season.

They almost got back in front when Conor McCarthy volleyed wide of the goal towards the finish.

But Harps held out to deny the Munster men.