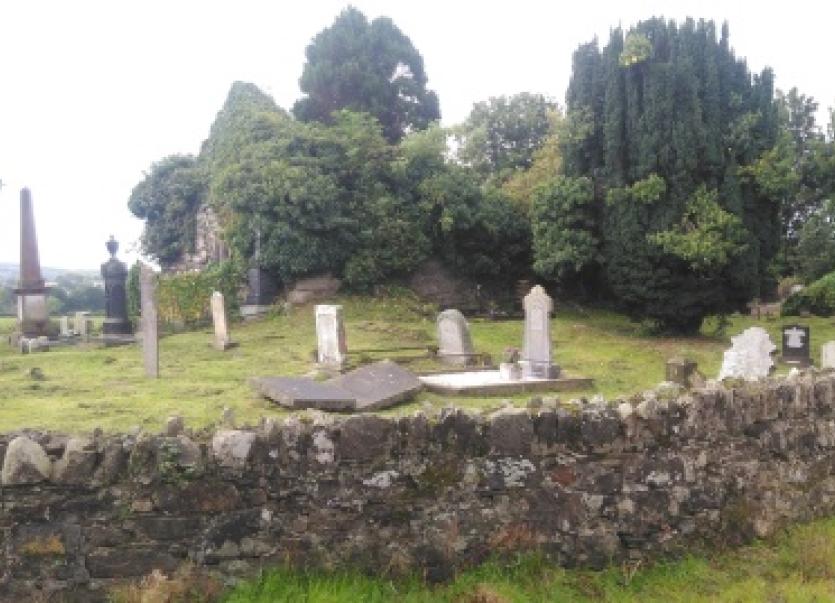 The ancient graveyard and its walls at Ray

An important feature on Donegal's historic landscape is in danger of falling into further disrepair.

At Tuesday's meeting of the Letterkenny-Milford Municipal District Cllr Donal Coyle urged them to look for relevant funding for repairs to the boundary wall at Ray graveyard.

This is situated in the parish of Raymochy near the main road leading from Derry to Letterkenny. It is about a quarter of a mile from the village of Manorcunningham.

This graveyard is the oldest parish graveyard in this neighbourhood. In the centre is the ruins of a fine old abbey.

Part of the stone wall on the side next to the road is the finest battered stone-work in Donegal. All creeds and classes buried in this graveyard. It is the burying ground of the older families in the district. There are also some fine examples of tombstones and head-stones and also a fine Celtic Cross in the west corner of the graveyard.

"This is a very ancient interdenominal graveyard, one that's not used that much nowadays but there are still burials taking place in it. The walls are in a poor state, they are actually falling down in a number of places and I think it's a shame that this is so," he said.

"We should look at places where people are buried, no matter where it is," he said.

His call was seconded by Cllr Liam Blaney who added this problem had been going on for quite a while and it was unfortunate that nothing had been done.

"I see form the official answer it might be a while yet before any funding becomes available. I would ask a special effort is made to help this and the work needed at similar works at Kilmacrenan Abbey and Leck Graveyard too," he said.

monuments protected under the National Monuments Acts and repairs accordingly must be carried out in conjunction with the National Monuments Service.The municipal district would seek funding under the appropriate programme when next available from the Heritage Council 'Structures at Risk' or similar programmes, although funding is also being sought for similar works at Kilmacrenan Abbey and Leck Graveyard .

It added money for such programmes was very limited and not available in 2019.