Ollie Horgan's side have one foot in the play-offs 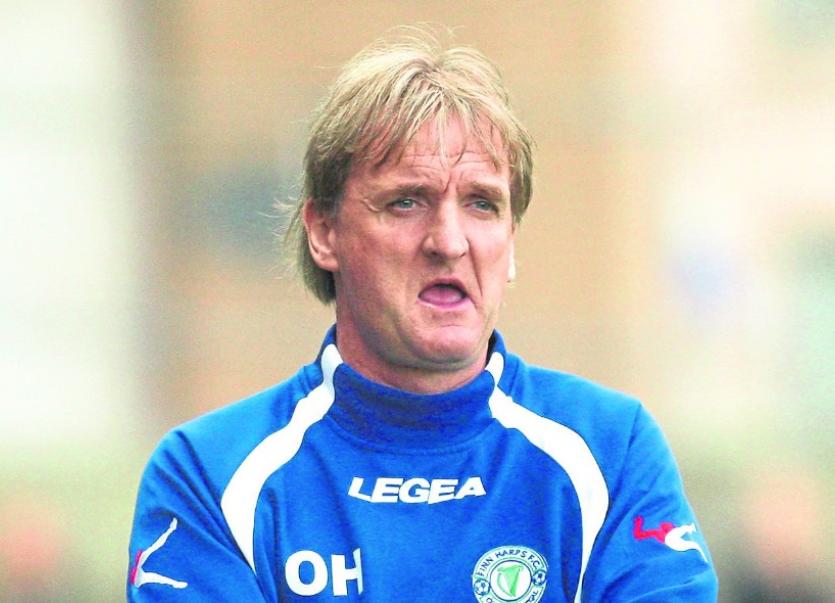 For the second time this season, Greg Bolger struck a late winner to hand Shamrock Rovers a narrow win over battling Finn Harps.

The midfielder hit the only goal 11 minutes from the end, volleying in from the edge of the box following a Rovers corner.

Back in March, Bolger scored with only five minutes remaining when Rovers won on a similar scoreline in Ballybofey.

It means it’s five wins in five games for Rovers over Harps this season.

But it’s not all despair for Harps. UCD’s defeat at Cork City means Harps can now turn their attention to the promotion-relegation play-offs.

Ollie Horgan’s side remain six points clear of the Students with just two games left to play, and given their far superior goal average, Harps are all but mathematically safe from the automatic drop.

UCD lost 3-2 at Turner’s Cross in a dramatic encounter. Donegal town’s Jack Keaney scored a last minute penalty for UCD just seconds after Cork had scored to go 3-1 up.

Harps went to Dublin knowing they were in for another difficult test. They’d lost all three of their previous league meetings with Rovers this season. They lost out in the FAI Cup too, and hadn’t scored a goal in any of the four games.

But they started well in this match and Nathan Boyle, back in the side after missing last weekend’s game against UCD through suspension, had an early chance but his effort was saved by Alan Mannus.

Brandon Kavanagh then went close after latching onto Neil Farrugia’s delivery but McGinley was able to save.

Nathan Boyle was again involved in a goalmouth incident at the other end when there were half-hearted appeals for a penalty when he went down in the area.

And Sam Todd, up from the back, got a header on goal from a Tony McNamee cross.

But as the half wore on, the Harps goal came under greater threat and after Kavanagh fired one just inches over, Aaron Greene got his timing all wrong when his attempted header drifted harmlessly wide.

Then right on half-time, McGinley made a super stop to deny Watts whose well struck effort looked destined for the top corner.

After the break, Rovers lifted their game as they went in search of the opener. After a string of early corners, Ronan Finn’s shot was kept out by a combination of McGinley and his post.

Harps however, continued to hold out and they almost forced an opener of their own when Boyle was sent clear in a one-on-one with Mannus. The striker was forced wide however, and he was unable to find a team-mate inside.

Minutes later, Rovers struck at the other end when Bolger found the net with a wonderful effort on 79 minutes.

It was tough on Harps keeper Mark Anthony McGinley who a short time earlier had made a fine double stop to keep out Watts and then Burke.

Harps played well and defended resolutely. But as was the case back in Ballybofey in March, they were undone by a moment of magic from Bolger.