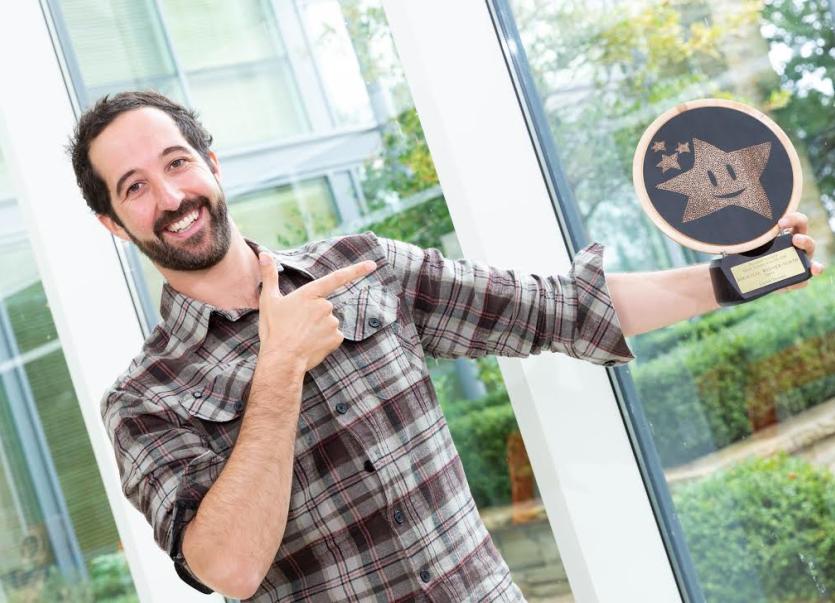 Representatives from three Donegal organisations, Donegal G.A.P Heritage and History Group; Liquid Therapy and Involve youth project were put through their paces as part of the judging for the finals of the National Lottery Good Causes Awards which take place in Dublin on Saturday, November 2.

The judging panel, chaired by broadcaster and businesswoman Norah Casey, last week spent two days in Athlone meeting the 36 finalists from all over Ireland. Liquid Therapy is a not for profit foundation that provides ocean, surf, and water therapy for young people with physical, emotional, behavioral or intellectual needs. Good Causes funding allowed it provide surf boards and body suits for a growing number of members. Liquid Therapy will be one of six finalists in the Sport category.

Donegal GAP History and Heritage Group, which is a finalist in the heritage category, is a non-profit voluntary community group primarily based in the Glenties, Ardara and Portnoo (GAP) areas of South West, Donegal. The group aims to research, develop, protect and promote the built heritage of GAP and the surrounding areas

The awards have six categories: Sport, Health & Wellbeing, Heritage, Arts & Culture, Community and Youth. A seventh category, Irish Language, will have a special award to be announced on the night at the Awards final, in recognition of outstanding work done in the promotion of the Irish Language. Each national category winner will receive €10,000 while the overall Good Cause of the Year will get an additional €25,000 on top of this. The winners will be announced at a Gala Awards event in the Clayton Burlington Hotel in Dublin on Saturday 2nd November.

Awards chairman Norah Casey said the judging panel had an incredibly hard job deciding on the winners for the awards and said: “We were blown away by the 36 presentations. Each of the groups we met are doing amazing work in their communities and were all winners in their own rights. The work that is being done all over Ireland with the help of National Lottery Good Causes funding is truly humbling and outstanding. I wish the representatives from all 36 organisations all the best of luck on the night”

More information on the finalists and the National Lottery Good Causes Awards can be found at www.lottery.ie/goodcausesawards.