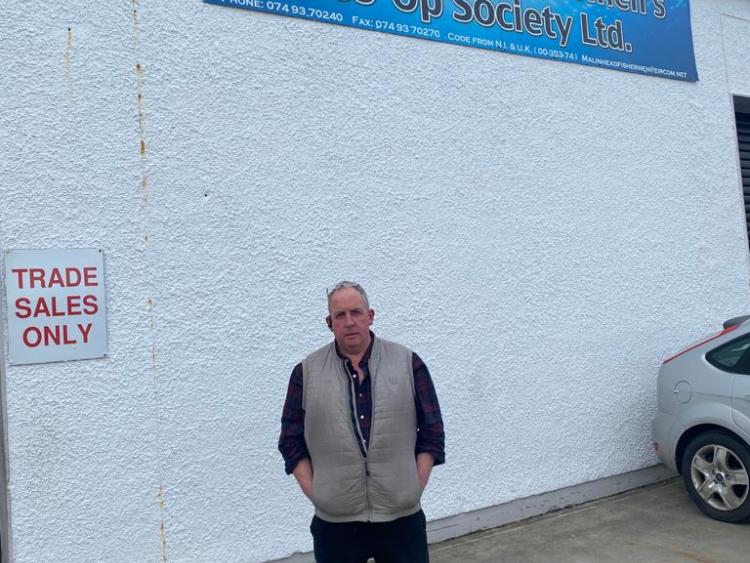 Concern is growing there is no longer any safe harbour in Inishowen for the peninsula's fishermen.

It follows an incident at the Donegal County Council-owned Greencastle Harbour last week, when two local skippers were placed under caution by Sea Fisheries Protection Officers and detained for two and a half hours, having attempted to tie up their County Derry-registered vessels.

Eddie Kelly said: “I think it is ironic, we have a number of rescue organisations locally, including Lough Swilly and Portrush RNLI, Greencastle Coast and Cliff Rescue, and Foyle Search and Rescue, with dedicated volunteers, out in all weathers, saving lives at sea.

“Inishowen has had far more than its fair share of sea tragedies over the last few years. You only have to go and look at the names on the monument outside the Maritime Museum in Greencastle and at Glengad.

“Our rescue services are trying to minimise the loss of life at sea, yet, people coming into Greencastle harbour in 30-foot long, Northern Ireland-registered boats, with no product on board, are being informed it is illegal and told they must now steam to Killybegs or Castletownbere,” said Eddie Kelly.

According to Darrin McAvenue, the men have been landing catches in Greencastle for the past 15 years “without any problems”.

Donegal Live understands the Sea Fisheries Protection Officers informed the men they were breaking Brexit and EU legislation by coming into Greencastle and that the only designated ports available to vessels registered in the North were Killybegs in County Donegal and Castletownbere in County Cork.

According to Eddie Kelly, the situation facing Inishowen fishermen with Northern registered vessels had become “complicated” since Brexit, which took place on December 31, 2020.

He said: “Prior to that, Malin Head Fisherman's Co-operative had been getting a steady stream of emails asking if we were 'Brexit ready'. But, how could we be 'Brexit ready' if we did not know what the deal was going to be? After all, the negotiations only concluded the day before Christmas Eve. We were not familiar with the terms of the deal.

“In the Co-op we handle 25 or 26 vessels. Of those 25 or 26 vessels, we have four which are Northern Ireland registered. We send their product to Atlanfish, a local factory in Carndonagh; Errigal Bay in West Donegal; Rooney Fish in Kilkeel in Northern Ireland; and Rockabill in Balbriggan. We are the largest supplier of brown crab on the island of Ireland.

“However now, post-Brexit, we have discovered there is a 'problem' with catches from non-EU vessels. Three of our Northern Ireland boats landed at Malin Head on Monday (January 4) and we sent the catch to Atlanfish.

“The SFPA visited us the following day and placed me under caution. It so happened, at the time, the Co-op had 40 kilogrammes of lobster in our tanks. Because I could not distinguish the 12 kilogrammes of lobster, which had come from from the foreign-registered vessels, or Northern Ireland-registered vessels, because the lobsters were all swimming around in the tanks, the SPFA confiscated all of the lobsters, which belonged to the fishermen, and released them back into the sea,” said Eddie Kelly.

The SFPA officials then went to Atlanfish Limited in Carndonagh.

Eddie Kelly added: “Atlanfish was able to show the officials which product had come from Northern Ireland-registered boats and which had come from Irish-registered boats. If they had not been able to do so, the the SFPA would have dumped all of that day's catch, including Irish catch, Northern Ireland catch, everybody's catch, all the product that had been landed to Atlanfish that day.

Because Eddie Kelly had received the visit from the SFPA and had been placed under caution for two and a half hours, he contacted the skipper and told him he was not going to be able to land in Greencastle.

Eddie Kelly said: “So, I made arrangements for Rooney Fish in Kilkeel, County Down, to go to Portrush and collect the crab.

“The boats left the fishing grounds and steamed all the way to Portrush. They landed in Portrush, and steamed back out again and headed to Greencastle. Lo and behold, when they got to Greencastle, SFPA officials were waiting. They cautioned the skippers and said it was illegal for them to enter the harbour, whether they had crab with them or not,” said Eddie Kelly.

A clearly concerned Eddie Kelly described the issue as “first and foremost about ensuring the safety of the lives of fishermen”.

He added: “We are talking about safety. The SFPA is saying it is illegal for Inishowen fishermen to come into Greencastle in Derry-registered vessels. The fellas told the SPFA officials they had no diesel left because they had been steaming about all night.

“What we are talking about in Inishowen is 30 odd boats, with no toilets, no wash facilities and no sleeping facilities. These fellas are running about the water all night and then they come into Greencastle harbour, where they have been coming for 15 or 16 years.

“Suddenly they are being told it is illegal to come into Greencastle, even to get repairs or for maintenance. They can only come in under force majeure, if, for example, they were low in diesel.

“The SFPA held the crew under caution for two and a half hours. They could not go home to their wives and families, who would have been worrying. I remember, years ago when I was a young fella, I would have fished salmon in the punt with my father. My mother used to light a candle for our safe return. She would not have blown it out until we came home safely. These fellas had families at home, yet, there they were, down on Greencastle pier, under caution, unable to come in on their boats to safe harbour,” said Eddie Kelly.

Eddie Kelly called on Greencastle to be made a 'designated port' for Inishowen boats.

He said: “All of the skippers live in the peninsula. As I understand it, EU 2008/1005 articles 5 and 6 allows the Minister to designate ports and make exemptions for certain vessels.

“If this is not done by January 15, the EU Commission will need 15 day's notice of any changes. We do not want to force fishermen to make dangerous and long voyages with the risk of loss of life. This is avoidable if action is taken now,” said Eddie Kelly.

McHugh's Miscellany: Nostalgic memories of the school days of yesteryear