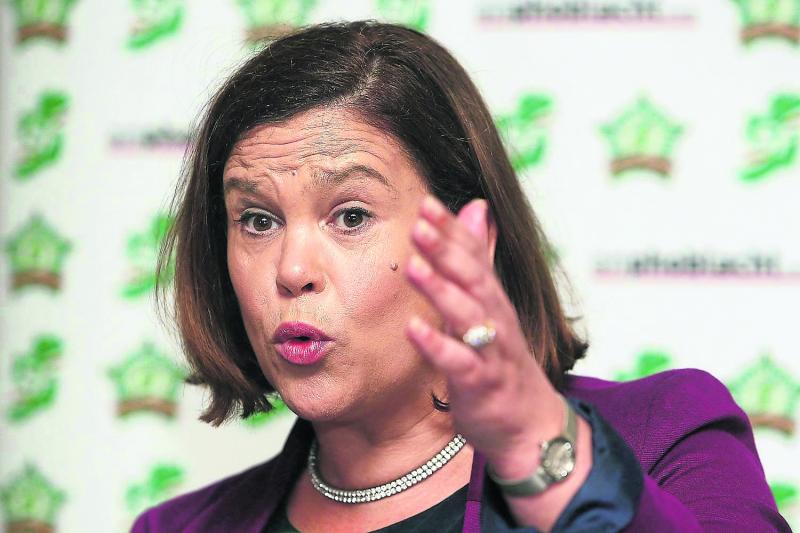 Sinn Féin will consider a three-candidate strategy for the Donegal constituency in the next General Election.

The party leader, Mary Lou McDonald, says the Sinn Féin hierarchy will be running more candidates across a number of constituencies.

Sinn Féin had a landslide in Donegal in the 2020 General Election.

Pearse Doherty topped the poll with 21,044 first preferences and his party colleague Pádraig Mac Lochlainn was also elected on the first count with 13,891 votes.

“We will be running more candidates because we want to be in Government,” Ms McDonald said.

“We will measure and analyse and take these decisions.

“I hear the message that’s out there.

“We are preparing not with an ounce of presumption. We know that wee have to work.”

In 2016, Mac Lochlainn lost his Dáil seat with Sinn Féin running three candidates at the time and only Doherty - who took 10,300 first preference votes - elected.

In 2016, Deputy Doherty said about the party’s strategy in Donegal: “We have to ask ourselves questions about what we should do for the next election, can we divide up the county better, to manage the vote better."

In 2020, Doherty’s vote more than doubled as Sinn Féin surged clear in the polls.

Nationwide, Sinn Féin took 37 seats in the 2020 General Election, an increase of 15.

“I have a sense, even since the election in 2020, that the appetite for change has grown.

“People are looking for real answers and a government that will build houses, sort out waiting lists, deal with the pension issues.

“We are asking for the chance to demonstrate how government can be done differently.”