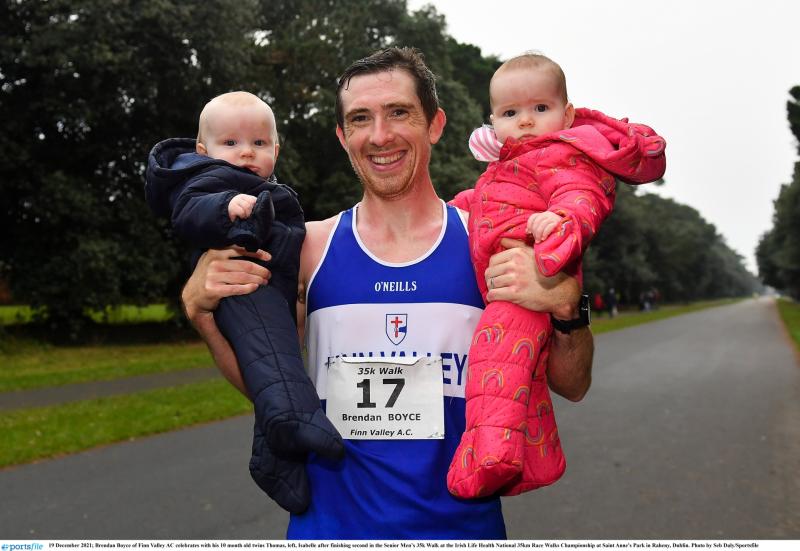 Brendan Boyce qualified for the 2022 World Athletics Championships after an excellent debut over 35k.

Boyce finished in 2 hours, 32 minutes and 49 seconds, inside the 2:33 qualifying time for the 2022 World Championships.

The race was won by Perseus Karlstrom from Sweden, who was the bronze medalist at the 2019 World Championships. The two-time European champion finished in 2:31:54 with Jakub Jelonek taking third in 2:35:42.

Boyce, who is coached by 2013 World gold medalist Rob Heffernan, was delighted with his performance, securing an A standard on his first outing over the 35k distance.

Sunday’s race was a bronze level event of the World Athletics Race Walking Tour and was the first ever race in the new series.

Boyce finished tenth in the 50k race walk at the Olympic Games in August, coming home in 3:53:40 and was sixth at the 2019 World Championships in Doha.

The 50k event has been removed from the Olympic programme by the International Olympic Committee.

A three-time Olympian, Boyce has showed that he’s ready to compete with the world’s best over the new distance.

The Milford native has competed in three World Championships and has guaranteed himself a spot on the Irish team for the 2022 version which take place next July in Eugene, Oregon.