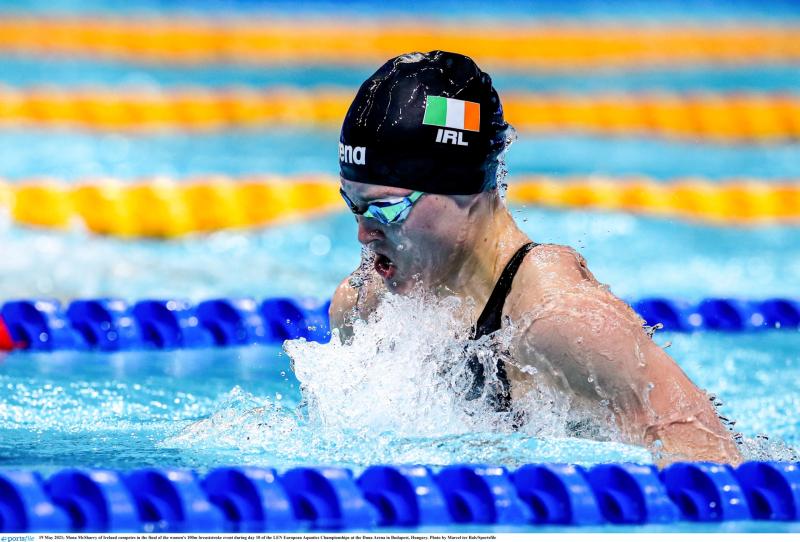 Mona McSharry says her ability to ‘change in the moment’ helped her clinch a World bronze medal.

After being agonisingly beaten to a medal in Friday’s 50m breaststroke final, when she finished fourth, McSharry landed a podium spot on Monday.

“I was definitely nervous going into it because I knew I had the potential to medal,” McSharry said.

“It’s really nice to see it all come together in a race because sometimes it doesn’t work out. I felt really good and I’m glad to drop the time too.”

In Monday’s final, McSharry was fourth at the half-way mark, but came with a superb finish to edge Jamaican star Alia Atkinson, the defending champion and world record holder, to the bronze, with Qiating Tang (China) taking gold and Sophie Hansson (Sweden) wining silver.

The 21-year-old, who was a 100m breaststroke finalist at the Olympic Games in August, pointed to her adaptability as one of the reasons for her success.

She said: “Being able to change in the moment and work on improving stuff through the rounds. I think this racing all together has showed that because I’ve progressed through each round, which was really nice to see.”

McSharry said: “It’s been amazing. It’s been really enjoyable to watch other team-mates swim really well and have a great time.This is the first time that we’ve been together since the Olympcs.

“It’s much the same swimmers and it’s really nice to have fund and compete together, up against the best in the world.”

In 2020, McSharry - who advanced at the Marlins Swimming Club in Ballyshannon - moved from her native Grange to Tennessee. A student of kinesiology, McSharry won silver (100m breaststroke) and bronze (200m breaststroke) at the NCAA Championships in March.

She said: “It’s been really good. It’s been busy and they keep us competing a lot.

“That’s what you need, especially with long competitions like this. You need to be able to get up, race and get your hands on the wall first. That’s what I’ve learned in Tennessee.”

McSharry is also entered in the 200m breaststroke, which gets underway on Tuesday at the Emirates Arena.