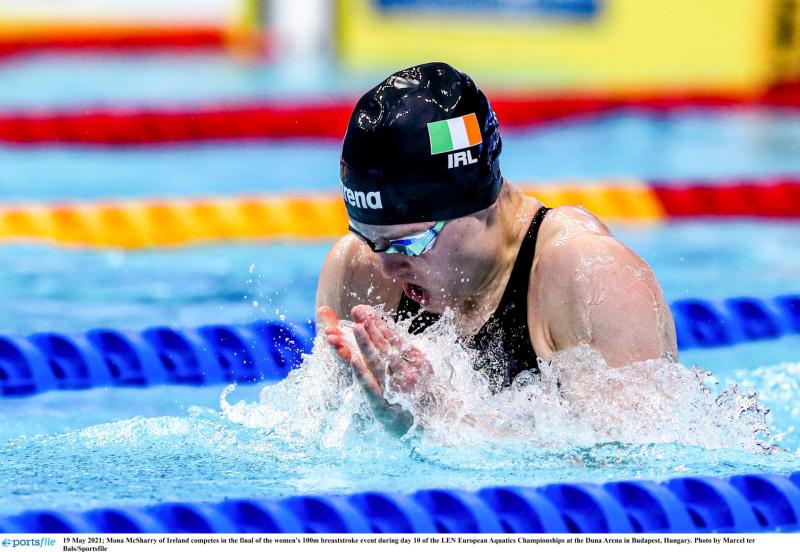 The Marlins Swimming Club, Ballyshannon graduate, swimming out of lane one, was in the bronze medal place at 150m.

Emily Escobedo from the United States won gold in 2:17.85 with Evgeniia Chikunova of Russia taking silver and Britain’s Molly Renshaw got in for silver (2:17.96).

It has been a remarkable few days in Abu Dhabi for the Grange native.

On Monday, McSharry scooped bronze in the 100m breaststroke final, recording a new Irish record of 1:03.92.

Then, McSharry came with a superb finish to edge Jamaican star Alia Atkinson, the defending champion and world record holder, to the podium place.

She was pipped to a medal in Friday’s 50m breaststroke final, finishing in fourth spot.

The University of Tennessee student was a finalist in the 100m breaststroke at the Olympic Games in June.