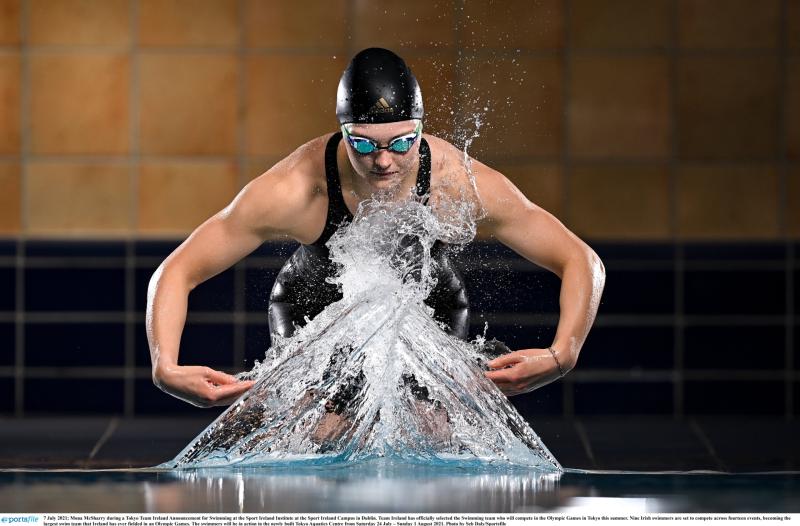 Mona McSharry has described her World Championship experience as ‘amazing’.

The World Short Course Championships at the Emirates Arena over the last six days have confirmed McSharry’s status as a world leader in her pool.

The eighth Irish record of her Championships, the 2:20.19 set in Tuesday afternoon’s 200m breaststroke final, drew her competition to a close. All week, her curve was upwards as her times went south. The highlight undoubtedly her winning of a bronze medal in Monday’s 100m breaststroke final.

“It was great,” beamed the 21-year-old graduate of the Marlins Swimming Club in Ballyshannon.

“It was so much fun to just finish with yet another final and being able to say that I swam in every finals session this week. It has been tough, but it’s been great and it’s such a great character builder. I’m glad that I had the opportunity to do it.”

That she pipped the defending champion and world record holder, Alia Atkinson from Jamaica, to the 100m breaststroke bronze underlined the sense of achievement.

“A lot of my events have heats, semis and finals. You can’t just do a really fast time in the semis and then not be able to perform again in the final.

“It doesn’t mean anything at that point so it’s great to be able to consistently get faster, do better and learn from each race.”

The year also included her appearance in the 100m breaststroke final at the Olympic Games in Tokyo.

2022 mightn’t be as demanding, but McSharry will now look to cement the foundations and be ready for the next global events.

“I’ve done a lot of competing this year, in college and stuff, the Oympics and now this.

“I am trying to make it a more relaxed year, sort of give myself a break because the Olympics was such a big pinnacle and I did so well. I’ll just get out there, try to race and see how I do over the next year.”