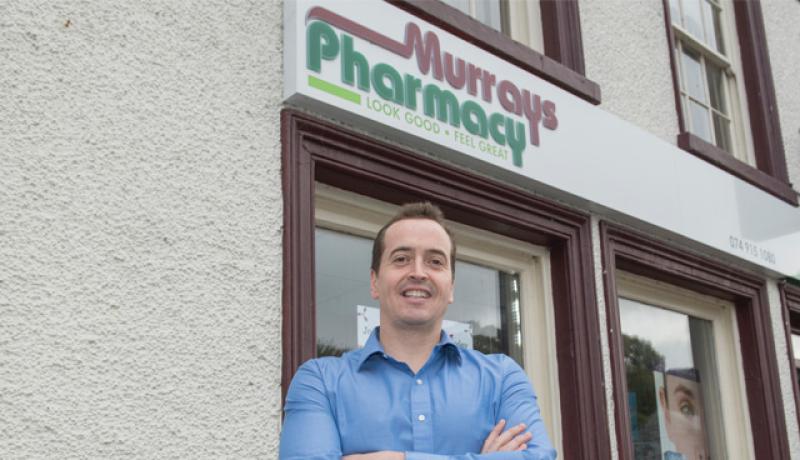 Fears have been expressed this week that the UK government's unilateral action last Monday to scrap parts of the legislation relating to core elements of the Protocol may have major effects in Donegal.

And Border Communities Against Brexit (BCAG) spokesman, Tom Murray has warned that unless Ireland and Europe take a tougher line with the British Government, there could be a trade war and even a return to border checks here.

The Protocol came into being because special trading arrangements were needed for Northern Ireland after the UK voted for Brexit in 2016. Up to that, it was easy to transport goods across this border because both sides had the same EU trade rules. No checks or paperwork were necessary.

After Brexit, a new system was needed because the EU has strict food rules and requires border checks when certain goods - such as milk and eggs - arrive from non-EU countries.
The border is also a sensitive issue because of Northern Ireland's troubled political history.

It was feared that cameras or border posts could lead to instability.

The UK and the EU agreed that protecting the 1998 Northern Ireland peace deal - the Good Friday Agreement - was an absolute priority. So, both sides signed the Northern Ireland Protocol as part of the Brexit withdrawal agreement, which is now part of international law. 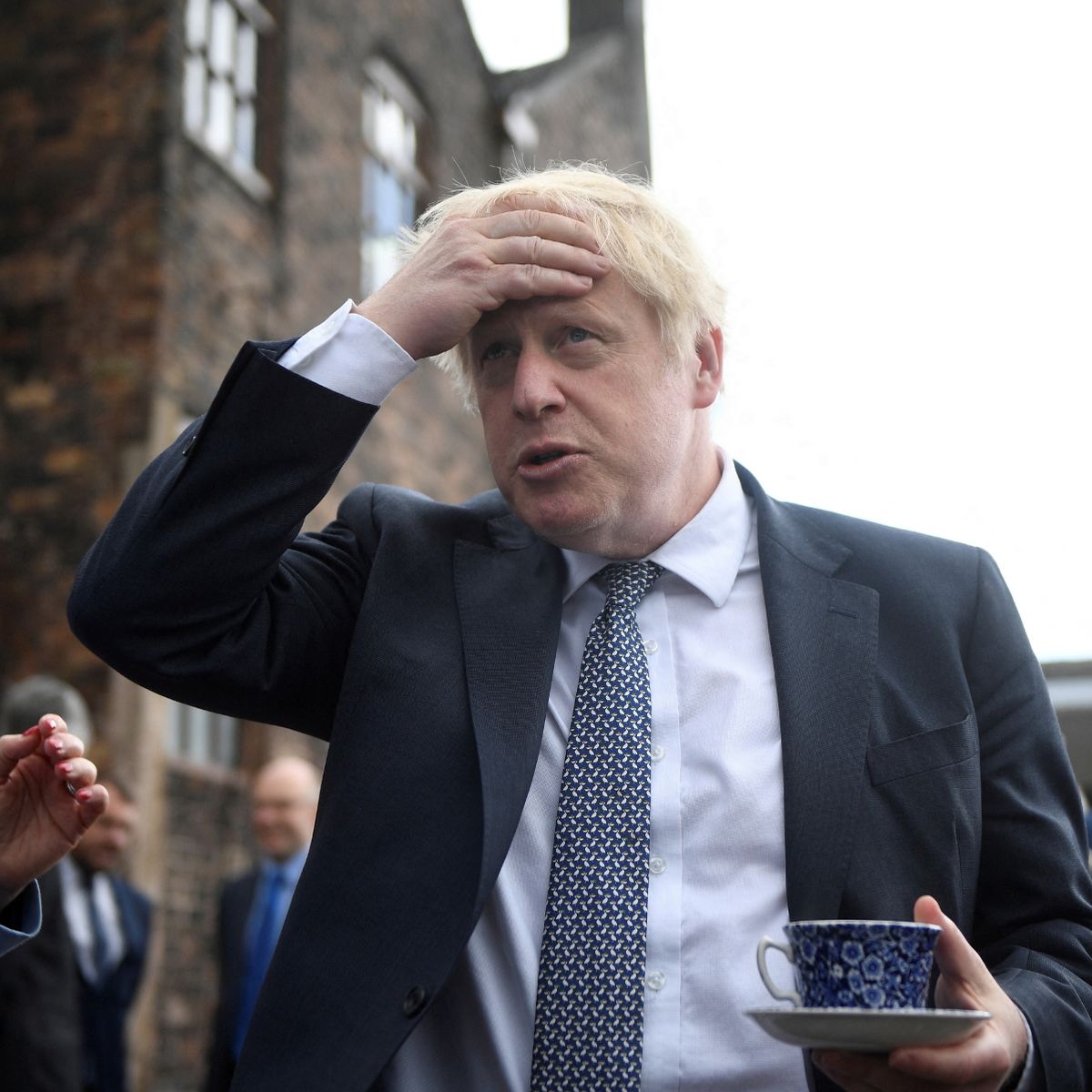 Boris wants to change the rules

Now the UK wants to change the rules, mainly because of pressure from the Democratic Unionist Party (DUP).

They argue the current agreement that placing an effective border across the Irish Sea undermines Northern Ireland's place within the UK.

The British Government says it is allowed to change the terms of an international agreement, like the Protocol, in order to "safeguard an essential interest".

It says disputes about the protocol between political parties threaten to undermine the Good Friday Agreement and peace in Northern Ireland.

They introduced new legislation at the start of the week to do just that but it has met with fierce local opposition.

Mr Murray said he read the full document that British Foreign Secretary, Lis Truss, had put before the House of Commons on Monday and found it “quite shocking”.

“The bill she has put forward is quite shocking. It fundamentally changes vast swathes of the Protocol and it then gives ministers additional rights to change parts of it as they see fit going forward.

He added he felt this British egoism and arrogance had extended to the way they were treating Europe.

“Britain has refused to negotiate since the Protocol came in.

“They've claimed problems upon problems but they won't identify what the problems are and they have refused to engage in them in an honest way so they are not looking for an alternative to the Protocol.”

“What's more shocking is it seems Boris Johnson's personal craving for power is more important than the peace process on this island of approximately six million people and this placed everyone in a dangerous place.

“It threatens the Good Friday Agreement which should supersede the Protocol in importance in any international court of law because it's a peace process. The peace process in Ireland is what delivered all the developments and we know in Donegal the socio-economic advances that have been made because of the Peace Process.

“And more important than anything it saved thousands of lives. If we had continued on with the Troubles for the last 30 years that we had for the 30 years before that, how many more thousands would be dead? Now we have Boris Johnson and the British Tory party saying their internal strife is more important than the Good Friday Agreement. 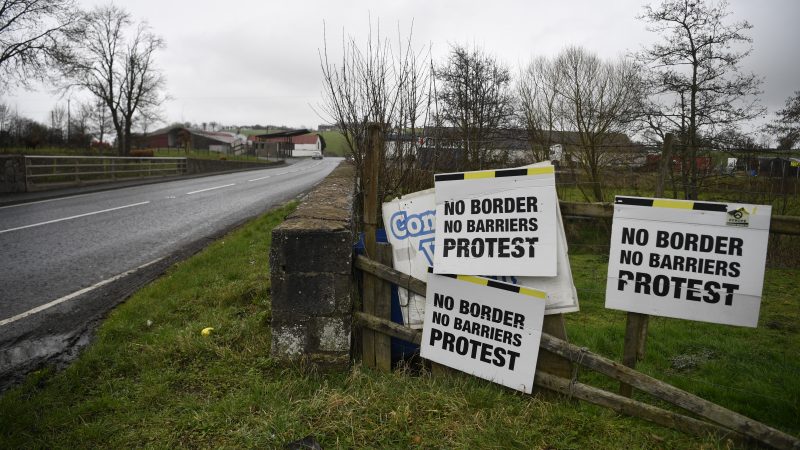 Border
The BCAB spokesman added locally this latest move would have a fundamental effect on import-export trade across the border too.

"And of course, if they keep going the way they are going and we end up with a physical structure for checks in place, that's the border back with Derry, Tyrone, and Fermanagh and nobody in Donegal wants to see that.”

He says all parties in Irish politics except the DUP know the damage that will be caused.

“I think what we really need to do is lobby sensible people in the House of Commons and the House of Lords and explain to them what is happening and how it's unacceptable for the Peace Process, the Good Friday Agreement, and unacceptable to break international law.

“To be honest we probably need to re-educate them as to the damage it is actually going to do to the British economy itself because it will suffer. That might be a trigger for them.”

Mr Murray said perhaps it was time for the Irish Government to start taking a tougher line.

“Every time we've given an inch the British Government has taken a mile and every time we have said that's enough they have come back and asked for more and we've given more.

“I think now is the time when the Irish Government needs to say to Europe, we've given enough, this is a line in the sand, there's really no point in giving concessions any further to a political party or a national government that is prepared to behave in this manner.”

He added he didn't like to use the term ‘trade war’ because there was a war going on in Europe at present but the European Parliament now had to say ‘enough is enough’ and draw a line in the sand. While Ireland, the North, and Europe would suffer a little in that scenario, Britain would suffer massively.

“It will take a shock to the British economy's system to get the British to realise what their inept prime minister is doing.”

He revealed that Border Communities Against Brexit are planning to invite senior officials from the EU Commission to various venues along the border including Donegal.

“We will be canvassing in Europe, talking to delegates in Brussels, holding information events and rallies. We are in talks with the EU Commission already to get senior commissioners along to public events along the border to learn about the consequences and what we can do. We want to impress on them they have to take a stronger line with the British Government and show them we don't continuously reward bad behaviour, which is what we have done up until this point.

“It's going to be a very challenging time ahead. irrespective of what happens after it's not going to be perfect as we've said from the start.

"There's no part of Brexit that is good for the island of Ireland or anybody in Ireland. We are all going to face massive economic and social challenges because of this at a time when the cost of living is going through the roof North and South, at a time when our economy is in a very precarious situation with a war in Ukraine and now a Brexit challenge to the island of Ireland which is going to be very severe.”

He wants local businesses and community groups that have a cross-border dimension to them to reiterate some of these messages to their local politicians of all the parties so they are all singing with the same voice.