"Councillors must continue to stand up for the people and save the county from those who want to profit from the destruction of our community, our landscape and all that makes Donegal unique" 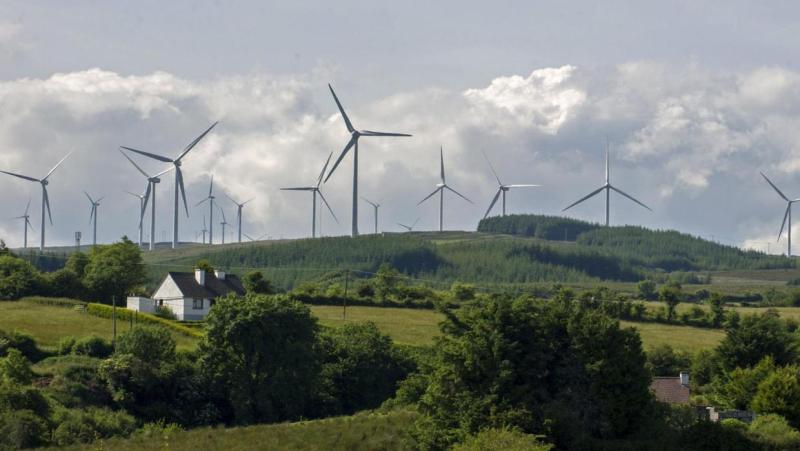 Five environmental groups from west Donegal have sent a direct message to their local councillors - "stick to your guns" and insist on measures that will protect the local environment from too many wind farm developments.

In a plea to the elected representatives in the Glenties Municipal District and the local TDs, members of Gweebarra Conservation Group, Graffy Environmental Group, Glenties Wind Farm Information Group, Donegal Alternative to Pylons Group and Coiste Timpeallacht Gaoth Beara say they are happy with the unanimous approach taken by the councillors who listened to their constituents and inserted protective clauses in the Variation of Wind Policy section of the County Development Plan but unhappy with the council's chief executive, John McLaughlin.

"We are concerned about the chief executive dismissing public opinion in the Report on the Public Consultation. We urge our councillors to 'stick to your guns’ and insist that the Gweebarra River Valley, our Freshwater Pearl Mussel River catchments and areas susceptible to landslide in Donegal are deemed not suitable for industrial wind turbines.

"The chief executive has dismissed public opinion in favour of the wind developer lobby. He accuses members of the public of not providing "rationale" for their opinions which is unacceptable and not factually correct. Did any developers provide a rationale for developing wind farms on peat bogs and lands prone to landslides?

"Every councillor knows the folly of ignoring public opinion and in spite of the comments of the Office of the Planning Regulator it is important that councillors heed public opinion."

Their statement claims Donegal has done its bit as far as industrial wind is concerned.

"We will be paying the environmental burden of having 300 plus turbines in the county for a long time to come with pollution at Meenbog, in Tyrone Rivers, at Maas Special Area of Conservation and at Barnesmore Gap.

"Indeed the pollution legacy of industrial wind is yet to be seen in Donegal when we ask how many turbines in the county are erected in Mica/Pyrite defective concrete?"

They also point to the action taken by councillors in Kerry in relation to wind farm developments.

"Kerry county councillors have refused to listen to the arguments of their chief executive or the Office of the Planning Regulator and are insisting on protecting the county's tourism and farming interests.

"The Kerry councillors have pointed out that many counties have no industrial wind turbines and that Kerry, like Donegal, has done enough. People matter regardless of what the planners think and the 2006 Wind Guidelines are woefully inadequate to protect human, animal and wildlife health and well-being."

The environmental groups are also critical of the new Planning and Development Bill.

"The new Planning and Development Bill being rushed through the Dáil this week will allow wind developers to change the height of industrial wind turbines after they receive planning permission which is ridiculous and makes a mockery of planning law.

"The Bill will also limit the public's right to object to planning applications by Judicial Review which is totally illegal and contrary to the Aarhus Convention and the public's legal right to make decisions on environmental matters.

"The new Planning and Development Bill is the desperate act of a government that knows its policies are contrary to the law and councillors must continue to stand up for the people and save the county from those who want to profit from the destruction of our community, our landscape and all that makes Donegal unique."

The groups urged the Glenties MD councillors to discuss this at their meeting tomorrow (Tuesday).