Francis Cannon and his son Kevin rope thatching a cottage in Straboy, Glencolmcille. West and north Donegal is one of the few areas where rope thatching is still practiced in Ireland

Donegal's thatched cottages had reached 'the last straw' now that no insurance firm was available in Ireland to cover these iconic structures and unless something happened quickly, these could be lost forever.

That was the concern expressed by Cllr Barry Sweeny at Monday's meeting of Donegal County Council in the Aura Leisure Centre in Letterkenny.

He tabled a motion that called on the council to write to the relevant Government departments requesting the creation of a National Insurance Policy for Thatched Structures in the interest of safeguarding a key element of the national heritage and in light of the withdrawal of the last remaining insurance company that previously provided such cover.

He said they all knew of the challenges faced by owners and custodians of thatched cottages in Donegal and of the value such structures have for the county in terms of image, heritage, craft, tourism and economic potential.

He added he also feared Donegal's unique rope thatching style could be in jeopardy.

"It brings many visitors to our county who want to see and experience it. It's an aspect of our heritage and our landscape that many inhabitants here want to protect and retain.

"Unfortunately we find ourselves in a very precarious  situation at the moment through the many risks in costs, maintenance, skilled craft people, provision of materials, extreme weather conditions and one of the big things, insurance." 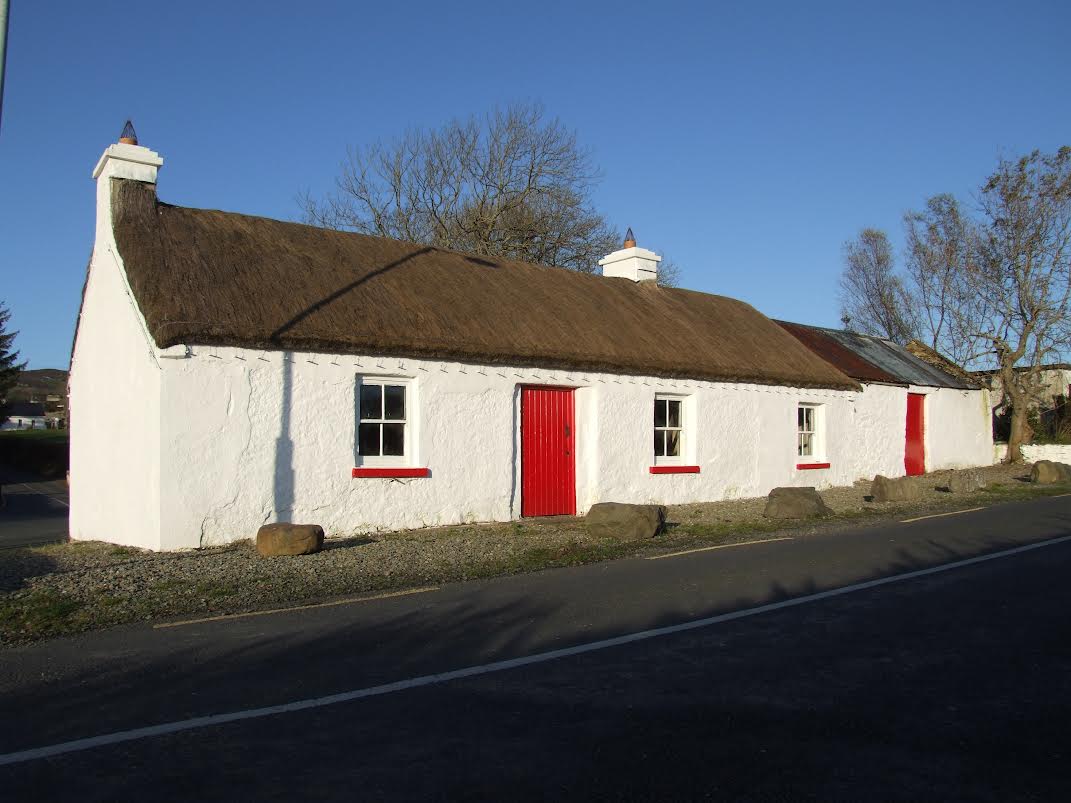 Cllr Sweeny pointed out that Donegal and its county council were at the forefront in tackling some of the challenges in preserving these structures such as the successful Thatch Repair Grant Scheme to help protect and maintain such structures.

"This year it is introducing an award of up to €15,000 towards a full thatch replacement along with smaller repair grants," he said.

He added there were communities and various bodies working hard to get a thatching school up and running to protect and disseminate the skills and growth of materials in this regard.

"But the problem of insurance is getting worse as we speak. Last year it was very expensive to insure a thatched structure, this year you can't insure it. Unfortunately OBF, the last insurance broker has pulled out of the market and is no longer providing insurance for thatched structures in Ireland."

Cllr Sweeny said he had no doubt thatched properties had risks involved as they saw recently with damage to places like Teach Mhuiris in Bloody Foreland and the cottage in Gortnasillagh outside Glenties.

"There are also cases of wilful neglect and decisions being made to get rid of thatch in our county and some iconic images that once promoted Donegal are now disappearing before our eyes. There's one that has gone in my own area. It caused quite a lot of concern. A lot of work was done to try to save it and we were nearly over the line but unfortunately, a decision was made to remove the thatch. I would say the final deciding factor was insurance, indeed you could say it was the last straw."

He pointed out that a study which was done by the council's conservation officer, Colette Beattie showed that between 2008 and 2021 Inishowen had lost 20% of its thatched cottages. He also paid tribute to Joe Gallagher, Heritage Office with the council for all the work he had done over the years.

"That is going to get worse because the current absence of insurance will further decimate our unique heritage. Donegal needs to be at the forefront of tackling this issue. It is possible. If you search Google you can get a competitive quote across the border in two minutes and if they don't better your previous quote they will actually send you a €25 shopping voucher."

He added he wanted the council to insist that the relevant government departments step in in a timely manner to consider and implement a national insurance programme for thatched structures in the interests of protecting all that is good about these buildings.

His motion was supported unanimously and seconded by Cllr Johnny McGuinness saying it was vital that a mechanism was found to ensure these homes and the craft of thatching was preserved.

Cathaoirleach Cllr Liam Blaney said he was probably the only councillor who was born and reared in a thatched house.

He added trying to insure a thatched house was nearly impossible and it was totally wrong the pressure owners were under.