Councillors want to know what stage the legal proceedings are at 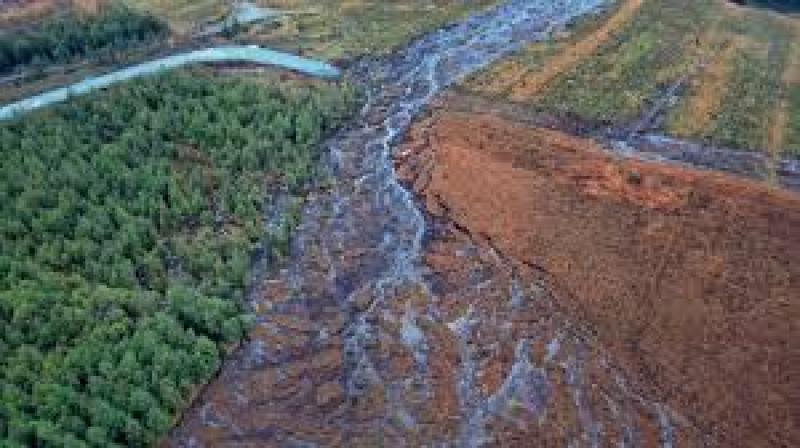 An area affected by the Meenbog landslide

Questions about the investigations into the landslide at the Meenbog wind farm outside Ballybofey were raised at today's (Wednesday) Lifford-Stranorlar Municipal District meeting.

Cllr Gary Dohery queried the current status of the investigation into the matter and asked if it was still ongoing and if the council was still in contact with the other statutory agencies involved.

"The reason why I'm asking is that there was a court order made against the developer, Planree, and a fine €1,500 was issued to them. On the face of it, this seems to be a scandalously low figure for what was such a catastrophic ecological disaster.

"There was also a ruling that Planree would have to pay costs in relation to the mitigation works and the costs around the attempts to clean up the area around the bog slide. Does the council have any figures for the estimated cost and what role does the council have in the judicial proceedings because I think the case that was before the court last week was taken by the Loughs Agency.

Martin McDemrott from the council's planning section said he was not in a position to discuss an ongoing live planning enforcement case but he would come back to the councillors with an update on where it was at.

Cathaoirleach Cllr Patrick McGowan said everyone was shocked by the small fine.

"The fine seemed to be absolutely ridiculous. Can you find out what range is this fine in, is it the lower end of the higher end of the scale?"

He added it seemed unfair a fine of €1,500 was issued for damage to a whole mountain and river yet the council could not clear out the bridges at Clady, Stranorlar, or Castlefin for fear of being fined for interfering with the environment.