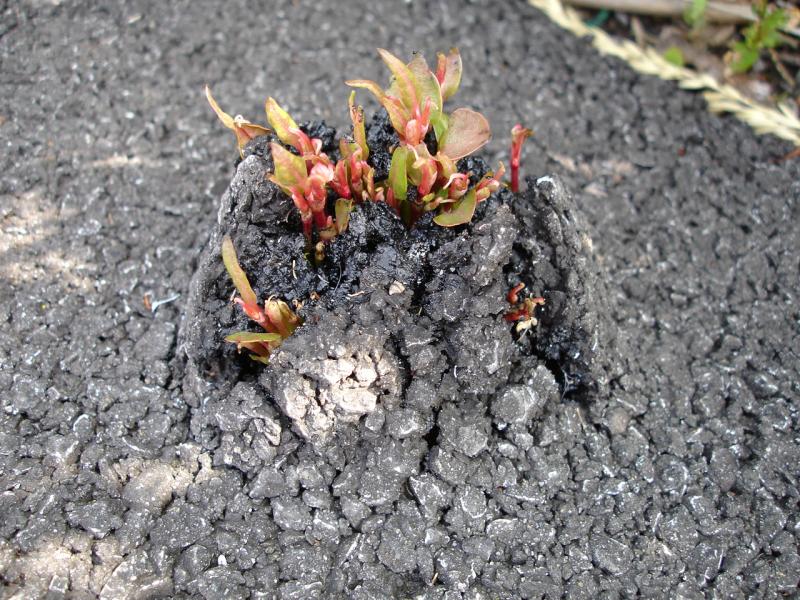 Donegal County Council may be on the verge of introducing an innovative new way of dealing with the dreaded invasive species known as Japanese knotweed which is becoming an ever more increasing problem in this county.

This robust perennial plant grows rigorously and has the potential to spread rapidly, growing up to 2-3m in one growing season. It can grow almost anywhere as can tolerate extreme conditions such as low temperatures, acidic soils and waterlogged/saline environments.

It also has the ability to grow through any existing weakness in concrete, asphalt, and other hard-standing areas and so it has the potential to undermine the structural integrity of masonry walls, bridges, roads, buildings etc.

It can also increase soil erosion along river banks. It propagates quickly so it can colonise an area very quickly, is costly to remove and out-competes native species

The matter was raised at the last meeting of the Lifford-Stranorlar Municipal District by Cllr Gary Doherty, who is also chairman of the council's environment strategic policy committee, who said he wanted to know if the council had been engaged in a programme in this district to tackle this particular invasive species.

"I believe there may have been a pilot programme ongoing in conjunction with the Castlefin Flood Relief Scheme but the report before us only states that the procurement of contractors is ongoing for Castlefin and the Twin Towns," he said.

He added he knew this particular report to their meeting was out of date but wanted to know if there were any updates on not only Castlefin but for the Twin Towns and Lifford too. He pointed out he felt they should know about the threat posed by this invasive species not only in municipal districts but at the county level too.

"I believe any treatment of Japanese knotweed has to be on a multi-annual basis and given the concerns around invasive species and the impact that they have on the local environment it's very important we are dealing with it in the light of any projects we might have in this municipal district," said Cllr Doherty.

The council's senior engineer in water and environment services, Seamus Hopkins told the meeting that Japanese knotweed tends to be an aquatic plant along their riverbanks and was a key issue in relation to their flood relief schemes.

"We have procured or are in the process of procuring contractors to deal with it and that's ongoing. I know there is ongoing work with roads in relation to Japanese knotweed. I know there was an issue with hedge trimming because when you trim you are only spreading it along the roadside. There is an ongoing campaign of erecting signage to inform the public about the presence of the knotweed.

He revealed the council was looking at an innovative programme in the council's environment sector and through the flood relief schemes about an environmentally friendly way of dealing with it.

"It is in its very early stages but involves a mulch that can be spread and is entirely environmentally friendly. Effectively what it does is tricks the knotweed into believing that there is no sunlight canopy and therefore it goes dormant again. Every plant seeks to reach the sun and if it feels it is in an area where there is no sunlight it switches off. This is in its very early stages but it would be a very exciting development if it proves successful," he said.

Cllr Doherty asked what stage this new initiative was at.

Mr Hopkins said it was very much in the pilot stage.

"We are looking at its effectiveness and that hasn't been determined yet. It's very early days and I wouldn't like to jinx it but we're excited about it and we will see what happens," he said.