Catch this hilarious comedy at the Balor Arts Centre, Ballybofey on August 24, 25, and 26 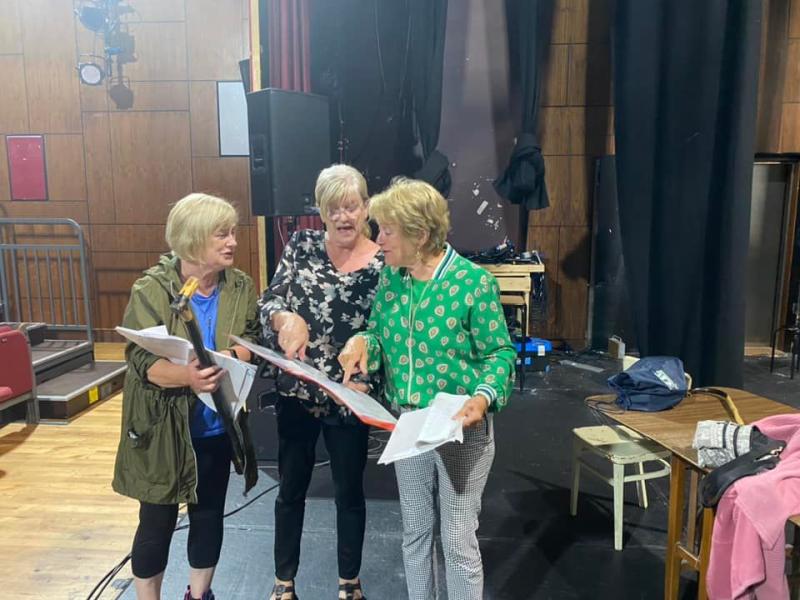 Mary Laverty, Mary Sweeney and Kathleen McGowan going through their lines for the new show which will be staged at the Balor Arts Centre, Ballybofey at the end of this month

Rehearsals are in full swing for Butt Drama Circle’s upcoming production of Jimmy Keary’s comedy The Two Loves of Gabriel Foley, directed by acclaimed director, Susan Houston Doherty and starring some well-known faces from many BDC productions over the years along with some brand new ones.

Gabriel Foley is a middle-aged bachelor farmer, who lives with his elderly mother. He has been unlucky in love many times, much to his mother’s frustration. She thinks she’ll never get rid of him.

Then he meets upmarket, Hazel Myers and joins the posh drama group in the nearby town in order to romance her.

He is unaware that Chrissie McCabe – a cheerful countrywoman, who comes in to help him and his mother – fancies him. By the time Chrissie makes her feelings known to Gabriel, he has already got Hazel’s attention. He and Chrissie decide to try going out together. He tries to let Hazel down gently, but Hazel is not a woman to give up easily.

Don’t miss the chance to catch this hilarious comedy at the Balor Arts Centre on August 24, 25, and 26. Call their box office now on (074) 9131840 or online at www.balorartscentre.com to book tickets now!