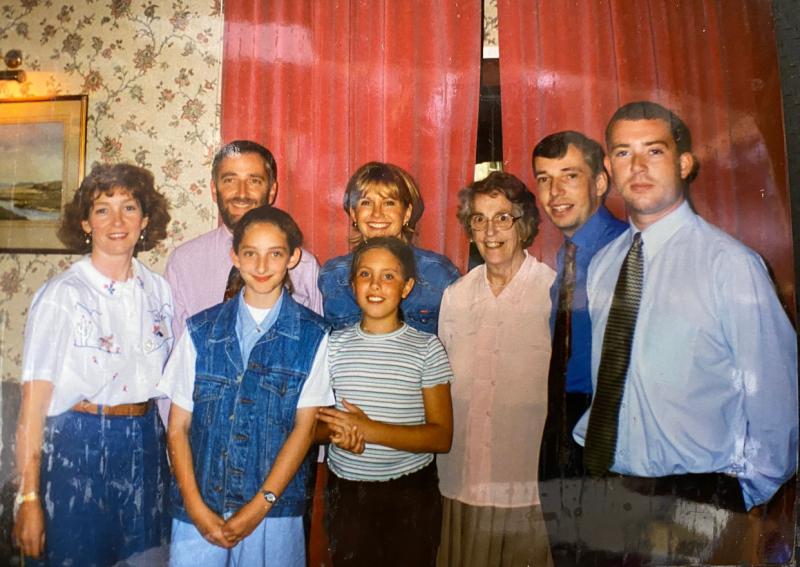 Aisling Arnold recalls star Olivia Newton-John and her daughter Chloe staying at Arnolds hotel when they came to Donegal in 1996.

Tributes have been pouring onto social media following the confirmation the star passed away peacefully at her ranch in Southern California on Monday morning. The Grease star was much-loved and proved an inspiration to many.

Aisling shared a photograph with dongallive.ie which was taken during the star's visit in which Aisling and Chloe stand side by side in the front. Also pictured is Aisling's mother, father, Gerarda, Derek Arnold, Olivia Newton-John, granny Ada Arnold, uncle Bill Arnold and her late brother Ryan Arnold in Arnolds hotel which is this year celebrating 100 years in business as a fourth generation hotel.

Ms Arnold recalls the star's arrival causing excitement in the popular Dunfanaghy town: "She stayed here when I was 10. Her daughter, Chloe, was the same age as me. There was so much excitement because such a celebrity was coming."

Olivia Newton-John arrived in Dunfanaghy as part of BBC1 Holiday with Jill Dando 1996.

Aisling recalled that Chloe had a great love of horses: "They had chosen a horse-riding trail holiday. Chloe just loved horses."

Both Olivia Newton-John and her daughter enjoyed their time horse riding in the area. Aisling described the star as an absolute lady who immersed herself in the local culture and enjoyed socialising with the locals.

"She was a lady, an absolute lady. She had a pint and enjoyed the music," she said.

Ms Newton-John also took the opportunity to do some shopping while in Dunfanaghy. Designer Edel MacBride tweeted: