10,000km-plus motorbike journey has taken him through deserts, mountains and war zones

A Killybegs man will complete his 10,000km-plus motorbike run between Dubai and Donegal this Saturday when he arrives back in his native Killybegs.

Evan Bourke decided to initially traverse 11 countries in a bid to raise badly needed cash for two international relief agencies and their efforts in supporting orphans in conflict areas.

This might now stretch to 13 due to the extra challenges of making the trip over some of the most uncompromising terrains in the world.

Since departing Dubai in the United Arab Emirates in July he's had to endure various trials from desert heats of 50 degrees Celsius to crossing the European Alps.

Evan says he is aware that he is lucky to be in a position where he can make such a trip when many in the world could not.

“This trip to my home is under my own steam and not a necessity. However, at least 27 conflict areas in the world today force families to leave their homes to survive.

“I am raising funds for the International Red Cross and Red Crescent who respond quickly and efficiently to help people affected by armed conflict. They also respond to disasters in conflict zones because the effects are compounded if a country is already at war This campaign will help orphans in need,” he says. 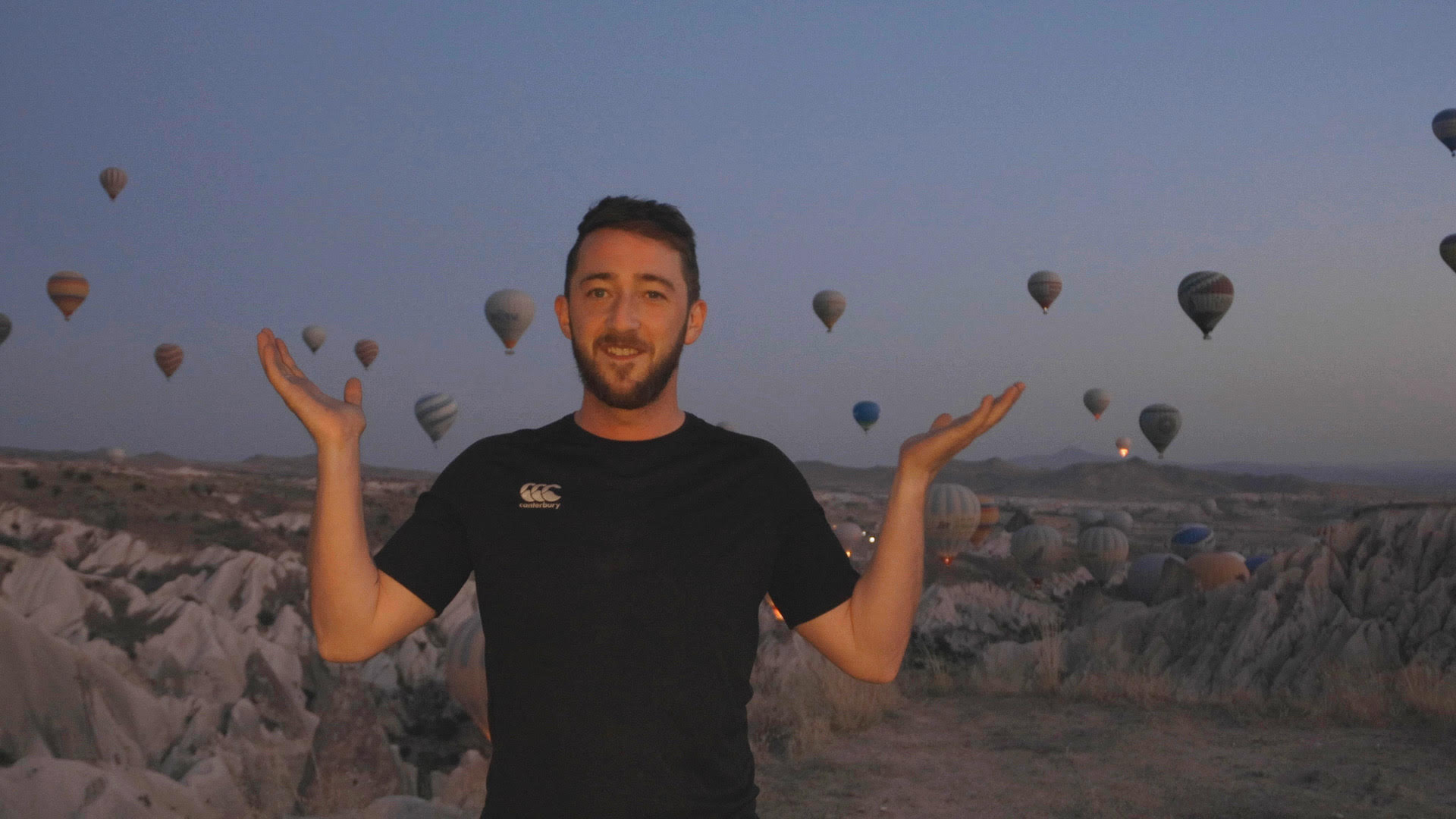 Evan at the hot air ballooning event in Cappadocia, Turkey

Evan points to some of the highlights of his trip so far.

“I travelled through Iran where I then entered Turkey and continued to along the Syria border where I almost went into Syria by mistake due to a Global Positioning System (GPS) failure.

“Following several more army checkpoints I passed through cities in Turkey like Ankara and Istanbul before continuing to Greece. From Greece, I went to Albania and Montenegro. Bosnia was the first place where I felt cold which was welcome after remembering the 50 degrees of Iran.

He adds the plan was 11 counties and 10,000km but already it been 10 countries with three more to do and many more kilometers, the trip is stretching out a little longer than expected. He now expects to arrive back in Killybegs on Saturday around 5pm.

Evan has renewed his appeal for support.

“If you can, please donate to help some children in need of great assistance,” he added.
You can contact him at Evanbourke@gmail.com