Stunning 360-degree views of Donegal and the neighbouring counties of Tyrone, Fermanagh, Leitrim, Sligo, and Mayo 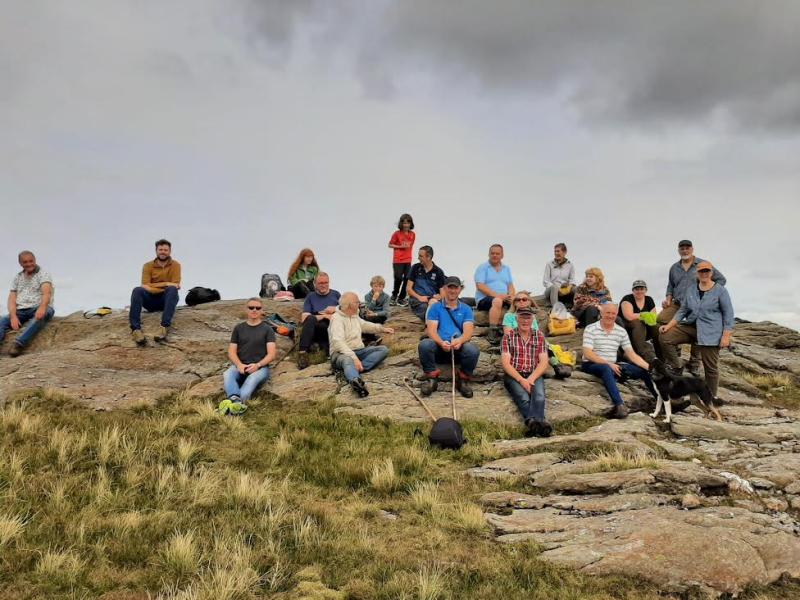 Enjoying a tranquil moment at the top of Silver Hill

It is fast becoming a doorway to finding out more about your native county, and what better way to do it than with a climb, song, and dance with the ever-resourceful Ceol Na gCruach committee.

Twenty-five hardy souls gathered at the Tavern around 11am to start the walk up Cruach an Airgid/Croaghanarget also known as Silver Hill. The group was made up of local musicians and hikers as well as four of a family from Seattle, USA, and others joined from Germany, Holland, and England.

It is a steep climb most of the way, however, shorter than the earlier walk into Carnaween in June but about 80m higher standing at approximately 600m.

The summit was reached around 2pm on what was a fantastic summer's day with stunning 360-degree views of Donegal and the neighbouring counties of Tyrone, Fermanagh, Leitrim, Sligo, and Mayo.

After some time figuring out the landmarks, Eachla, Errigal, St John’s Point, Marble Arch, Ben Bulben, and Croagh Patrick in the fabulous scenery, the climbers settled into some refreshments and a few songs from the group including a few local and a few from the US. 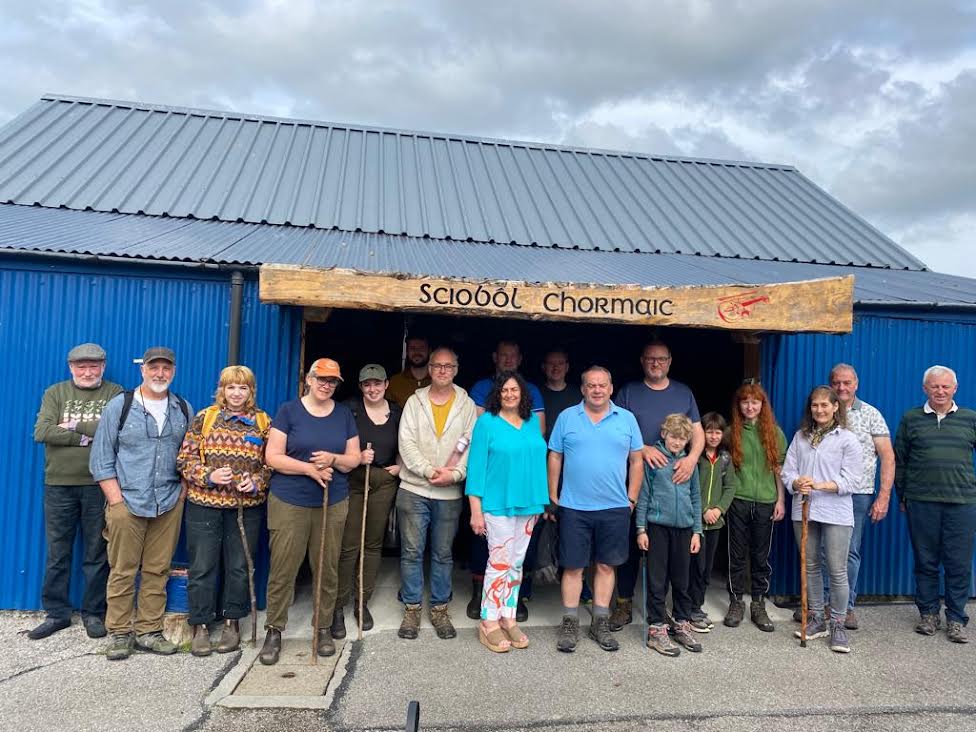 The group at base camp, The Glen Tavern, before heading for the hills

The summit is dotted with small spring lakes and on the way down everyone took time for a paddle in Carraig and Lochain. The journey down was faster and they arrived back at the Glen Tavern at 5pm where there were lots of discussion about the great walk and the incredible scenery from the summit of Silver Hill.

Everyone agreed that this should be called Condy's Walk' as those taking part walked part of Condy Campbell's land where he farmed sheep all of his life. The walk also fell on his birthday.

Shortly after arriving back the torrential rain began, how lucky everyone was to have escaped it. The music session began and was in full flight for the evening with local tunes and great Southern Appalachian tunes from Seattle family, Emily Teachout, Erik, Maggie and Ruby Neatherlin.

The Ceol na gCruach committee would like to thank the Donegal Local Live Performance Programming Support Scheme for their support of the event.

Next Event
The summit of Cruach an Airgid presents the walker with spectacular views of An Eachla mountain to the north and this area between Baile na Finne, Glenties, and An Ghrafaidh is home to a centuries-old Fianna legend that has been alive on the lips of storyteller for generations.

It illuminates the landscape through placename lore from Mullach na Muice, the townlands Srath Loingsigh, An Ghrafaidh, Mín an Ghriobaigh and Mín na Manrach, and both Loch Muc and Loch Finne, all of which are derived from this legend. 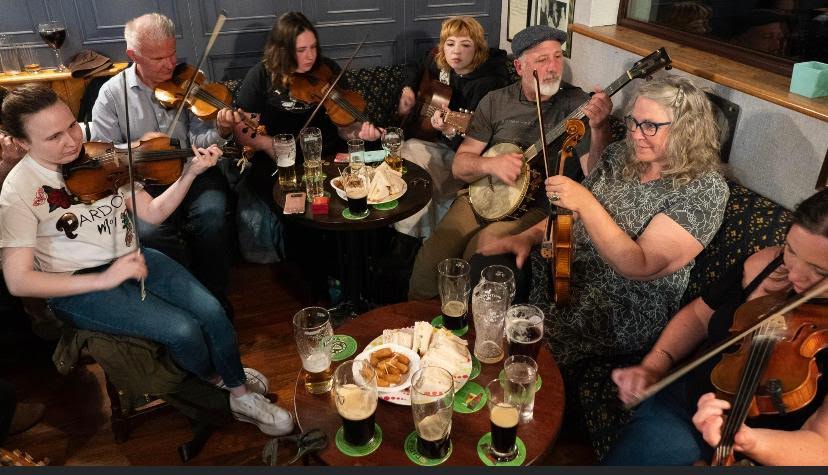 Music, song and dance continued in the Glen Tavern after the day's climb

The central characters are An Fearghamhain, his sister Finngheal, the black pig, and various Fianna warriors including Fionn Mac Cumhail and Óisín. Jealousy, stubbornness, and a magic spell lead An Fearghamhain back to Mullach na Muice where his scent is picked up by the ferocious and vengeful black pig.

What follows is a bloody chase on the southern and eastern slopes of An Eachla mountain that culminates at the heights overlooking Loch Muc and Loch Finne.

This story, unique to the area will be celebrated on Saturday, October 1 through a walk from Mullanmore to An Ghrafaidh and onto Baile na Finne by bus. An exhibition and concert featuring special guests will be held that evening at Éadan Fhionn Fraoich Hall.